Serge Sardo argues that recent research in Australia demonstrates that Emotional Intelligence is not simply an ingrained trait but can ...

Serge Sardo
Organisational behaviour
Save to my profile

Serge Sardo argues that recent research in Australia demonstrates that Emotional Intelligence is not simply an ingrained trait but can be taught. 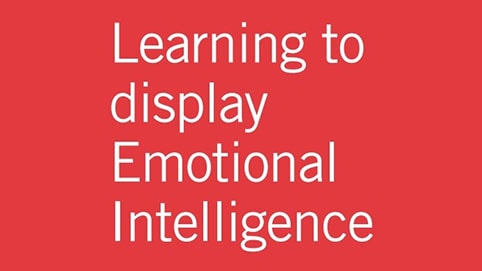 Published in 1995, Daniel Goleman’s Emotional Intelligence: Why It Can Matter More Than IQ remains one of the most widely read social science books in the world. The continued fascination with Emotional Intelligence (EI) goes beyond the fact that if we have only an average IQ we can at least claim that our EI is high. Today, not only can we measure EI we can enhance it as well.

EI is an attractive concept because it encapsulates the most powerful of human abilities that IQ misses – the ability to understand how our emotions impact on ourselves and on others.

US psychologists John Mayer and Peter Salovey first coined the term in 1990. After more than 10 years of further research they define EI as “an ability to recognise the meanings of emotions and their relationships, and to reason and problem-solve on the basis of them”. They further state that EI is involved in the capacity to perceive emotions, assimilate emotion-related feelings, understand the information of those emotions and manage them.

Such concepts have been around since Freud began his work on dreams but recent research conducted in Australia now provides us with the ability to measure, and most importantly, develop our EI as individuals and as teams.

Jumping on the bandwagon

The corporate world was quick to embrace EI. Goleman’s article “What makes a leader?” (Harvard Business Review, November/December 1998) became the most requested reprint of the last 40 years. Corporate enthusiasm made best- sellers of two more Goleman books on the subject of EI in the workplace.

The fascination for organisations was simple: EI appeared to explain that certain something about people that made them effective, extending the definition of “effective” beyond technical brilliance or business acumen. EI seemed to explain how some people had a knack for establishing and maintaining high-level working relationships and through these relationships be effective leaders. And yet a precise articulation or measurement of that “certain something” remained elusive.

Throughout the 1990s research studies began to uncover the effects of work relationships on productivity. In 1997 a UK study that became known as the Sheffield Effectiveness Study found that the human relationship factor of an organisational culture contributed more to productivity than any other factor including financial management.

Similarly, the value sets of people generically labelled as “Generation Xers” (born between 1963 and 1980) are probably a contributing factor to the shift towards a more people-centric style of leadership. Studies focusing on the needs and drivers of Generation X have consistently found that one of their single strongest workplace motivators is the relationship they have with their managers and colleagues. EI would seem to be the logical framework to help build these relationships.