Toyota is feted for its lean manufacturing, but before the production line beckons there is, what Freddy Ballé and Michael Ballé ...

Toyota is feted for its lean manufacturing, but before the production line beckons there is, what Freddy Ballé and Michael Ballé describe as, lean development. 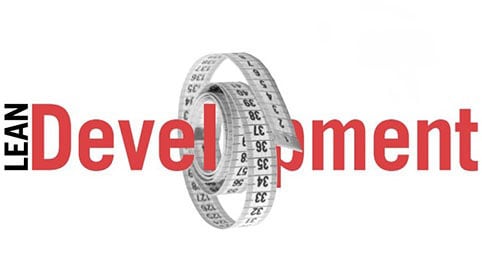 Toyota Motor Company’s production system, or “lean manufacturing” as it is known, has been extensively studied since the mid- 1980s. Many companies are now working at adopting “lean” practices on their shop floors. But, production is only half the manufacturing problem. Toyota’s product development process is just as innovative and counter-intuitive to traditional engineering management as lean manufacturing is to mass production. According to a National Center for Manufacturing Sciences report, Toyota product development projects can take half the time of US equivalents, with four times their productivity (150 product engineers utilised by Toyota per car programme versus 600 for twice as long at Chrysler).

As in the early days of the Toyota Production System (TSP), various approaches and best practices are vigorously debated in the automotive industry. From our experience with various suppliers to Toyota, interviews with Toyota engineers and the seminal research of Durward Sobek II and James Morgan comparing Toyota’s development process to its US competitors, we have tried to piece together current knowledge of Toyota’s lean practices. In this sense, Toyota’s approach to product development can be labelled lean development. Its starting point is Toyota’s ability to make sure that its engineers actually care about what customers think of their product. This means both creating a strong vision for the future product and communicating this vision to everyone involved in the development process. Once expressed clearly, this early vision serves as a reference to arbitrate conflicting constraints within the design process. In some cases, this vision can fundamentally challenge the existing product.

The second key to the Toyota development process is that it limits late engineering changes. While car makers are painfully aware of the disruptive power of late engineering changes, few have learned to limit them. Toyota has perfected a process which mostly avoids such late changes. Indeed, the Camry project manager at the Toyota Technical Center in Plymouth, Michigan, claims that the car’s chief engineer, Mr. Yamada, pushed for what he called “perfect drawings”, or “Zero EC” in Toyota-speak: no engineering changes were allowed after production drawings were released.

The third recurrent issue is mastering the flow of drawings and tool elaboration. The aim of any design process is to “industrialise” drawing production to increase overall design effectiveness.

This is rarely possible because of the on-going changes which cross-impact throughout the development process. Having largely solved key issues upfront in its design process, Toyota focuses on precise, tightly scheduled production of the actual drawings. In the Camry’s case, the number of vehicle prototypes was cut by 65 per cent, and the number of crash tests halved by the use of digital assembly software.

This links to the final key to an efficient development process: focusing on quality and cost in production itself. Drawing on its expertise in lean manufacturing, Toyota examines all aspects of the car’s production to make sure that it will be built within the targeted cost brackets once the design is released. Toyota’s emphasis on lean production and waste reduction starts at source.

These four key factors are the aim of every development process. What does Toyota do to succeed in practice where others fail?

As with implementing the Toyota production system, a more precise understanding of development practices doesn’t necessarily help to improve the efficiency of engineering projects for a number of reasons. First, it is not a collection of best practices which can be implemented piecemeal, but a system. Furthermore, a clearer understanding of the system also shines a different light on the practices themselves, and, in many cases, changes their intended purpose. As such, many of the Toyota practices only make sense in the light of the overall system. Shigeo Shingo, one of the early contributors to the TPS used to say that when asked “What is the Toyota Production System?”, eighty per cent of people would say “It’s a kanban system”, another fifteen would know enough of its working in the factory to say “It’s a production system,” and only five per cent would really understand its purpose and answer: “It’s a system for the absolute elimination of waste”.

The same can probably be said about Toyota’s product development process by replacing “kanban” with “concurrent engineering” which is probably the most well-known (and misinterpreted) design practice in the system.