How do you turn a laggard into a leader in just a few years? Mark Gottfredson and Steve Schaubert join forces with Alan Hirzel to reveal ...

Mark Gottfredson , Steve Schaubert and Alan Hirzel
Leadership
Save to my profile

How do you turn a laggard into a leader in just a few years? Mark Gottfredson and Steve Schaubert join forces with Alan Hirzel to reveal the key steps. 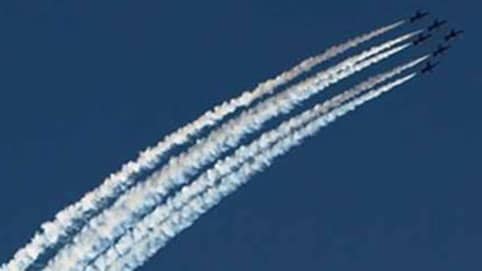 Warren Knowlton became CEO of the British company Morgan Crucible in January 2003, a time when the company was in serious trouble. Sales had declined in each of the previous three years, profits had vanished, debt was high and pension liabilities were three times the company’s market capitalization. Morgan’s banks were growing nervous, as were its shareholders: the stock price had declined 90 per cent between 1997 and 2002.

But Knowlton led a remarkably quick transformation of this venerable industrial enterprise. By mid-2006, Morgan’s continuing businesses had registered five to six per cent annual revenue growth for three years running. The company had paid down its debt and secured its pension fund. The share price had risen tenfold, and analysts were once more issuing “buy” recommendations.

Incidents of this sort are more common than one might think. John Taylor and his team brought Borealis, the big Vienna-based plastics company, from a loss position in 2001 to robust profitability by 2004. Idris Jala led Malaysia Airlines from nearinsolvency to profitability in about 12 months. In the United States, private-equity teams have rescued troubled companies such as Burger King and Toys R Us. Not long ago, Bain & Company researchers examined 21 of the most dramatic corporate transformations in the late 1980s and 1990s. “The most successful transformers … substantially completed their turnarounds in two years or less,” they reported. “None took more than three years.”

The lessons of the fast-turnaround experts have wide relevance today, because no high-ranking executive gets much time to demonstrate improvement. General managers typically hold their jobs for only two or three years; and, if they don’t produce good results, they will be moved out rather than up. Chief executive officers last longer only if they quickly deliver the performance that shareholders and boards expect. One study of departing CEOs in America found that the 40 per cent with the shortest tenure had lasted an average of less than two years. The lower half of this group had stayed on the job a scant eight months.