Nitin Bakshi
Strategy and entrepreneurship
Save to my profile

Nitin Bakshi, Assistant Professor of Management Science and Operations at London Business School, and two colleagues took part in a critical investigation of how to best improve US port security to meet the requirements of a new legislation that goes into effect in 2012. In a discussion with eBSR, Professor Bakshi talks about the two systems most likely to be used. 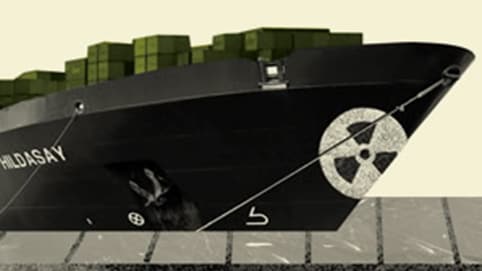 What makes the issue of port security so important?

Security experts agree that terrorists planning to launch a nuclear attack on the United States would first have to smuggle a weapon into the country. One promising way to do that would be to hide such a device in one of the millions of shipping containers that are used to transport goods in ocean-going vessels. How to stop this from happening without paralysing port operations by checking every single container has been a major concern. After all, the economic prosperity — and much of the power — of the US is heavily dependent on its access to worldwide transportation networks; and ports handle the bulk  of America’s imports and exports.

There must be inspection systems already in place, which raises the question of which you chose to examine and why.

There are a number of scanning systems available, and my colleagues (Stephen Flynn of the Center for National Policy  in Washington, DC  and Noah Gans of The Wharton School) and I chose to examine what are considered the two most likely to garner support as ways to meet the 100 per cent scanning objective of the US legislation going into effect in 2012.

Can you give us a little detail on each system?

One is the CSI security programme, which employs rules-based software to identify containers bound for the US that are at risk of being tampered with by terrorists. The programme requires that each container’s shipping manifest (containing information about the sender, recipient and contents) be sent to CSI officials 24 hours before the containers are put on a vessel that will call on a US port. After the manifest is analysed, containers identified as suspect are flagged for inspection by the local customs authority at the port of origin using some form of radiation-detection technology.

And the other system?

The other system under consideration was launched in 2007; known as SFI, it scans all US-bound containers arriving at participating overseas seaports with both non-intrusive radiographic imaging and passive radiation-detection equipment placed at terminal entrance gates. Sensor and image data gathered through this primary inspection are scored for risk, and those containers deemed high-risk undergo a more sensitive secondary inspection at the terminal entrance.

How did you measure the comparative effectiveness of the two systems?

We examined detailed data on the movement of individual containers, collected from two of the world’s largest international container terminals. Among other features, these data sets mark the entry and exit times of every container passing through each of the terminals, along with an indication of whether the container is bound for the US. Between the two ports, we had movement records for more than 900,000 containers. These historical records served as the basis for a simulation analysis that estimated the effect of the two inspection protocols on terminal operations, such as the speed of movement of the containers, the space requirements for inspection and the types of equipment involved.

What were the main differences between the systems?

The decisions about which containers to inspect also differ. The CSI system targets some five per cent of US-bound containers for screening, based on the examination of the manifests submitted before arrival; the SFI protocol inspects every US-bound container as it arrives at the entrance to the terminal. The CSI system requires that the containers deemed high-risk be moved from a holding area to a high-risk screening area in a separate location; unfortunately, this disrupts loading procedures. The SFI screening takes place at the entrance to the port, before the containers are put in position for loading. Although the SFI equipment is less sensitive, it is considered by experts to be precise enough to verify the safety of a vast majority of containers, thereby reducing the demand on more sensitive inspection equipment.

Given your research, which system would you recommend to policymakers?

Our findings suggest that a variant of the SFI inspection scheme is capable of being scaled up to satisfy the scanning and radiation detection requirement mandated by the US law. Its use of rapid screening by relatively low-cost drive-though portals would allow it to handle 100 per cent of all container traffic bound for the US, as well as other destinations, on a cost-effective basis without creating excessive congestion. In turn, the relatively small percentage of containers that fail this primary inspection could be scanned in a cost-effective manner by more sensitive drive-though equipment.

In contrast, the current CSI protocol, which relies on more sensitive equipment to scan high-risk containers in a centrally-located, government-operated inspection facility, would face significant hurdles were it to be scaled up to scan more than a small fraction of US-bound container traffic. Moreover, if ramped up, it would, in all likelihood, cause major congestion and raise shipping costs far more than the SFI system would.