Jeff Skoll, co-founder of eBay, philanthropist and the man behind the Skoll Centre for Social Entrepreneurship at Oxford University’s ...

Jeff Skoll, co-founder of eBay, philanthropist and the man behind the Skoll Centre for Social Entrepreneurship at Oxford University’s Saïd Business School, talks about why he is so passionate about social entrepreneurship. Interview by Des Dearlove. 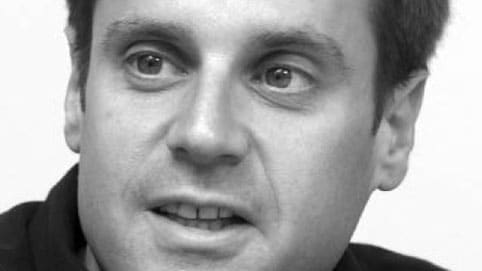 Did eBay always have a social mission?

Absolutely. Always, from the very start, the success of the community was the success of the company. One of the things that we were proudest of was that there were people who were buying and selling on eBay that were able to improve their lives substantially. It was because they had access to a level playing field, something that they had never had before. So single mothers were able to stay at home with their kids and make a living, disabled folks were able to make a living. Seniors, who couldn’t get around too well, were able to make a living, and they were also able to communicate with a lot of other people.

Because of the nature of how eBay started there was a lot of collector-oriented material being sold on the site. A lot of times the seniors might be experts in a particular field. All of a sudden, rather than being isolated in their homes and unable to see many people, they are able to share their knowledge online with other people who really appreciate it.

So there was a very good combination of heart and wallet from the start. In the genes of the company was a recognition of the importance of giving back to the community as the company grew. That led to the eBay Foundation, which was unique at the time. It was the first foundation created with pre-IPO stock. It took a little bit of work to make it happen but once we did that it became a model that other companies have followed.

Was there a turning point where you thought it was time to do something instead of eBay?

Yes, I think so. The turning point for me probably came about two, two-and-a-half years, after eBay had gone public in 1998. The company had reached the point where I felt comfortable that the management team could handle the company without me being there. Because of my involvement in the genesis of the company, until that point there was always something, some value or some knowledge, that I had of the way that this all worked. So I was very reluctant to let go. But once I felt that the values had been infused in the management team (and it is a superb group of senior managers, much more experienced than I was), once I felt that they had grasped the incredible importance of that community/company synergy and the values that held it together, at that point I felt comfortable moving on to start to pursue the dream I had of making a difference in the equation of inequities.