Infosys: Computing the power of people

Infosys, an IT services and consulting company, is a leader in management innovation in India. Julian Birkinshaw says its unique human ...

Julian Birkinshaw
Organisational behaviour
Save to my profile

Infosys, an IT services and consulting company, is a leader in management innovation in India. Julian Birkinshaw says its unique human resource practices are major reasons for its success. 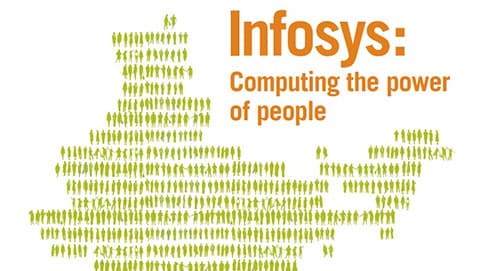 Where should you look if you want to find innovation in the workplace? One approach is to examine self-styled creative companies like Google who were born with different DNA from the rest of the world. Another is to search for the maverick individuals who follow G.B. Shaw’s famous dictum that the reasonable man adapts himself to the world, while the unreasonable man tries to adapt the world to his point of view.


A third approach is to seek out companies that find themselves managing on the edge – facing extreme or unprecedented challenges that force them to think afresh about traditional ways of working. For example, lean production emerged from the pioneering efforts of Toyota and other Japanese companies in the 1960s because they were faced with limited supplies of raw materials and space. In such circumstances, necessity rather than conscious choice is the mother of innovation. It is the same principle in technology innovation: oil well-drilling technology is led by the companies who have the most problematic oil fields, not the biggest reserves. And the developments in electric, fuel cell and hybrid cars typically emerge in countries where petrol prices are high.

Infosys, the Indian IT services and consulting company, is exactly such a company. It has achieved prodigious levels of growth since the early 1990s and has had to come to grips with unprecedented challenges in hiring, developing and managing its workforce. Faced with these challenges, Infosys has developed new ways of working. It hasn’t thrown out the traditional rule book altogether – in fact the company is pretty savvy about learning from the good practices of client and competitor companies – but Infosys has reached, and in many cases pushed forward, leading-edge practice in human resource management.

Seven Indian IT engineers founded Infosys in 1981. Among them were Narayan Murthy (now Non- Executive Chairman and Chief Mentor), Nandan Nilekani (former CEO and now Co-Chairman) and Kris Gopalakrishnan (current CEO and Managing Director). Ten years after its founding, Infosys was still operating as a fragile start-up, but a commitment to international expansion enabled the company to catch the tsunami of growth in demand for IT services in the 1990s.

Infosys led the charge of Indian companies onto the world stage in such industries as systems integration, business process outsourcing and IT consulting. It was the first Indian company to be listed on NASDAQ, and it was able to capitalize on the highly educated but relatively cheap Indian workforce years before competitors such as IBM and Accenture could. And by developing a Global Delivery Model (GDM) across 38 global centres that allowed it “to produce where it is most cost-effective and sell services where it is most profitable”, Infosys offered a set of services that few competitors could match.

As Nilekani observed: “Infosys’ goal has always been very consistent: it is to stay ahead of the next big trend.” To do this, the company has focused on getting the most from its employees. As Hema Ravichandar, former Senior VP of Human Resources, put it: “It was our emphasis on transparency, communication and employee connect that set us apart from other organizations.”

Like any fast-growth company, Infosys has gone through several major transitions in its human resource policies and processes. In the early days while the company was small, HR systems were ad hoc. But high growth created an array of challenges. Employees’ technical abilities started to get ahead of their managerial abilities, so in the 1990s the company developed a strong human resources department and an education and research department to professionalize its workforce, build skills and create loyalty. Another challenge was the limited number of computer science graduates from Indian universities, so Infosys hired graduates with other backgrounds to broaden its talent pool. With the emergence of the Internet, online recruitment systems and a corporate Intranet were developed. Once this platform was in place, a series of additional initiatives followed around issues such as diversity and quality of work life, attracting new types of employees and linking HR practices to the broader strategic goals of the company.

In fact, over the last two decades, Infosys has been a consistent leader in management innovation in India (see sidebar). Let’s look at Infosys’ practices in four areas, before returning to the broader issue of how they emerged.