Corporations in the developed world increasingly see India as a high-growth market.How did this all happen? Nirmalya Kumar shares the ...

Nirmalya Kumar
Business management and operation
Save to my profile

Corporations in the developed world increasingly see India as a high-growth market and its companies as acquirers of their assets, global competitors, partners for enhancing the competitiveness of their global value chain and a source of new energy and dreams for the world economy. 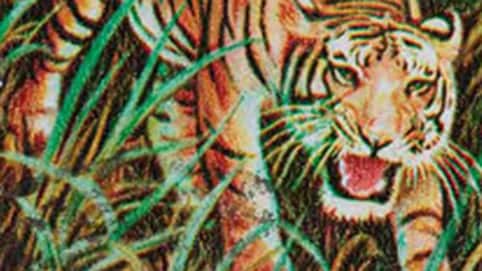 How did this all happen? Nirmalya Kumar shares the essence of what he learned from 10 trips to India to interview more than 30 CEOs and top executives who are unleashing the new global power of Indian firms.

Last November, the world of space exploration took another step forward when a two-year programme to find out more about the nature of the moon’s surface climaxed when a box-shaped probe landed on the lunar south pole. According to a November 15, 2008, news report by Associated Press, the country that launched the probe rejoiced “at joining an elite club by planting its flag on the moon as the country’s space agency released the first pictures of the cratered surface taken by its maiden lunar mission”.

But an expanded scientific collection of lunar photos wasn’t the only thing that was new. As AP continued, “The box-shaped probe was painted with India’s saffron, white and green flag, sparking celebrations in the country that is striving to become a world power. ‘The tricolor has landed,’ the Hindustan Times said in a banner headline, while The Asian Age proclaimed ‘India is big cheese.’”

Exactly right. With that lunar mission, India joined the ranks of the US, Russia, the European Space Agency, Japan and China. It financed its scientific programme with the largesse derived from a decade of robust economic growth – in fact, by 2008, India’s economy had become so strong that it was investing more capital in other countries than the reverse. Indian foreign investment in the financial year closing March 31, 2007, exceeded the cumulative total foreign investment by Indian companies in the 58 years between its independence in 1947 and 2005. In 2007, the Indian corporate sector was involved in $60 billion of merger and acquisition (M&A) activity, up 109 per cent over 2006. While it was the flag of India that adorned its first lunar spacecraft, one could say that the capsule itself was built under the aegis of India Inc.

Ironically, what India achieved for the first time on the moon happened while everyone on Earth (India included) was struggling with economic setbacks not seen since the 1930s. Just to give you a feel for the extent of the market tumult, India’s famed automaker, Tata Motors, saw its stock price fall by 80 per cent in less than a year. One could cite similar dour statistics for many Indian corporations.

But India is a country that plans to soar in good times and bad, and the story of its explorations of the moon is a perfect metaphor for the growing presence of India on the world stage. The AP says that India is planning to launch a lunar rover in 2011, followed (some hope) soon thereafter with a manned mission. Exciting stuff. But, in many ways, what India has accomplished – and plans to – in the world of business is even more exciting. In many ways, India’s business journey has just begun; and the global marketplace will never be the same because of it.

If one considers the staggering development of Indian commercial success over time, it is a magnificent achievement for a culture that was always willing to dream (and do) more. One cannot really grasp the potential for Indian business unless one also understands the roots of Indian enterprise. The rise of India Inc. can be summarized in four words: from local to global. The transformation of Indian companies from domestic to global players went through three phases. In the pre-reform phase, prior to 1991, Indian business was under shackles, first from British colonialism and later (post-independence) from socialist policies. In the second phase, post- 1991 economic reforms necessitated a decade-long corporate restructuring to make companies globally competitive. Now, in the third phase, Indian companies are increasingly going global. Here’s a quick historical overview.

Indian business from the country’s independence in 1947 until the economic liberalization programme of 1991 was uniquely shaped by the constraints imposed by three factors: Indian culture, British rule and post-independence socialist policies. It resulted in a domestically focused, unique and somewhat perverse Indian business model that left companies in poor shape but their owners wealthy.

The wonderful author and short story writer Anita Desai certainly was familiar with the business world; her father, after all, was a Bengali businessman. Thus, I found a comment by her both intriguing and compelling (and spot on): “India is a curious place that still preserves the past, religions, and its history. No matter how modern India becomes, it is still very much an old country.”

Indian culture Change is slow in ancient cultures like India’s, and key aspects of India’s cultural and social history (especially Hinduism, practiced by 85 per cent of Indians) played an influential role in shaping the traditional Indian business model. A crucial element of Hinduism, the system of castes and sub-castes, functioned like medieval European guilds. It ensured division of labour and provided for training of apprentices. Over time, the caste system became a source of hierarchical differentiation in Indian society, in which traders (Vysyas) and those engaged in business were placed above only the lowest Sudra caste, but below the priests (Brahmins) and warriors (Kshatriyas). Furthermore, as the four-caste system fragmented into hundreds of sub-castes, it restricted people from changing their occupation or aspiring to a higher caste.