In Praise of HR: The Soft Stuff Can Actually Lead to Some Hard Competitive Advantage

A company’s real, sustainable competitive advantage is almost always based on the softer, intangible parts that HR executives care about ...

A company’s real, sustainable competitive advantage is almost always based on the softer, intangible parts that HR executives care about – and very seldom on the hard stuff that’s easier to capture in numbers, such as production capacity, cash reserves or even brand recognition. 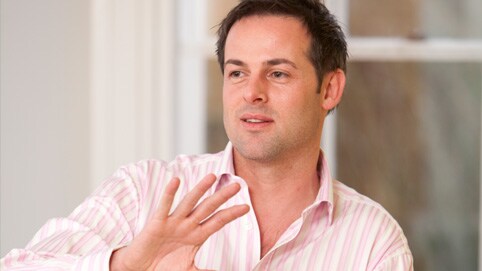 It’s not easy being an HR executive. Just when you are about to applaud the cultural compatibility of a proposed merger someone starts talking about upstream synergies in the value chain. Or you unveil an innovative executive training programmed and boardroom colleagues question its net present value and pay-back time calculation. Or there is a crisis and the company needs to cut costs, so your desk is their first stop, since surely training, recruitment and work-life programmers are easily expendable?

Such attitudes are common, but they are also evidence of startling business naivety. A company’s real, sustainable competitive advantage is almost always based on the softer, intangible parts that HR executives care about – and very seldom on the hard stuff that’s easier to capture in numbers, such as production capacity, cash reserves or even brand recognition.

The hard stuff is often also the easiest to imitate. Production capacity, stock and sales points are things money can buy. A skilled and motivated workforce, a company culture which draws commitment and loyalty and effective informal networks and processes, are much harder to emulate, no matter how much money you have.

In fact the world of business is full of habits and beliefs which are taken for granted and rarely questioned. As an academic, I like to examine the research evidence about what actually happens in the real world of business – rather than what executives and consultants think should happen. Much of the evidence shows that HR practices do indeed have bottom line value. Here are a few of my favourite examples.

Downsizing (almost) never works. But good HR practices will be one of the success factors


Firms engage in downsizing to boost their profitability. But does it work? It has obvious advantages – waving the hatchet lowers headcount quite effectively and leaves you with lower staff costs. But there are some risky potential disadvantages, such as lower commitment and loyalty among the survivors. Academic studies indicate unwelcome rises in voluntary turnover rates after downsizing, often leaving a company leaner (and lamer) than intended.

Professors Charlie Trevor and Anthony Nyberg from the University of Wisconsin-Madison decided to examine who could get away with a downsizing programmed or, put differently, what sort of companies did not suffer from a surge in voluntary turnover following a downsizing programmed. The answer was pretty clear: companies that had a history of HR practices that were aimed at assuring procedural fairness and justice – such as having an ombudsman who is designated to address employee complaints; confidential hotlines for problem resolution; the existence of grievance or appeal processes for non-union employees, etc. – did not see their turnover heighten after a downsizing effort. Companies with good work-life balance benefits – such as paid sabbaticals, on-site childcare, defined benefit plans, and flexible working patterns – also did much better. The surviving employees were more understanding of the company’s efforts, had higher commitment, and were confident that the downsizing effort had been fair and unavoidable.

So downsizing can work; but only if you have previously taken commitment to your people seriously.


Another myth which non-HR executives tend to harbour, is that star employees can easily take their virtual Rolodex and join a competitor – where they will make them just as much money as they did for you.

This is a painful underestimation of the value of a well-designed organization, and overplays the supposed portability of many star employees. Professor Boris Groysberg from the Harvard Business School examined top performing security analysts and what happened to their performance when they moved to another firm (for an even higher pay cheque); it pretty much always plummeted.

Even security analysts (who are often thought to be able to take their skills anywhere) were much more dependent on the specifics of the organization in which they were embedded than they, and their employers, realized. Hence, careful, firm-specific HR practices help certain individuals perform better – and they can’t just replicate that business in another company.

Many top executives are just as frightened of clients or customers poaching their top employees, as they are of competitors’ advances. And, of course, losing your well-trained, top-performing employees is hardly ideal.

However, there is definitely a potential upside – as Professors Deepak Somaya, Ian Williamson and Natalia Lorinkova discovered. They examined the movement of patent attorneys between 123 US law firms and 109 Fortune 500 companies from a variety of industries. And they found strong evidence that if a client company recruited a patent attorney from a law firm, that law firm would start to get significantly more business from that company.

Hence, your employees leaving for your clients can be a good thing; they bring you valuable business. McKinsey understands and manages this process particularly well; when you leave McKinsey you automatically become an alumnus of the firm (rather than a deserter). The firm carefully nourishes its relationship with alumni, because they subsequently bring a large chunk of their business through the door.

The final persistent myth that HR skeptics favour, is that HR costs money and that shareholders do not appreciate all sorts of soft measures, such as work-life programs. That used to be true in a bygone era, but no more.

For example, Professor Michelle Arthur, from the University of New Mexico, set out to examine stock market reactions to the announcement of Fortune 500 firms adopting such work-family initiatives. The results were very clear. In the early 1980s, the stock market would hardly react at all to such soft and fluffy initiatives; if anything the effect of the announcement on a firm’s share price was slightly negative (-.35%). However, that changed into the 1990s, when announcement of a work-family initiative caused an immediate rise in stock price by, on average, .48%. That may seem peanuts at first sight, but if you are a £5 billion company, it implies that even one such initiative would immediately increase the value of your firm by £24 million.

So executives who question the (shareholder) value of work-life initiatives are simply stuck in the 1980s; nowadays even the stock market recognizes their value.

You may know the story of the inebriated cyclist searching for his bicycle keys under the lamppost, although he knows he lost them somewhere else. He tells a passer-by that he is looking for them under the lamppost because “it is light there, and I will never be able to find them in the dark” (where he had actually lost them). The story reminds me of the executive who is trying to solve a company crisis or gain a competitive advantage by managing the things that can easily be measured (production capacity, headcount, profit & loss). Those things may be easy to observe and influence but they are seldom the real root of the problem, nor do they really harness your competitive advantage.

To do that, you have to look where things are much more difficult to measure and manage – to the loyalty of your workforce, their motivation and job skills. Manage those things well and you are truly entering the light.