How well is your organisation?

Can an organisation that doesn't prioritise wellness be sustainable? Inam Ul Haq investigates.

Inam Ul Haq
Sustainability
Save to my profile

Can an organisation that doesn't prioritise wellness be sustainable? Inam Ul Haq investigates. 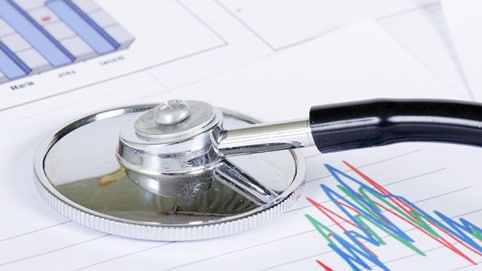 When it comes to achieving and sustaining shareholder value, what defines success is, paradoxically, the focus on shareholder value itself. Shareholder value-focused leaders invest heavily in those things that enable targets to be met quarter by quarter, year by year. But they tend to neglect investments in company wellness, which need to be made today in order to sustain tomorrow. Leaders of successful and enduring companies make substantial investments not just in near-term performance related initiatives, but in things that have no clear immediate benefit, nor any cast-iron guarantee that they will pay off at a later date.

Wellness is the ability of an organisation to create employee value, consumer value, shareholder value and social value simultaneously through alignment, execution and dynamism to renew itself. For companies to achieve sustainable shareholder value they must be well; this means they must actively manage both their shareholder value creation and their wellness. Organisations such as Lehman Brothers, Enron, Nokia, BlackBerry et al created a huge amount of shareholder value but then took an ugly fall. And it wasn’t just their strategic mistakes that caused this – their fundamental business models were flawed.

In fact, strong financial performance can have a negative impact, sometimes leading to wellness issues. In the months before the 2008 economic crash, the financials of most banks were at record highs. As it turned out, this didn’t mean that the banks were in the best of organisational health.

Consider BlackBerry, which, until recently, accounted for 93 per cent of smartphone sales on Verizon. Granted, the iPhone didn’t come to Verizon until 2011, but a drop from 93 to 6 per cent in about four years is breath taking. The iPhone was not the cause of BlackBerry’s downfall. Instead, its parent, Research in Motion (RIM), was felled by broader problems including management’s resistance to consumer interest in media focused touchscreens, an outdated business model and a developer programme that was too expensive, restrictive and onerous for developers large or small.

Another classic example of not understanding the importance of organisational wellness is the ‘detroitosaurus’ (a term coined by The Economist), General Motors. The New York Times reported that “GM’s core problem is its corporate and workplace culture – the… essential attitudes, mind sets and relationships that are passed down, year after year.” The article quotes from a “brave and prophetic” memo written by former GM executive Elmer Johnson as early as 1988: “We have vastly underestimated how deeply ingrained the organisational and cultural rigidities that hamper our ability to execute.” In the end, GM’s undoing came down to decisions that overemphasised short-term performance and neglected factors contributing to long-term success.

It all starts with better employee value, which creates better consumer value and therefore exceptional shareholder value. Finally, in order to sustain that exceptional value, an organisation needs to invest in social value.

So when was the last time you sat down and thought about your business model? How good is your organisation at creating the four arms of value simultaneously?

I urge you to ask these questions today and revisit your business model if your organisation is to become profitable, sustainable and responsible over the long term. If you want an organisation that is truly built to last, you must know the answers to these questions every single time you sit down and pose them to yourself.