How passive face time could make or break your career

Whenever an employee interacts with a supervisor, some impression is made — both ways. Does the employee come across as competent? Does the manager seem committed to those he’s supervising? But what about the judgements formed by managers about employees when they are not interacting, when the manager only observes them at work? Dan Cable, Visiting Professor of Organisational Behaviour at London Business School, has been studying ‘passive face time’ and drawing some fascinating conclusions. 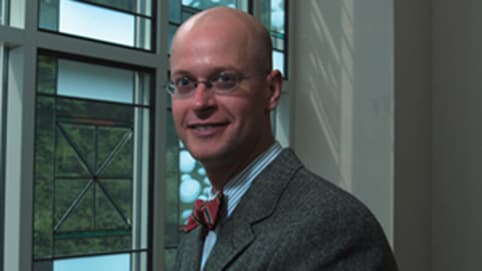 Most people have heard the term ‘face time’ and know it refers to face-to-face interaction. Usually it is used in discussions concerning improving work-group interactions, and there have been many studies about it. Why did you decide to investigate this topic further?

The type of face time you refer to is ‘interactive’; and, yes, it has been widely studied. But my concern here is passive face time. Telecommuters have complained in the popular press that they feel disadvantaged when managers give performance feedback. So, it led to the question: what is the effect of passive face time on other workers’ perceptions and, perhaps more importantly, on supervisors’ perceptions?

So your studies focused on passive face time?

Yes, I worked with Professors Kimberly Elsbach and Jeffrey Sherman, both of the University of California, Davis; we focused solely on the amount of time someone is passively observed (that is, without any interpersonal interaction) at the work site. We did this via two studies.

Is this related to organisational citizenship behaviour studies?

Organisational citizenship behaviours (OCB) involve the study of factors such as conscientiousness, thoughtfulness and commitment to the community — in terms of how they affect organizational health. I was interested in exploring a possible trait-based gap in the research concerning perceptions: how people (based on their observations) think about others. My experience is that the interpretation of behaviours by an observer can leave open some important questions.

How does this tie to face time?

The contextual cues surrounding the display of face time can be quite revealing. For instance, consider an employee who is observed working extracurricular hours. If her supervisor sees her working late, chances are the supervisor will be impressed with her dedication to the company. Now suppose she is working late because she knows the supervisor is there and she will be seen; and she knows her performance evaluation is coming up. Is she really dedicated?

In this case, was the supervisor making a ‘trait inference’?

People make inferences, probably subconsciously, about what they have observed about others. Our study questioned how observers perceive displayers of passive face time in professional work contexts.


I’m curious about how you researched this. Can you describe the process of one of the studies?

In the first study, our responders had to be actually immersed in a context in which actual face time was observed on a routine basis. So I looked for real-life workers with supervisory responsibilities. Our subjects responded to an email sent to alumni of a local MBA programme asking for volunteers who would sit down for an in-depth interview regarding employee performance perceptions. They not only had to be supervisors, but they also had to be supervised themselves.

Volunteers from 30 different corporate offices in northern California were interviewed in detail for about an hour. Participants consisted of 39 managers, (25 men and 14 women, all about 30 years old). They had worked an average of nine years in a corporate environment and had been with their current employer an average of five years. Most worked for high-tech companies in the computer or biotechnology industries. Everyone had some supervisory responsibilities that required them to make judgements about the work performance of others. All worked in an office and were not telecommuters.


So you extracted information about what an employee was doing when he or she was observed — like sitting at his desk — and the kind of impression the behaviour left on the observer-manager?

Right. Seven common descriptors emerged, such as “I always see him when I walk by his office,” or “I always see him if I happen to come in on the weekend.” These descriptors were then categorised by the type of face time displayed: expected or extracurricular. ‘Expected’, in our study, meant the behaviour was observed during normal business hours and ‘extracurricular’ referred to after-hours behaviour.

Next, the types of traits that observers inferred from the displayers were noted. The information was collected and given trait inference or causal (meaning self-serving motivations) attribution codes. The information was arranged into a seven-column table under these headings:

Here’s one sample: under the expected behaviour category, observers often stated that the displayer was sitting at his or her desk ‘on time’ or ‘all the time’. From that, they inferred that the worker was dependable. If the worker observed was engaged in work in a public area or was highly visible, they were deemed trustworthy.

What about those who were in the extracurricular category?

Again, one sample: employees who showed up early or stayed late were considered dedicated or committed.

Was there a key finding?

Perhaps the most interesting finding from our studies is that observers appear to interpret passive face time as an indicator of specific traits (for example, responsible, dependable, committed, and dedicated), and that the context of passive face time (that is, whether it occurs during, versus outside-of-normal, work hours) is critical to the particular traits that judges assigned to those displaying passive face time. Further, these trait inferences appear to be made spontaneously, without intent or knowledge of the process by observers.

What about those employees who work at home: is it possible that a manager may be aware that — even though the company encourages working from home — he or she may, in fact, have a bias against such work?

It is more likely that the manager may be unaware that he or she views employees who are in the office more favourably than those who are not seen.

Did your research address that possibility?

Actually, yes, we did as part of the second study, which tested the hypotheses of the first. To establish this, we added ‘full-cycle’ research to prove that inferences were made without the observer realising it. We used a false-recognition experiment to expose the subject’s unconscious bias; what this means, in short, is that if a participant falsely identifies a trait word that was not included in a description of a trait, but was strongly implied, it is evidence that the trait was spontaneously inferred. Test results showed that the four trait words — responsible, dependable, committed, dedicated — were falsely recognised frequently by participants while decoy trait words were almost never inferred.


Still, in the final analysis, shouldn’t a worker’s evaluation depend mainly on performance?

It depends on the type of evaluation the company uses. This research adds to the growing evidence that managers should not rely solely on trait-based performance evaluations. Managers need to explicitly measure work output and contributions to corporate performance.

So, telecommuters who complain that their career advancement is suffering in terms of status, performance evaluations, raises, promotions and job security do have a point — even though their actual productivity may be fine, they quite possibly may be suffering from not being observed performing. The potential for this certainly exists.

Then, being seen is instrumental to being promoted?

This much seems true: for those employees who can hang around the office before or after hours, it may actually play a role in their career advancement. As to just being seen in the office, it is clearly a benefit.

Your work seems to offer many new insights on a topic needing much more study.

Our findings are important in that they offer some initial evidence about the importance of passive face time, which has not been examined in scholarly investigations. Put in the broader context of performance management, passive face time can affect employees’ status, performance evaluations, raises, promotions and job security — even though being observed at the work site may not be linked to actual productivity.