How London really won the games

The 2012 Olympic Games were never supposed to be in London. Michael Payne provides the inside story on how the bid was won.

Michael Payne
Strategy and entrepreneurship
Save to my profile

The 2012 Olympic Games were never supposed to be in London. Michael Payne provides the inside story on how the bid was won 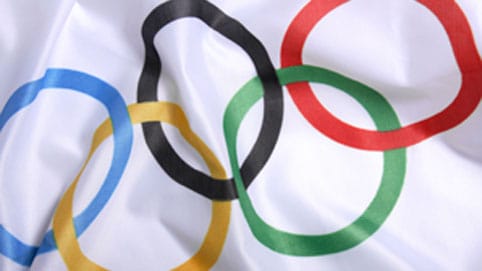 London entered the race to host the 2012 Olympic Games back in 2003. It was an outsider and stumbled through the early bid process. London trailed behind the favourite Paris, with Madrid, New York and Moscow all running hard.  London even struggled to find a CEO willing to take on the daunting task of leading the bid.  Perhaps surprisingly, no UK executive saw it as a particularly enticing career move, and eventually the American business woman, Barbara Cassani was persuaded to step forward. By the time the International Olympic Committee (IOC) had completed its initial evaluation of the technical files, London was ranked a distant third in the race and, by some, in an increasingly lacklustre fourth place.


If the technical challenges were not enough, the London bid received a potentially knock-out blow to any small chance it might have had when, on the eve of the Athens Games in 2004, the BBC’s Panorama programme ran an investigative exposé on the bidding process.  Undercover reporters were sent in as representatives of certain ‘business interests’ exploring what it would take to buy votes from IOC members and ‘their agents’ for London.  At the time, the IOC was only just recovering from the trauma of the Salt Lake City scandal, and the idea of facing seven years under the microscope of the UK media, was not a particularly attractive proposition for the IOC members London needed to persuade to vote for the city.

In the corridors of the Hilton Hotel – the main Olympic hotel that night -- Lord Coe, who had just taken over from Cassani, and IOC member Craig Reedie tried to put a brave face on the problem, but they both knew that it would take nothing short of a miracle to get back in the game.

The view from the mountain

I had watched London’s unimpressive campaign from the IOC where I was its broadcast rights and marketing director.  Then, in December 2004, having left the IOC, I caught up with Seb Coe.  I told him, simply, that in a straightforward technical race, London did not have a chance. Paris was pulling ahead, and was viewed by many in the Olympic establishment, as having a much better plan. Madrid remained a dark horse, but with the political support of the former IOC President Juan Antonio Samaranch, was never to be underestimated.

Seb asked me outright what I thought it would take for London to win. I told him I had no instant answer, but it was clear London needed a new game plan, a big idea. I suggested that a few days in the Swiss Alps would be the perfect place to come up with such a plan. Fresh mountain air would lead to fresh thinking.  And so over New Year’s Eve, Seb spent three days trekking around the slopes (he does not ski) and sitting around the fire throwing ideas around.

Over glühwein and schnapps, Seb identified the biggest threat facing the Olympic and sports movement as the growing disenfranchisement of the younger generation.  This was the challenge which he thought London could take on.  He believed – and still does so -- – that London could offer ‘a global platform to allow the IOC to reconnect with the youth’.  I advised Seb to bounce the idea off a few IOC members and gauge their reaction. By the end of January, it was clear that this was the big idea, that just might be able to change the race to host the 2012 Games.

Bidding for the Olympics is a race. You need to run so that you build momentum as you approach the finishing straight.  Seb, one of the greatest of British Olympians, knew all about race tactics and, as the vote approached, he used all of his finely tuned political skills to rebuild confidence in London’s proposition.

It wasn’t plain sailing.  At this point, London was still struggling to pull together all the necessary guarantees to present to the IOC, including key financial undertakings from the Government. The Chancellor, Gordon Brown, was not keen to sign off the guarantees. Indeed, he was only persuaded to do so on being told there was no chance of London winning, and the guarantees ever being called upon!

The host city is elected by IOC members at its annual general assembly. To win a city needs a simple majority. This can take multiple rounds of voting. The city with the least number of votes drops out until you are potentially down to just two cities.  At the IOC meeting in Singapore in 2005, the London vote counters calculated an array of different scenarios.  But, they knew that if they made it to the final against Paris, they would have a strong chance of winning. Paris by now had lost its front runner status.  But, if the final were against Madrid then it was unlikely London could meet the political might of the Latin block and lobby.

It was with trepidation that the London team watched the voting in the second round. Before the IOC President could announce the results, the Greek IOC member asked for voting to stop, as he had pressed the wrong button on the electronic voting device. The President refused to stop the voting.  This was as accidental as it was crucial.  Paris scraped through by two votes to the final.

It was claimed that the Greek member had mistakenly voted for Paris rather than Madrid. If his vote had been cast for Madrid, the Spanish capital would have tied equally with Paris, and forced a run off. Most commentators agree, that Madrid would have beaten Paris and gone through to the final against London and Madrid would have have emerged victorious.

Since London’s election in 2005, the Olympic Movement has continued to go from strength to strength. Beijing 2008 proved to be the ‘coming out’ party that all expected of China, although only history will record in a twenty years of more, the true social and political impact that the Olympics had on the country and Chinese society.  The IOC has gone onto seek out new territories, with Sochi, Russia winning the right to host the 2014 Winter Olympic Games; Rio de Janeiro claiming the 2016 Olympic Games, (the first time the Olympics heads to the South American continent); and Pyeongchang, Korea the 2018 Winter Olympic Games.

Broadcast rights have continued to grow, although with the emergence of social media, the IOC is once again being challenged to rethink its media business model. No-one is suggesting that the broadcast model is dead – far from it; if anything the rights fee model is stronger today than it has ever been, despite a challenging economic environment. But, the debate that began in the 1950s over the business model of broadcast rights, and continued in the 1990s with the internet, is now resurfacing with social media – how to monetise the opportunity, protect existing revenue sources, and find new ways to enhance the offering to Olympic partners.

Sponsorship has also continued to grow. London 2012 met its ambitious targets, fortunately getting out to market before the recession set in. However, the new territories of Russia and Brazil have continued to show the potential value of the Olympic brand, in developing markets, with local sponsorship programmes, setting new records, far exceeding the commitments of the international sponsors.

All of this adds lustre to the remarkable story of the transformation of the Olympic Movement.  With the cities already forming in line to compete to host the 2020 Olympic Games, the stakes and the interest in the Olympics has never been greater.  Faster, higher, stronger is the Olympic motto.  It has never been more powerful and necessary.

Michael Payne is the author of the bestseller, Olympic Turnaround. The ebook of Olympic Turnaround is now available on Kindle and a paperback edition is published by Infinite Ideas.  He will be speaking at the Global Leadership Summit at London Business School on 21 May 2012.