David Plouffe, President Obama's former campaign manager and White House adviser has been taken on by Uber, the ride-sharing app ...

Richard Hytner
Leadership
Save to my profile

David Plouffe, President Obama's former campaign manager and White House adviser has been taken on by Uber, the ride-sharing app platform, to mastermind its campaign to spread Uber's cool to every corner of the car-riding universe. Hear from Richard Hytner. 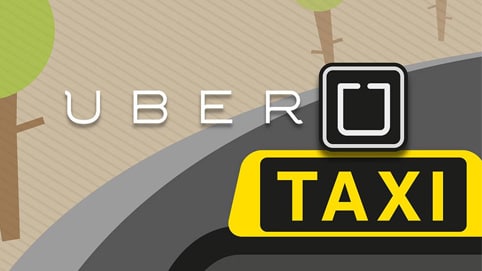 One asset that will no longer be riding up and down in the elevator of car app company Lyft next week will be its Chief Operating Officer. One can safely conclude that Travis VanderZanden’s departure was acrimonious, because it was accompanied by one of those euphemisms for total breakdown in managerial relations:


‘’We’ve talked about the future and all agree that Travis will move on as we move forward into the company’s next chapter of growth. We appreciate everything he’s done here, and wish him the best in his next adventure.”

In the same week Uber, the ride-sharing app platform and Lyft’s arch rival, seduced David Plouffe, President Obama's former campaign manager and White House adviser, to mastermind its campaign to spread Uber’s cool to every corner of the car-riding universe. Plouffe’s campaign will take on Lyft, regulated taxi industries, and all others choosing to stand between Uber and its expansive ambition.

The new senior vice president of policy and strategy will report to Uber’s Travis Kalanick, the app’s disruptive and iconoclastic chief executive.
The new partners are purring. Kalanick has bagged a savvy political operator to spearhead what his new boss calls ‘the Uber campaign’: "I like to think of David as a strategic thought partner and a brilliant general." Plouffe is equally effusive because in Uber he sees a pressing need for his talent and a cause worth fighting for. His campaign began in the press release that announced his appointment: “I look forward to doing what I can right now to ensure drivers and riders are not denied their opportunity for choice in transportation.”

Can Plouffe do for Uber on Wall Street what he did for Obama in the White House?

Jim Messina, White House Deputy Chief of Staff for Operations, Obama’s 2012 campaign manager and the matchmaker who brought Plouffe and Kalanick together, clearly thinks so. It is the perfect marriage, he says, describing Plouffe as the smartest strategist he has ever met and Uber as one of the most innovative companies in America.

Messina is not alone in his admiration. Political commentators testify to Plouffe’s cunning as well as his ability to organise campaigns from the corridors of power to the screens in our hands. He received ample recognition for Obama’s 2008 Presidential nomination; for his work as an outside adviser to the President; and then for his work as one of the President’s Senior Advisers inside the White House.  He left the White House on a high.

The challenge for Plouffe will be in using a successful relationship with one ultimately accountable leader – the President - as a reliable blueprint for approaching the new relationship with his chief executive. Kalanick is no Obama and Uber, despite its dramatic progress as a consumer-driven movement and its democratic intentions, is not a political party.

As a fan of what Uber has done to breathe life into the laggard taxi industry, here are five ways the new campaign manager can help Kalanick to keep fighting complacency in the cab market:


Can the political Svengali pull it off for Uber?

After Washington Post reporter Bob Woodward once alleged that he had been threatened by a White House aide, Plouffe’s tweeted retort was brutal: "Watching Woodward last 2 days is like imagining my idol Mike Schmidt facing live pitching again. Perfection gained once is rarely repeated," he tweeted.

For Uber lovers let us hope that Obama’s man can repeat perfection.