In recent years, South Africa has become the most significant business-based economy on the African continent. That has created a number ...

Vishal Dixit
Strategy and entrepreneurship
Save to my profile

In recent years, South Africa has become the most significant business-based economy on the African continent. That has created a number of major problems. Vishal Dixit reports how the country is meeting the challenges. 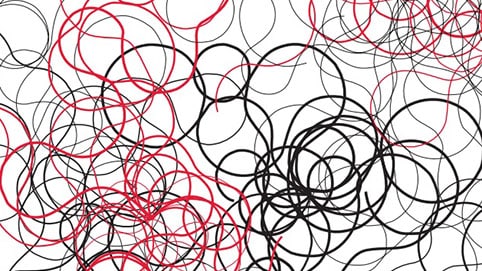 Adecade from independence, South Africa stands at the edge of a new era of economic growth. In the last seven years, 10 per cent of the population moved from poverty into the lower middle class, and this trend is expected to accelerate. For multinational corporations, the fundamentals of entry into South Africa are no more complicated than for other emerging markets; however, to succeed, a multinational corporation needs to adapt its organisation to harness the country’s unique opportunities and to face its unique challenges.

South Africa has emerged from its early birth pains and is booming. With a Gross Domestic Product (GDP) of approximately $238 billion, South Africa is easily the largest economy in Africa, accounting for over 30 per cent of African GDP. Real GDP has grown at over four per cent in the last three years, and is forecast to reach five per cent over the next five years.

South Africa is also witnessing the emergence of a rising and increasingly influential black middle class. For example, the lower middle class, or “Bappies” (booming, aspirational, previously poor), are mainly young, single black women, and account for 27 per cent of the population.

And while impressive growth can often lead to mass instability, South Africa actually enjoys solid stability: political, monetary, and economic. South Africa has witnessed three free and fair democratic elections since 1994. In the 2004 elections, the popularity of minor parties forced the African National Congress, which has led each prior government, to form a coalition – a sign of a healthy democracy.

Tight monetary policy has brought inflation to three per cent, down from the 10-15 per cent levels of the 1990s. A more open South African Reserve Bank and better fiscal management have led to a stable currency. South Africa also boasts advanced financial, tax and legal systems. Corruption levels are amongst the lowest of all emerging markets.

Since 1994, South Africa has pursued a long-term policy of market liberalization. It has reduced trade barriers, and the SACU (Southern African Customs Union, which includes Botswana, Lesotho, Swaziland and Namibia), has been transformed into a free trade zone. Free trade agreements with the rest of southern Africa exist, and negotiations with the EU, US, Mercosur, India and China are underway.

With the signing of the African Growth and Opportunity Act by the US, and the end of civil wars in Angola and Mozambique, South Africa’s neighbours are becoming increasingly attractive Foreign Direct Investment destinations, and its role as the gateway for investment is increasing.