Can business eliminate poverty? And, if yes, should it? As business becomes more global in scope, companies need to think about how they ...

Michael Blowfield
Sustainability
Save to my profile

Can business eliminate poverty? And, if yes, should it? 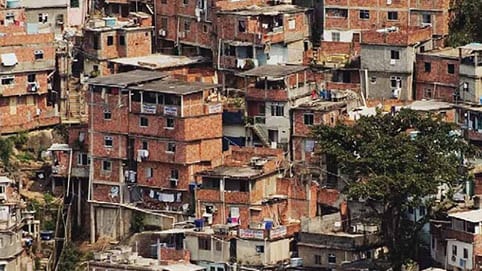 As business becomes more global in scope, companies need to think about how they will address the poorest sectors of the planet. Michael Blowfield talks about the four dimensions of the business-poverty relationship.

A major promise of economic globalization is that it will create a tide of prosperity that will lift all boats, and overall, even if some people gain more than others, the kind of crushing poverty that has long been part of the human condition will be removed. Business as the main creator of wealth and as the beneficiary of the free trade and flow of capital that are pillars of economic globalization is clearly an important element of globalization’s poverty alleviation agenda. Indeed, some authors claim that it is only by encouraging free enterprise that poverty can be ended.

Yet, is it reasonable to argue that business has a responsibility to tackle poverty? Should companies simply conduct business according to the laws of the land and the marketplace, or should they consciously seek to affect poverty? Is there a role business can play that is different from, and more efficient than, that played by international development agencies?

The bottom of the pyramid

Much has been said about “the fortune at the bottom of the pyramid” and social entrepreneurship. Both of these concepts have become powerful ideas in thinking about corporate responsibility in terms of opportunity rather than danger. Along with specific poverty-oriented business models such as fair-trade and micro-finance, they promise to harness the strengths of business (for example, innovation, raising capital, marketing, managerial efficiency) and set them to work as assets to benefit the poor and marginalized. Thus, in addition to brands such as Max Havelaar, Equal Exchange, Honest Tea, and Grameen that have been built on serving the needs of the poor, today companies such as Standard Charterered, Vodafone, and Deutsche Bank have developed product lines that address specific niches in what have hitherto been considered underserved markets. Moreover, the idea that the poor and otherwise marginalized sections of society present opportunities for business is nothing new: one only has to think of Avon, which began with the idea of selling cosmetics to (typically rural) women in the United States through a network of entrepreneurs picked from people who lived in those same communities – a model that has been exported to companies around the world.