Julian Birkinshaw and Stuart Crainer look at a Microsoft team that is changing the way it works by incorporating the interests of its ...

Julian Birkinshaw and Stuart Crainer look at a Microsoft team that is changing the way it works by incorporating the interests of its young employees to increase creativity and productivity. 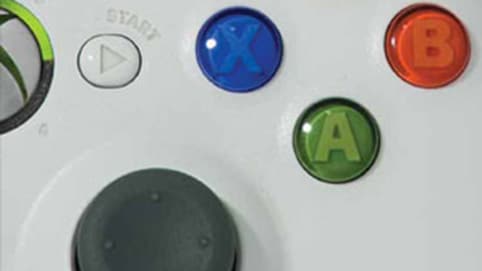 Think of the most innovative high-tech companies. What comes to mind? Most people start with Google Inc. and then perhaps Apple Inc. After that, it’s less obvious. Microsoft Corp. is usually overlooked in these discussions. Conventional wisdom views the software colossus as the innovator of the previous century and now the master of carefully orchestrated software development projects such as Windows and Microsoft Office rather than as a developer of creative and innovative working practices.

Think again. Ross Smith, an 18-year veteran of Microsoft and now director of the Windows Security Test Team, is working to show that innovative management techniques are alive and well inside the world’s best-known technology company.

Smith leads an 85-person test team in the company’s Windows division. The team works to ensure the quality of Windows security-related features. It may not sound sexy, but it is highpressure, high-status work within Microsoft. Marc McDonald, the very first Microsoft employee, is part of the team. Others have chosen to join the team after successful development manager jobs elsewhere. Expectations are high as hundreds of millions of people trust – and demand – that features work correctly and Windows is trustworthy.

After Windows Vista shipped in 2007, Smith took over the Windows Security Test Team effort. As part of his preparation, he met individually with everyone on the team – all 85 people.

“As I was doing these meetings, I began to realize the depth of talent in this group. Over a third of the team had a master’s degree or higher, which is very unusual. And from the annual employee survey, I knew people were feeling underutilized. The nature of our work is unusual – it is intense and painstaking, but it ebbs and flows, which means sometimes there’s spare capacity in terms of brainpower, and even effort. And of course, if you’ve got your doctorate from Carnegie Mellon University and you’re running some manual tests to verify a piece of code, it’s logical you would feel underutilized. So it got me thinking about what we could offer these people in terms of figuring out how to apply that talent.”

The team is filled with people routinely labelled “Generation Y.” This time the broad brushstroke label actually applies. As a Millennial on the team puts it, “Despite everybody talking about how Microsoft is an old company, there’s still a lot of young people being hired, and a lot of them are being hired because they want to be there. They are sharp and tend to do many things on top of their normal duties – a lot of the time this is what you have to do to get noticed.” The testing team members live online, love competition, devour technology in any form and, perhaps surprisingly, are avid readers – particularly of books such as Malcolm Gladwell’s Blink and James Surowiecki’s The Wisdom of Crowds.

Add in the fact that Generation Y learns differently and embraces social networking tools, and the challenge to conventional management becomes clear. As one of the Windows Security team says, “Generation Y wants to work on cool, cutting-edge projects, and Generation Y wants to be recognized for its work by peers, family and friends.” And if such projects aren’t provided in the workplace, many will choose to find them in online communities and work on them – for free – in their spare time.

As Smith got to know his new team and started to understand what made them tick, he saw an opportunity to do things differently. “We wondered if we could bring that extra effort inside Microsoft’s walls and share our human and corporate resources to encourage some of that innovation to happen right here. We wanted to create an environment where the team could have more freedom with the ‘how’ rather than be relentlessly preoccupied with the ‘what’.”

The challenge, in other words, was how to apply Theory Y to Generation Y. Theory Y says humans are intrinsically motivated to do a good job, and if the right conditions can be created, employees will give their discretionary time for free. Theory Y behaviour came naturally to Smith. Two decades at Microsoft had given him a good intuitive feel for how to get the best out of people. And he attracted a loyal following. “He genuinely cares about people, and in a very unique way. There’s a lot of humour. He’s really down to earth, and a lot of fun to work with,” says Lori Ada Kilty, programme manager, one of Smith’s closest colleagues.

In early 2007, Robert Musson, a developer on the team, stumbled on a paper by John Helliwell and Haifang Huang at the University of British Columbia that examined the relationship among trust, pay and job satisfaction. Musson reflected: “Trust in management is, by far, the biggest component to consider. Say you get a new boss and your trust in management goes up a bit at your job (say, up one point on a 10-point scale). That’s like getting a 36 per cent pay raise, Helliwell and Huang calculate.”