From Soccer to the Super Bowl: Measuring how and where fans 'consume' sports

When Andres Iniesta scored the deciding goal that sealed Spain's victory in the 2010 World Cup held in South Africa, it was the climax ...

Kenneth L. Shropshire
Strategy and entrepreneurship
Save to my profile

When Andres Iniesta scored the deciding goal that sealed Spain's victory in the 2010 World Cup held in South Africa, it was the climax of several weeks of all-encompassing coverage for ESPN and ABC, subsidiaries of The Walt Disney Company. 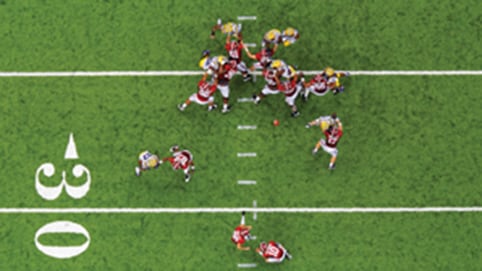 Yet it was just the beginning of a project undertaken by the Wharton Customer Analytics Initiative (WCAI), a research centre focused on the data-driven study of customer behaviour. WCAI and 14 other entities worked on ESPN XP, a research initiative aimed at studying consumer behaviour related to major sporting events, beginning with the 2010 World Cup. ESPN XP's goal was to measure the interactions in viewers' media usage across ESPN/ABC's various digital media platforms.

The research being done by WCAI – led by Wharton marketing professors Peter Fader and Eric Bradlow – could eventually be used by advertisers and media companies that sponsor and/or produce events like this Sunday's Super Bowl.

ESPN "has used a variety of different survey approaches to understand multi-platform media usage patterns, but now the company really wants to quantify them using the behavioural data that they already collect – without relying on any external measures," says Fader. "We have built models to measure the breadth of multi-platform involvement using nothing more than their naturally occurring data streams."

While ESPN has long analyzed ratings and circulation data of all sorts, its XP project is a multi-pronged attempt to find new rubrics for the age of multi-platform information as it relates to sporting events. According to Glenn Enoch, ESPN's vice president of integrated media research, "We have been working on cross-media research for 10 years, but one thing has become evident: There is not a single approach for covering all the bases. No company, no device, no matrix is complete." Consequently, Enoch, who has his own internal staff of 50 researchers, reached out to companies and centres that do Internet, TV, streaming video, radio and print data gathering and research.

He approached WCAI several months before the start of the World Cup with an eye to developing formulas that can predict who will watch what and when and on which platform(s). Over the next several months, WCAI looked at mountains of data and gave the company suggestions for channelling its research on events that it covers – from college and professional football to the NCAA college basketball tournament to major golf and tennis championships.

Ultimately, says Kenneth Shropshire, director of the Wharton Sports Business Initiative, "all these things are about money. There are more and more of us trying to find out what value you are getting if you are the sponsor of a site or a broadcast. These measures are about what it is worth. How do you monetize it? The more precision that is available, the more informed business decisions [ESPN] and its advertisers can make."

People who watch the World Cup are highly engaged fans, according to Elea McDonnell Feit, WCAI's research director. This engagement is "a glimpse of the future when more and more people will be looking at the same content, in general, but on many platforms."

One of WCAI's primary findings after looking at the data is that none of the ESPN digital platforms – ESPN Mobile, ESPN.com, and ESPN streaming video – cannibalized each other when one looks across the span of the tournament. Also, ESPN's heaviest users wanted to take advantage of every possible way to keep in touch with the World Cup, says Feit. "It was an exciting business finding for them," she adds, noting that 80% of ESPN's overall subscribers are male, a traditionally difficult audience for marketers to reach. "When ESPN is thinking about investing in mobile platforms, it will no longer have to worry about cannibalization of any of them by just one."

Other research conducted as part of the ESPN XP project showed that World Cup viewers were prone to use the Internet, mobile and even ESPN: The Magazine to get more information about the games, teams and players. In the first three days of the Cup, from June 11-13, those who only watched the games on TV spent one hour and 34 minutes every day dealing with the World Cup. Yet those who added only one other platform – either mobile, Internet or the magazine – increased their time spent daily with ESPN to four hours and 34 minutes. (Those who used two other media platforms clocked in at four hours and 47 minutes a day, and those who used all four spent five hours and six minutes with ESPN and the World Cup.)

ESPN depended on Knowledge Networks, another survey service, to get out-of-home, time-shifting and Spanish language data – other metrics that advertisers have been asking for and that reportedly tend to be undercounted, as least where sports are concerned. "TV gives you, say, 'x' amount of audience, but what we want to find out is whether mobile or other out-of-home service gives you 30% more audience" or some other figure, notes David C. Tice, Knowledge Network's media group vice president.

That issue is important, says Fader, because the World Cup was somewhat unique among large broadcast sporting events, given that so much of the live play, especially in the early rounds, took place during the daytime and during the work week. Thus, people might tend not to watch the games live at home, as they would, say, for NFL or college football games, which tend to be either on the weekend or at night.

"Then there is the issue of how much more people will care if the U.S. is playing, or at least is still in the draw," Fader adds. "Will people stay home to consume it on a bigger screen or just check it more often with a mobile phone while at work? What other nations would prove to be big draws to consume more? Our mission is whether we can come up with a methodology based on people's actual behaviour that can capture these team effects across platforms."

Scott Rosner, associate director of the Wharton Sports Business Initiative and a lecturer in Wharton's legal Studies and business ethics department, found the findings to be consistent with what he has already seen in sports fans. "Certainly one of the things I expect they will figure out is that people are going to watch on the best available screen. No one is going to choose to watch on a mobile phone if they can watch on TV. But the question is whether ESPN will successfully be able to get them to watch, no matter where they are."

Bradlow is excited about the idea of WCAI coming up with an algorithm for cross-platform consumer use that he feels will be used by media and advertisers now and in the future, starting with other multi-week tournaments (such as tennis or golf "grand slam" events) and moving towards "one-shot" events such as the Super Bowl. "We are interested in providing a forecasting tool – that is our business," he says, adding that WCAI started preliminary work with ESPN during the 2010 March NCAA men's basketball tournament referred to as "March Madness." They collected data on media consumption from the first two weeks to create a process that would predict media use in the concluding two weeks of the tournament. "Once we were convinced we could do that relatively accurately, we said, 'Now we can try it on something more complicated, like the World Cup,'" Bradlow notes.

While WCAI was interested in the ESPN XP project as an academic resource, Bradlow adds, there is no question that it will have commercial use, not only for ESPN but for the entire new media landscape. "ESPN put together a dream team of different companies that look at different aspects of data. This could set the agenda for data collection and analysis for cross-platform consumption for years to come." Advertising, he says, has been rather slow, or at least hesitant, to embrace mobile and Internet because complete analyses have not yet been available.
Meanwhile, WCAI is doing similar work with other corporate partners.  It is trying to help Expedia, the on line travel provider, decide the best way to select vacation sites and other travel information for consumers. Other clients include online ticket marketplace StubHub, which wants to move from the "multi-platform" concept towards "multi-genre" analyses – looking at ticket-purchasing patterns across a variety of sports, concerts and other types of shows.

ESPN joined WCAI as a corporate partner in 2008 and the two soon began looking for ways to enhance the relationship. ESPN XP's World Cup project was one way to do that, and discussions are underway for another large scale research project that may involve a broader set of researchers from around the world.

One of the most important challenges for ESPN is to stay ahead of the consumer – to figure out what those using ESPN will be doing ahead of time, so that the network can be their provider, Enoch says. He hopes the tools WCAI provides will allow ESPN to do that. "Our approach was not to just look at ESPN, the TV network, as we might have in the past, but ... to know how the mobile and Internet user is behaving," Enoch notes. "Our main goals are to find out how many people are [using] many platforms, then how often they are doing it, then how long they are doing it." The fact that the World Cup had better-than-expected TV ratings made the study even more valid, since that indicates it was not just a fringe audience tuning in, Enoch adds.

Rosner thinks it was significant that ESPN chose a worldwide event, even if it is concentrating on U.S. data, as the test case. "It is a global event and, in the end, ESPN is a global company, with all of its platforms. I certainly think [the data] will help ESPN immensely with the sales process, especially with the new media options. This is how people are watching and where dollars should be allocated. The hope is they can get advertising dollars behind the Internet and mobile as well. They absolutely have to get a feel for that."

Republished with permission from Knowledge@Wharton the online research and business analysis journal of the Wharton School of the University of Pennsylvania.