From brags to riches

Does bragging enhance or hinder how you are perceived? New research by Jonathan Berman provides some surprising conclusions.

Jonathan Berman
Save to my profile

Does bragging enhance or hinder how you are perceived? New research by Jonathan Berman provides some surprising conclusions.

If you ran a marathon, would you want people to know about it? If you instinctively say, “Yes – but I wouldn’t want them to think I was showing off”, then you’ve identified what Jonathan Berman, Assistant Professor of Marketing at London Business School, has identified as ‘the braggart’s dilemma’. By tel ling people about your marathon exploits, you run the risk of being seen as bragging. But if you keep quiet, no one will ever know about your remarkable achievement.

Or what if you do a parachute jump for charity? You’ve got to let people know about it, or they won’t know to donate. But if your audience suspects your motives are more about promoting your accomplishment than helping the charity, they may be less likely to contribute to the cause when asked to donate.

Balancing these conflicting requirements is a fine art. When individuals or companies choose to do so, it can easily misfire. Get it right, however, and a little bit of bragging may actually do you more good than harm.


The impact for business is evident in two particular areas. First, it influences how you structure your social media presence in an environment where users are frequently and vocally sharing their achievements and success stories with others. And second, it has significance for companies’ CSR policies. Committing to positive social change is something most companies want to do, and be seen to do. “Yet the braggart’s dilemma shows that there’s a need to be careful about how you communicate this,” Berman says. “Too much and it can be off-putting; too little, and you don’t show what you’ve done.”

Wanting to be seen favourably by others is a basic driver of human behaviour. Berman, whose research interests include the moral judgements that customers make in their decision-making, is interested in whether people can advertise their good deeds without creating cynicism about their motives.

“It’s increasingly important for companies to signal their good intentions. We’ve seen success stories where organisations who are intimately tied with a charity, or provide some social good in addition to selling, are evaluated favourably,” says Berman. But this rout ine corporate activity has a complication. “As customers, we want companies to do good things – but we want them to do them for the right reasons,” he adds. “The paradox emerges when businesses overly promote their good deeds. Suddenly, consumers are suspicious. Are they doing it because they really care, or to signal to others that they’re a good company?”

Consider the button that Facebook added recently to show that you’re an organ donor. “It generates awareness of organ donation. It can lead people who might not previously have thought of donation, to look into doing so,” says Berman. “But at the same time, we may be suspicious of the motivations this person has in telling us what they’ve done. Do they care about organ donation, or about promoting themselves?”

The braggart’s dilemma identifies that, in fact, we do allow a surprising amount of leeway to the companies we buy from. The days of being automatically wary of ‘greenwash’ whenever a company tries to do a good thing are not as pronounced as they were a decade ago. Nowadays, customers want to know when firms are doing good deeds, but they can be wary if they believe the company is doing so for disingenuous reasons.


Part of this sophistication of the consumer viewpoint has come from Facebook and Twitter. “Social media exposes people to more instances of bragging than they would normally see without social media around,” Berman argues. “There’s nothing truly special about social media per se, but a lot of these instances just jump out more. Take the ‘humblebrag’. An example of this is someone talking about how they were walking on a red carpet and they stepped on chewing gum.” Why do we find the humblebrag so irritating? “Because someone else has achieved a level of success that we haven’t achieved – and then complains about it.”

For Berman, what’s happening here is that people are failing to identify the difference between a private conversation and a widespread broadcast. “It would be fine to complain about the red carpet to someone else who’s on the carpet with you,” he explains. “When you do it to a wide range of people, that’s where the problems arise. Social media is relatively new, and yet it’s omnipresent. We haven’t yet learnt the finer etiquettes of how to communicate well there.” 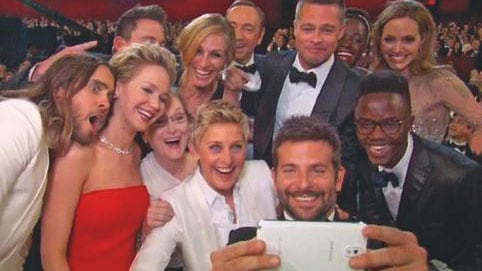 By all means brag, but remember that social media exposes people to more instances of bragging than they would normally see.

While social media gives an extra platform for firms to communicate with customers, the risk can be that there is so much noise, we don’t hear what they are saying. The temptation then is to shout louder, which is unlikely to bring the hoped for results. “Social media exposes us to many different types of people, all giving us their thoughts and trying to reach us,” says Berman. “A danger emerges naturally from that, which is that whenever you write anything, however minor, you reach a potentially huge audience.”

The practical implication is that it’s difficult to tailor anything you say for this large audience; and whatever you do say, you have to think about carefully. “An example is a regional wine distributor I spoke to,” says Berman. “They donate wine to charity functions and engage in the community. But they find it hard to communicate this in an effective way. Like many of the companies who feel stuck on this point, they want to signal to the community that they care, but don’t want to be seen to be bragging about it. Finding the sweet spot is something many companies (and individuals) find hard to do.”

The guise of sponsorship


Berman points to the ways that increasingly, more and more of our public spaces are sponsored by a wealthy benefactor. The fact that such sponsorships are usually in places of civic pride – opera houses and museums, for example – may reveal an anxiety on the part of the company to show they are doing some good, rather than merely advertising. And the fact that the donors are often oil companies or banks may reveal some sense of ‘success guilt’ that leads the company to want to show it can do good for society too.

“The lack of easy answers is further complicated by the fact that some of the companies who get the most credit for good social engagement, aren’t the ones doing the best work; they are just the ones attracting the most attention,” explains Berman. “When companies do succeed, they are really connecting with their customers and creating a feeling of closeness that a l lows these companies to communicate with them in a positive and warm way.”


What about charities? Should not-for-profits and charitable organisations think differently about their communications with the pros and cons of bragging in mind? “If your goal as a charity is to do more good, then you want people saying they’ve donated to you,” says Berman. “Get them to do the positive communications for you. Not only does it promote you, but it could also help create what philosopher Peter Singer calls a ‘culture of giving’. If I’m rich, but I talk about my good deeds, other people will now feel the social pressure to do good deeds too.”

There's a fine line between charitable good intentions and greenwashing.

There is an emphasis on anonymity in charitable giving, a cultural norm that prevents this idea of a quota of giving from gaining a foothold. “So the dilemma emerges again,” says Berman. “How do you get people to feel free to signal to others that they’ve done some good without bragging? How do you promote the charity, without the unattractive side-effect of showing off?”

A company juggling this difficulty is TOMS shoes. “They created a distinct product – if you buy a pair of shoes, a second pair is donated to charity,” Berman explains. When the customer then wears the shoes, they are showing that they’re the type of person who does good things. “It sends a signal: ‘I am doing a good thing, and perhaps you should be doing this good thing too.’”

It’s a fine line and also a moving target. “Some people think this shows passion, but others might conclude that TOMS shoes are themselves a bit too conspicuous,” Berman continues. “Ideally, people would donate voluntarily and anonymously to charity. “But if you don’t have a culture of giving, then nudging towards this with some carefully placed bragging may generate longer-term good than suppressing self-promotion.”


The surprising conclusion is that a little bit of bragging can be a good thing. Not too much, as it alienates the customer, and not too little, as then the customer is unaware of your actions. The ‘Goldilocks’ moment for companies is to find that point where you can use bragging to engage with audiences.

Too much bragging can be off-putting. Too little and you don’t show what you’ve done.

“Be aware of it; apply with caution; and be intuitive about how you approach it,” advises Berman. “You absolutely have to get the tone right. The key is that the benefits from a bit of bragging can outweigh the disadvantages. Don’t go overboard, because that can have costs. But when a company talks about its good deeds in the right way, people will be positive about it.”

1. Do good for the right reasons

There are success stories of organisations that are intimately tied to a charity or provide some social good as well as selling. But customers want them to do these activities for the right reasons.

2. Don't over promote your good deeds.

This makes consumers suspicious. Are you doing it because you really care, or just to signal to others that you're a good company?

Customers easily spot an insincere social act, but are also aware that firms need to communicate good deeds when they are genuinely good deeds.

The key is that the benefits from a bit of bragging can outweigh the disadvantages. Don’t go overboard, because that can have costs. But when a company talks about its good deeds in the right way, people will be positive about it.