Business exposed: the naked truth about what really goes on in the world of business

Freek Vermeulen
Strategy and entrepreneurship
Save to my profile
Business exposed: the naked truth about what really goes on in the world of business 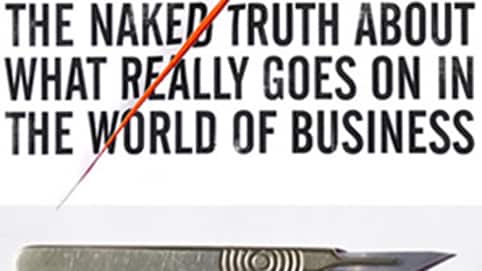 Freek Vermeulen believes that discovering the truth behind the myths that dominate business thinking can provide a better competitive edge than listening to conventional wisdom gleaned from past giants of management thinking. And he’s not hesitant to reveal the truths he has discovered no matter how much, or whom, it hurts. His book, Business Exposed, targets the collective inertia of middle management, the reluctance of CEOs to pursue the new and different, the waste that results from dependence on consultants and the lack of connection between performance and rewards.

Vermeulen, Associate Professor of Strategic and International Management at London Business School, did rigorous research (based on management science conducted at the top business schools in the world) to discover what really goes on in today’s corporations. Combining that research with his experience with many large organisations, he explores such important issues as the way companies formulate strategy, organise innovation, make investment decisions, respond to competitors’ strategies, make acquisitions, deal with conflicts of interest and rely on still-accepted theories, despite new research that proves they do not work.

By means of pointed examples of misunderstandings and fallacies that impede companies and damage their performance, he shows executives how to peel back the layers of myths that blur business realities. For example, he explores the belief that it is all right for companies to put family-friendly initiatives on the back burner during economic hard times.

He points out that, on the contrary, it is those companies with the most positive employee relationships that weather downturns most easily.

Moreover, a study of Fortune 500 companies reveals that family-friendly initiatives are well-received by stock markets, often adding millions to a firm’s value.

Another of the many aspects of contemporary business practices that he probes is the value of investing in research and development. He finds that the real value of investing in R&D is not necessarily tied to people in that function coming up with new products or processes. Instead, value comes when others take the knowledge derived from R&D and assimilate (or otherwise apply) it to their own products and technologies. When it comes to the collection of information, especially firm-specific experiences, he warns that too much knowledge collection can be dangerous, especially when putting together proposals: so much time can be spent searching through documents that there is little left to invest in the kind of original thinking that would differentiate a firm from its rivals.

Perhaps the most entertaining mistakes exposed in this lively study are those made by chief executives. He shows, for example, how CEOs too often give into their drive to make acquisitions — even though solid research proves that about 70 per cent of acquisitions destroy value. CEOs ignore this failure rate out of a belief that they are so good that they will succeed where others fail. Their egos prevail, so they acquire another company, often paying a premium in order to obtain a controlling stake in it.

(Unfortunately, favourable press does not change the odds of success). But Vermeulen, always fair, warns that while it is tempting to blame such executives for being arrogant, we should not forget that CEO hubris often arises out of the coverage they received in the first place.

The popular press often reports on someone investigating (and rapidly deflating) the latest ‘urban legend’; Vermeulen’s investigations target the business world, and he has found that management myths may be easy to swallow but they are usually impossible to digest.

Freek Vermeulen, Business Exposed: The Naked Truth About What Really Goes on in the World of Business (Financial Times Prentice Hall, 2010)