Double-standards apply if you or your company are not local – but you can improve your image, says Dr Donal Crilly.

Donal Crilly
Business education Organisational behaviour
Save to my profile

Double-standards apply if you or your company are not local – but you can improve your image, says Dr Donal Crilly. 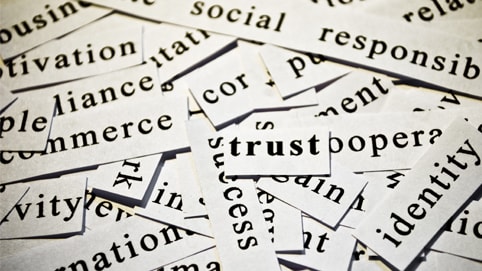 Take two people, one whom you know well and the other a stranger. Both perform exactly the same action, one of which you disapprove. Let’s say they drop litter in the street.


Your reaction is that the well-known person, the “insider”, could not help what happened. There was a lack of litter bins, perhaps, or a strong gust of wind tugged the item from their hand.

But the stranger is entirely to blame, in your view. They quite deliberately, with malign intent, littered the street.

Staying with the same two people, imagine, again, they both perform an identical action, this time one of which you approve. Let’s say they help an elderly person to cross the street.

On this occasion, you assume the insider is acting from indwelling, noble motives, and is an example to us all. The stranger, however, has done nothing special, was probably crossing the street anyway and could hardly refuse a request for help.

This, in simplified form, is what is  known as the “ultimate attribution error”. When insiders behave poorly, this is put down to external factors but when strangers do the same it is assumed to have been internally motivated.

The reverse is true when good behaviour is the issue. Here, the insider is assumed to be acting from personal motives while the stranger is thought to be merely the plaything of external events.

This attribution error comes sharply into focus in our study that considers the position of multi-national corporations (MNCs) operating in jurisdictions other than their home base. Decades of brave talk about how globalisation makes corporate nationality irrelevant are not reflected in the attitudes of local people to, respectively, foreign and domestic firms.

Business misconduct by foreign firms is routinely attributed to deliberate actions arising from negative intentions, while domestic firms are exonerated on the ground that external factors were to blame. Conversely, corporate good deeds performed by foreign firms are thought to arise purely as a result of external factors while the same actions performed by a domestic corporation are ascribed to its deliberate goodness.

Two case studies demonstrate this lop-sided attribution of blame and praise. The 2010 Deepwater Horizon oil spill in the Gulf of Mexico is one of the most notorious industrial-environmental disasters of recent times. Well-remembered is America’s President Obama conspicuous reference to the main operator, BP, as “British Petroleum”, a name the company had discarded many years earlier.

Less well-remembered is that fact that while BP faced stiff penalties for the Deepwater Horizon affair, its US partner, Halliburton, was largely exonerated.

It was the same story a year later and on the other side of the world, when another oil spill polluted Bohai Bay in China. This time it was the turn of an American company to be on the wrong end of attribution, when US-owned ConocoPhillips – despite having only a minority stake in the venture – was fined whereas its Chinese partner CNOOC was not.

In part, hostility to foreign MNCs is understandable. Local people are likely to assume that when foreign firms cause harm in their country the harm stays there, while they repatriate the benefits in the form of profits to their own country.

By contrast, local firms may cause the harm in the local country but the benefits remain there as well.

What, if anything, can MNCs do about what may be described as their attribution problem? A partial solution lies within the scope of their communications strategy which in turn depends on the CSR activities.

Put simply, CSR needs to focus less on mitigating the negative effects of the MNC’s operations in the local country and focus more on providing positive benefits. More doing good as opposed to simply doing no (or less) harm.

his may sound counter-intuitive in a world in which people are increasingly concerned about the environment and the depletion of natural resources. But remember, we are talking here about an attribution problem that dogs MNCs outside their home territory.

Remember the malign motives attributed to our “stranger”? An MNC that stresses the ways in which it is mitigating the harm caused by its operations will simply, in the eyes of local people, draw attention to that harm rather than to the high-mindedness of the company concerned in trying to reduce or eliminate it.

It does not matter that local corporations may be engaged in exactly the same line of work with exatly the same side effects as the operations of the MNC: as we have seen, insiders/locals tend to be exonerated. When local corporations publicise their harm-reduction activities, it does them no damage in the eyes of local people because the harm they are mitigating is seen as an inevitable by-product of business activity.

The good news is that CSR that delivers a positive outcome, rather than only reducing harm, gives the MNC’s a genuine story that will resonate in the local environment. This study’s most encouraging finding is that if a company communicates the good it is doing, it will face no discrimination in local people’s eyes. Nationality only has an effect if the company inadvertently draws attention to any damage they cause by publicising their harm-reduction activity.

Therefore companies need to emphasise positives: their communications strategies should not highlight mitigation of negatives.

This does not mean they should cease harm-reduction strategies. It means rather that they need to make an additional effort in terms of providing positive benefits to the communities in which they operate. These benefits could be educational, artistic, sporting or related to health and well-being.

However, these positive CSR activities can be seen as a cynical public relations exercise by local communities who attribute negative motives to foreign organisations. So it is important to produce strong evidence that the activity does genuine good. The study also shows that MNCs who are operating under some sort of constraint may also be judged less harshly

For example, one MNC was able to explain that it was opening for business in North Carolina because the state government wanted to create jobs. This made it much harder for local people to cling to the straightforward attribution of a selfish motive to the company concerned.

By engaging in positive CSR activities, MNCs can proactively change local people’s view of their motivation without needing to wait for external constraints to be applied.

Once people realise that firms are not acting purely for their shareholders, which most of them are not, then their view should moderate. Doing good – delivering positive benefits to local people – is perhaps the single most visible and tangible way for a business to demonstrate this fact.