Discounting women in the hiring process

It is well known that more men than women hold high-level positions in organisations, and many researchers have attempted to explain ...

It is well known that more men than women hold high-level positions in organisations, and many researchers have attempted to explain the reasons. 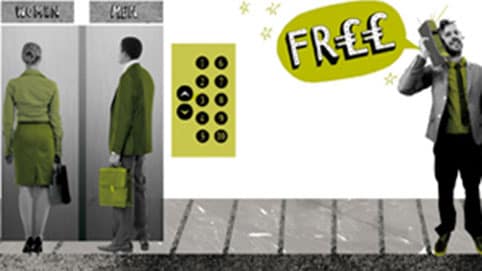 Professor Isabel Fernandez-Mateo conducted research at an early stage of one hiring process and found evidence that may explain some of the difference. Kyle Pierson reports on contemporary gender segregation.

You have been working at a staffing firm for some time. Your biggest client is an aerospace company working on 21-month contracts. This morning, the CEO sent you an email requesting a list of three Information Technology candidates for a new project. The project requires a highly qualified specialist who will be well paid. He wants to start interviewing the next day.

So you feed the qualifications into your database. Seven candidates pop up, five men and two women. What three candidates make your short list?

According to a recent study by London Business School professor Isabel Fernandez-Mateo and her colleague, Zella King of Henley Business School, you probably selected the male candidates.

Based on their research of one staffing firm, the professors concluded that, when all else is equal, gatekeepers at staffing companies tend to recommend candidates based on gender stereotypes. Their study, ‘Anticipatory Sorting and Gender Segregation in Temporary Employment’, was published in Management Science. Their examination of such hiring processes was special in at least one aspect: the professors had access to ‘pre-hire data on the pool of candidates competing for each position’. As they note, “This kind of information is extremely rare, yet it is essential to make accurate inferences regarding how men and women are allocated to different jobs.”


The professors focussed on the need by companies to hire employees on a short-term basis to perform work that required skills that were ‘general’ in nature — they could be applied in a variety of firms. Since the article notes that “most temporary work is mediated by staffing firms and other labour market intermediaries,” the professors became interested in whether more men than women were hired for such jobs. The mystery of bias in the selection process was heightened when it was revealed that employers actually disregard gender when it comes to the hiring of such temporary workers by the company. In fact, women seem to have a slight advantage over men. Where, then, did gender segregation occur?

A mid-sized staffing agency allowed Fernandez-Mateo and King to put their system under the microscope. The agency places workers in temporary IT jobs across multiple client firms. The authors looked at data spanning nine years, covering 23,355 candidates, vying for 6,705 jobs for 2,331 clients. By choosing a temporary staffing agency, the researchers eliminated the possibility that women might be opting out of higher paying jobs because of family priorities. Conversely, it erased the concern that employers hesitate to hire women for higher paying jobs because those jobs require firm-specific skills. In addition, although the IT industry is male-dominated, female candidates have already demonstrated their commitment to the field. In this setting, both employer and employee understand that the hire is for a limited time and rarely leads to a full-time position.

The gate to the interview


On the surface, the procedure for finding candidates does not suggest any favouritism. The temp agency may advertise a vacancy on their website; they may contact people they know; and they may run software looking for matches. On average, nine resumes are considered for a vacancy and of those, 2.73 make the shortlist. The problem arises when placement consultants practise what the researchers ultimately called ‘anticipatory gender sorting’. Gatekeepers sort potential hires by ranking the people with the highest matches of skills to the opening. Then they form a queue of qualified candidates. When using a staffing firm, the candidates that the company interviews are the ones sent to it. Thus, the researchers set out to find if there is unconscious bias on the part of the placement agency in the selection of candidates sent for interviews.

It is important to note that, in their studies, the offered pay rate was the same for all candidates for a given position. Therefore, the researchers found, if men and women are “considered for projects paying different rates, this is evidence of prehire gender sorting net of subsequent gender differences in negotiation.”

In terms of spotting any bias, factors other than pay had to be eliminated. For instance, the assumption that women do not want higher paying, more demanding jobs and that employers do not favour women candidates because they are likely to leave the firm in the future became a moot point since the case study focussed on a temporary staffing agency. The desire to climb the career ladder was another factor that did not come into play — again because it was irrelevant: the jobs were temporary.

By removing these variables, the pipeline to the actual job interview came into focus. How much influence do the gatekeepers have in creating the queue of those who are interviewed by companies?

Not everyone into the pool


The companies hiring workers for temporary jobs insist they do not ask for a certain type of job candidate. Nor do they exclude minorities. The only caveat: they may ask for a person with an outgoing personality or someone who is detail oriented. Still, a placement consultant eager to please the client is more likely to send candidates whom he/she believes will be successful up the pipeline, so that the corporate client will return the next time it has staffing needs.

By examining the pre-hire data (the entire population of prospects from whom the final list of those to be interviewed for a job opening is garnered), the researchers made the important discovery that the statistical proof on gender segregation only shows up when the sample is tested before the candidates are placed in the queue for an interview. The professors were able to follow the progress of candidates through each step of the hiring process and found that once in the interview queue, males and females had the same chance of getting hired for higher paying jobs.

However, the same number of males and females did not make it to the candidate pool. “We find evidence of gender segregation,” the professors declare in their study. They found that, when staffing firms are involved in a hiring process, “women are more likely to be shortlisted for lower-paid projects and less likely to be shortlisted for higher-paid projects.” By stark contrast, the client companies “are more likely to interview women for almost all projects with the exception of some at the top of the pay distribution.”

Why and how might this happen? Per the study, in cases in which the talent pool is fairly shallow, evidence suggests that the screeners tended toward the ‘safest’ candidate — a typical (that is, usually, male) candidate. The professors also note that the time given to come up with interview candidates is usually short. The most important consideration, in the minds of those at the agency, is to please the client so as to generate repeat business. As a result, the agency produces a list of clients believed to meet ‘the clients’ expected preferences’. And, a further result is that a self-perpetuating cycle that feeds on stereotyping occurs.

All of this led the professors to make an important observation. Almost every job hiring process demands that someone screen those who will be interviewed as final candidates. Thus, it’s perhaps as important to examine the thinking of the screeners as it is to examine those who might be employed. “At a more general level,” the professors note, “the results highlight how interactions among screeners in the different stages of the hiring process can jumpstart gender segregation well before candidates are placed in jobs.”