Making a MOOC: The background story

How to make a Massive Open Online Course (MOOC)

John Mullins
Business education Venture Capital
Save to my profile

To make a Massive Open Online Course (MOOC), you just plunk a video camera into the back of a lecture theatre and hit the ‘Record’ button, right? Think again. 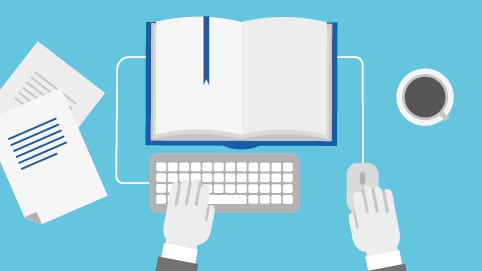 But as I explored a set of ideas that led in 2014 to my third book, The Customer-Funded Business, I already knew that the vast majority of fast growing companies never take any angel or venture funding. “Are they onto something that most of today’s entrepreneurial ecosystem has missed?” I asked. Indeed, should a business angel be seen as the first port of call for getting your nascent entrepreneurial venture off the ground? Probably not.

Fast-forwarding to 2015, London Business School decided to dip its figurative toe in the water and begin to learn something about digital education and what it might mean for the school – and for our many and varied audiences – going forward. “Was this an opportunity,” I wondered, “to reach and have some impact on a global audience of aspiring entrepreneurs who will never set foot inside a VC’s office or a London Business School lecture theatre?”

Of course, I’d already written the book, along with several cases I use in the lecture theatre to bring its ideas to life and provide tools to enable entrepreneurs to apply them. But there was the rub. In my classes, I’m a case-method instructor, facilitating lively, interactive discussions with my students and Executive Education participants about whether the better route for the case protagonist to take is north or south, and why. In a MOOC, of course, there’s no one to interact with – unless you believe (I certainly don’t!) that even the liveliest of online discussion boards or chatrooms can remotely approach the vitality of an engaging eyeball-to-eyeball case discussion.

What then? I supposed that I could stand in front of a camera and explain how (and why) entrepreneurs should use their customers’ cash to fund their startups. But that’s certainly not the strong suit of a case-method instructor – boooring! And besides, how long would it take me to explain the five methods by which yesterday’s and today’s scrappiest entrepreneurs – from Microsoft’s Bill Gates and Paul Allen to Airbnb’s Bryan Chesky and Joe Gebbia – are customer-funding their ventures? Not very long, truth be told.

After logging onto several MOOCs delivered by some of my field’s most astute thought leaders – some wonderful, some dreadful – I realized that my MOOC shouldn’t be about me, and perhaps not even by me, for the most part. It should be about the ideas my research had uncovered – the five customer-funded models – and how to apply them in the real world. Especially the parts of the real world far from Silicon Valley or London where money really doesn’t grow on trees.

“What if I simply introduce the course – Why this course? – and each of the core ideas,” I thought, “and then interview people who’d already put those ideas to use.” Entrepreneurs. Angel investors. VCs. And more, together with a short wrap-up from me at the end of each module, and an overall wrap-up at the end. My parts could be at least roughly scripted and the rest of the content left to my trust in those I would interview. An introduction, five modules that cover the five customer-funded models, and a seventh to draw things together and get implementation jump-started. It’s getting easier, right?

Identifying relevant and insightful people to interview wasn’t difficult. After all, more than two dozen individuals had endorsed the book, and there were numerous others from around the world who I knew could add value and bring deeply personal insights to this set of principles. But some rude facts about MOOCs stood in the way. I learned that only about one in twenty people who start a MOOC typically complete it. It’s like the customer funnel in a startup – lots of prospects, but you know they won’t all buy.

Thus we would need to pay very careful attention to the precise words that would describe on the Coursera website each of the six- to nine-minute video segments. Anything longer won’t sustain interest in today’s fast-paced world, we were told, in which people are doing much their learning on the bus or on the London tube. Who would write all of them? Someone who knows the viewers’ needs and motivations, and knows the content, too. “Looks like that’s me,” I concluded.

Into the studio we go

With the help of an experienced team from the University of London, we scheduled one day in November to shoot the first portion of the content, to learn how it would go, plus two days in December to shoot the rest of it. That doesn’t count the interviews we did on Skype over the next several weeks (Don’t ask how many tries it took to find software that would reliably record a Skype interview with interviewer and interviewee side-by-side!).  The interviews we captured in-studio in November were great, fortunately, but my own first on-camera segments? Dreadful! No energy, no humour, listless, and dull. Into the bin it went, and I raised my game – at least I think so; you can be the judge – on the next go-round.

Oh, and someone’s got to edit, too

With the footage ‘in the can,’ was I mostly done? Not exactly. Who decides where graphical animations – whether text or images – should be added to liven things up and make sure the key messages stick? I’ve never built my teaching around PowerPoint lectures, and I wasn’t about to start doing so now. Who approves what the animator does, to ensure that the animated material makes the right points, in the right way? Who decides which portions of the interview footage are keepers and which aren’t as relevant or as good? Where and how do we break the interviews than run longer than nine minutes to maximize our chances that the viewer will click on the next segment, too? And once the video team has put it all together, who makes sure that the multiple segments captured at multiple times and in multiple ways actually hang together and tell a coherent and compelling story? Guess who.

Are MOOCs the future?

Was it worth all the effort? Most of us in academia love learning, and for me, that’s what this journey’s been about, in spades. When I learn new things, I’m a happy guy. Will MOOCs ever replace what we do in the London Business School lecture theatres? Not a chance.  But from the work I’ve done in India, Africa, and Latin America over the years, I’ve learned that there’s simply no way that the world’s vast entrepreneurial community will ever set foot on our campus or one like it; nor for that matter will most of them read an entire book, priced in pounds or dollars, whether translated or not. So if we’re to have any chance to reach them and influence the way they do business, we need new ways – more accessible and affordable and scalable ways – of doing so. Are MOOCs a potential solution? The 17 million who have signed up for Coursera MOOCs to date seem to think so. But time will tell!

John Mullins is Associate Professor of Management Practice in Marketing and Entrepreneurship at London Business School and author of the widely acclaimed book The Customer-Funded Business (Wiley 2014). His latest project is How to Finance and Grow Your Startup – Without VC, a Massively Open Online Course (MOOC) developed in collaboration between the University of London and London Business School. Enrol for this free course on Coursera.

Introduction: why this course: