Leadership is the art of making difficult judgements in the face of uncertainty, and it is about shaping a path for others to follow.

Julian Birkinshaw
Government and Society Opinion
Save to my profile

Leadership is the art of making difficult judgements in the face of uncertainty, and it is about shaping a path for others to follow.  The political turmoil of the last few days has offered up all sorts of lessons about how to fail – and occasionally how to succeed – as a leader. 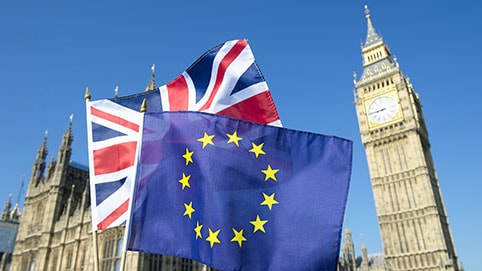 Of course business leaders don't face quite the same level of public scrutiny as political leaders, nor are the consequences of their actions quite so immediately apparent.  But the basic principles of leadership are universal. Whether you are a CEO or an aspiring middle manager, here are some important take-aways from the referendum and the subsequent fallout from the vote to leave.

Want to convince someone to embark on a course of action? Those of us with a background in accounting or engineering default to logical argument, and to a careful analysis of the risks that might be faced.  That might do the job with the audit committee, but the Brexit campaign showed bluntly how little influence this approach carries with rank-and-file employees.

Since Aristotle's time, effective leaders have recognised the power of emotional appeal (pathos) as a complement to rational argument (logos). The leave campaigners focused their message at voters hearts not their heads, and on upbeat, positive themes: patriotism, freedom and hope.  The Remain campaigners peddled hard logic and fear.

2. Experts don't count for much at all

The third way to win an argument, alongside appealing to logic or emotion, is for a leader to cite their expertise and credentials (Aristotle's ethos).  This boils down to "trust me, I have done this before, I know what I am doing." Well, we know how well that worked out for the Remain campaigners.  The more experts that Cameron and Osborne wheeled out, the more suspicious people became. As Michael Gove said, "We have had enough of experts in this country."

There is a scary underlying point here - in a complex world, we need to rely on the knowledge of others.  But in many instances, from the consequences of Brexit to the effects of global warming, the arguments are so unfathomable that people give up trying to get to the truth, and fall back on gut feel.  Rather than use evidence to come to a belief, we form a belief first and then marshal evidence to support that view.

This has big implications for your role as a business leader.  Deep expertise and sophisticated analysis gets you only so far: If you want to bring people with you, you also need emotional conviction and you need to learn how to harness intuition more effectively.

3. Activism is a priceless quality

While I disagree with everything he says, I have a grudging respect for Nigel Farage. As a professional politician, he is a loser, failing seven times to get elected as an MP. But as a grassroots activist he is hugely impressive.  His slogans, such as “take back control,” have carried the day; he has tapped skilfully into the zeitgeist in the country; he has built an army of supporters; he has exhibited enormous personal resilience.

Activism is influence without formal authority, and every big organisation needs it.  Of course you want to channel that energy and enthusiasm of people like Farage, to make sure it is aligned with your overall direction of travel.  But don’t think you can actually manage your activists, as they thrive partly through their desire to challenge formal authority.  Instead, you need to create an environment where people feel safe to express their views, and where grown-up debate is possible.

4. Know the limits of crowdsourcing

It has become fashionable in recent years to use crowdsourcing techniques to tap into the ideas and expertise across large firms.  It is a useful approach – but it has its limits.  When faced with a difficult question, people often answer an easier question.  In the referendum, the question (should the UK leave the EU?) was so fiendishly difficult that many people answered an easier question, essentially "are you happy with the state of the world right now?"   It is not obvious that countries should be making irreversible policy decisions on the basis of this sort of information.

The point, of course, is that crowdsourcing is good for addressing some issues, while expert judgment is good for other issues.  Ireland's gay marriage referendum was a good example of the sort of question where everyone's view counts equally, the UK’s EU membership was not.  The challenge you face as a business leader, essentially, is to match the issue with the competence and motivation of the people you are asking.  Don’t fall into the trap of opening up big, unstructured questions to your entire workforce.

5. Leaders reap what they sow

Watching Boris Johnson immediately after the Brexit victory, you could see from his body language that he was starting to wonder what on earth he had done.  He had treated the campaign like an Oxford debate - clever arguments and put downs, with no cares for the consequences.  And now he is reaping the rewards – a vote of no confidence from his former-buddy, Michael Gove, a public rebuke from Lord Heseltine, and a retreat back to the comfort of his well-paid weekly column in the Telegraph.

Business leaders rarely find themselves quite in such a bind, but the broader point is still relevant.  As you jockey for position among your peers, stay true to yourself and stay on good terms with those around you.  If you become too opportunistic, or if you start making empty promises, you will pay for it later.

So you want to be the boss? Fair enough, but timing is everything.  The race to succeed David Cameron is taking shape, but the chalice is well and truly poisoned.  Or to use one of Boris Johnson’s old metaphors, the ball has come loose from the back of the scrum, but the opposition flankers are already bearing down on you.

Political leadership is all about timing. William Hague went for it too soon; Michael Heseltine left it too late; Chuka Umunna cannily sat out the last labour election.  So is now a good time for an ambitious Tory minister to have a run at the top job?  Not likely – everything points to a fraught negotiation, a compromise deal that gets rejected, and a general election within a year. The next tory leader won’t even last as long as Alec Douglas Home or Gordon Brown did.

In the business world, succession is rarely this fraught.  But you can still get dealt a bad hand – just ask John Rishton at Rolls Royce, Philip Clarke at Tesco or Anthony Jenkins at Barclays. What’s the lesson – take a look ahead, play out the scenarios, and ask yourself, is this really the job I wanted to take on?

7. You aren't a leader if you don't have any followers

Even today, a week after the coup against him, Jeremy Corbyn is clinging on to power, presumably on the basis that he was voted in through a fair process a year ago.  But formal authority, as every business leader knows, counts for almost nothing.  Leadership is a function of what you say and do that attracts others to follow you.  Where Nigel Farage has influence but no authority, Jeremy Corbyn has a formal mandate but no influence within the parliamentary Labour party.

The lesson for business leaders here is pretty obvious. My colleagues Rob Goffee and Gareth Jones once wrote a book called “Why Should Anyone be Led by You?”  It is a question we should all ask ourselves – do people have any reason to follow you, above and beyond what their reporting line tells them to do?  Don’t wait until you find yourselves isolated like Jeremy Corbyn; it’s not good for him or his party.

That’s it – seven timeless lessons, all based on insights from a few hectic days in Westminster.