Lalit Modi is the inspiration behind one of the greatest sports business stories of the last decade: the noisy, dramatic and lucrative ...

Lalit Modi is the inspiration behind one of the greatest sports business stories of the last decade: the noisy, dramatic and lucrative rise of the India Premier League, where cricket meets Bollywood. 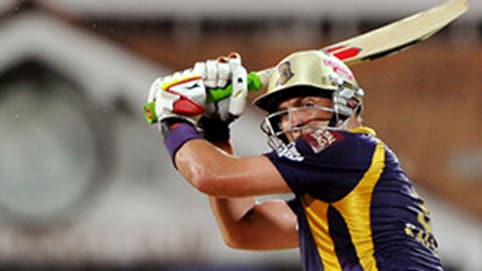 For many, cricket is the epitome of tradition. The scent of freshly mown grass, the antique pavilions with their wood panelling and insistence on ties, the players wearing white playing a gentlemanly game which can last five days without reaching a definitive result.

And yet, for all its faith in tradition, cricket has quietly and successfully moved with the times. In the 1960s it created a new product: one-day games. These were short and dramatic in comparison to their traditional counterparts. There was a degree of tut-tutting among traditionalists, but the one-day version of the game caught on.

In the 1970s cricket underwent a broadcasting revolution when the Australian mogul Kerry Packer launched his own one-day competition involving some of the world’s best players. Cricketers suddenly found themselves better paid and the game was enthusiastically marketed for the first time. Cricket moved from class to crass in a matter of months.

The indirect result of this was that a cricket World Cup was developed. This became a fixture in the cricket calendar every four years and cemented the global reach of the game as it involved cricketing minnows —  Namibia, Holland, Scotland et al — competing with the giants of the game — India, the West Indies, Australia, England, South Africa, Pakistan, Sri Lanka and New Zealand.