Controversy: The essence of strategy

The essence of strategy is to make controversial choices in order to gain a competitive advantage, but difficult choices often engender ...

Aneel Karnani
Strategy and entrepreneurship
Save to my profile

The essence of strategy is to make controversial choices in order to gain a competitive advantage, but difficult choices often engender opposing views. 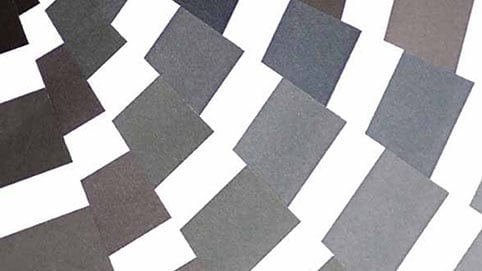 The much-publicized 2001 merger between Hewlett-Packard and Compaq was very controversial. The CEOs of the two companies campaigned vigorously for the merger while the most visible critic of the merger, Walter Hewlett, 14-year HP director and son of co-founder William Hewlett, heavily contested it.

To give you a feel for the strategic battle, consider first this comment from Carly Fiorina, then the CEO of HP, in a letter to shareholders: “The merger of HP and Compaq is the best way to strengthen our businesses and improve our market position, deliver more of what our customers need, enhance opportunities for our employees and increase the value of our shareowners’ investments.” By strong contrast, the most visible critic of the merger, Hewlett contested it with public comments like: “We profoundly disagree with management’s assertion that HP needs to make this large and very risky acquisition. It worsens the HP shareholders’ portfolio of businesses. It does not solve any strategic problems.” Experts, including investment bankers, stock analysts and management consultants, argued on both sides of the merger debate.

While things do not usually get this heated, strategy is always controversial; in fact, the very essence of strategy is controversial choices and trade-offs. In order for one firm to outperform its competitors and gain a competitive advantage, it must act differently: make choices and choose alternatives that are distinct from its competitors. Strategic decisions also imply making trade-offs; otherwise every company would choose the same alternatives and there would be no difference among companies. Moreover, equally smart managers could have very disparate views on the best strategy for a company, as seen in the case of the HP-Compaq merger.

Four years after the contentious merger, and four years of disappointing results later, the board of directors fired CEO Fiorina. HP Chairwoman Patricia Dunn remarked that the company needed a leader who would better execute its existing strategy. Sanford Robertson, founder of the investment bank, Robertson Stephens, differed in his view, “I always thought they executed pretty well [but I] was curious about the strategy.” Even in hindsight, strategy can become controversial.

Most managers figure out that strategy formulation involves making difficult choices, but often they do not also realize that similarly sharp choices are required in strategy implementation. HP provides yet another example that highlights this point. Prior to her departure from HP, Fiorina restructured the organization by combining the personal computer business and the printer business into one division. Only a few months later, in June 2005, Mark Hurd, the new CEO, reversed that decision.

Strategy is not only controversial; it is a critical driver of superior firm performance. Michael Porter, an influential strategy guru, argues that the root cause of poor firm performance is the failure to distinguish between operational effectiveness and strategy. While operational effectiveness is necessary, it is not sufficient for superior performance. Managers often wonder where the dividing line is between strategy and operations, between strategy and tactics. A way to define this slippery distinction is that strategy consists of choices that are both controversial and significant drivers of firm performance. In order for firms to benefit from their strategic planning processes, they need to be able to manage the process of dealing with the controversy (and the inherent conflict that arises) during strategy development and execution.

In February 2005, the Wall Street Journal sampled a range of industry veterans and management experts to ascertain their opinions on what HP should do next. Their responses highlight the problem: “turnaround experts offer a wide range of conflicting strategies.” This is not an unusual, let alone a unique example. In 2005, Boeing announced its latest investment in its newest offering, the 787 Dreamliner, a mid-size, long-range plane that seats between 200 and 300 passengers. Airbus, on the other hand, bet on its A380, a superjumbo, long-range plane that seats between 550 and 800 passengers. These two competitors placed bets based on differing views of the future growth patterns in international air travel: point-to-point versus hub-and spoke. Their wagers are not only controversial, but also substantial: Airbus spent $16 billion developing its new A380 aircraft.

Blockbuster, the video-rental chain, has seen its business erode in past years as a result of new competition from a variety of sources: low-priced DVDs, online DVD rentals, video-on-demand and downloaded movies from the Internet. The company has invested money to expand its business in several different ways: selling and renting video games, offering used movies for sale, starting an online mail-order business, establishing a subscription service and cancelling late fees. Carl Icahn, the largest shareholder of the company, disagrees with many of Blockbuster’s strategies and feels that the company should significantly increase its dividend payout so that investors can better invest their money elsewhere. This situation is a familiar one: a once-dominant business that generates plenty of cash sees its market slowly decline. So, should management use the cash to diversify the business into something new but risky? Or, should they manage the business for cash and return it to shareholders?