After capturing the world’s attention with the 2008 Olympics, what’s next for China? Linda Yueh says the answer can be found by tracking ...

Linda Yueh
Business management and operation
Save to my profile

After capturing the world’s attention with the 2008 Olympics, what’s next for China? Linda Yueh says the answer can be found by tracking China’s labour productivity. 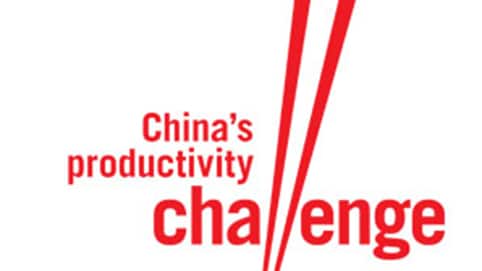 There’s little question that the 2008 Beijing Olympics marked the emergence of China on the world stage. Lee M. Sands, Managing Director of Sierra Asia Partners in Beijing, appropriately sized up the lasting importance of the event when, in July 2008, he noted in The China Business Review: “The Olympics have had a significant influence on Beijing’s economic development, environment, and the growth of the country’s advertising, television, Internet, mobile phone, clean energy, and sports sectors. Building on 30 years of economic reform and opening and on the substantial economic impact of China’s 2001 World Trade Organization (WTO) entry, the excitement surrounding the games is pulling many of these sectors onto the international cutting edge.” Economic change in China has been coming for a long time, and this can be seen most dramatically in the tracking of labour productivity.

Productivity advances drive long-run economic growth, and a crucial factor is labour productivity. The productivity of labour in China was marginally relevant in the pre-1978 period when the labour market was government-administered and wages were both centrally determined and detached from marketplace competition. However, the picture has changed dramatically in the post-1978 reform period due to numerous labour market reforms and to radical changes in ownership structure, whereby the dominance of state-owned enterprises (SOEs) has given way to the rise of private-sector firms and globalization, all of which introduced robust competition into a previously state-planned economy.