China wants to expand globally through acquisition – mostly without success. Charlotte Gogstad has some ideas to share with the Chinese.

Charlotte Gogstad
Strategy and entrepreneurship
Save to my profile

China wants to expand globally through acquisition – mostly without success. Charlotte Gogstad has some ideas to share with the Chinese. 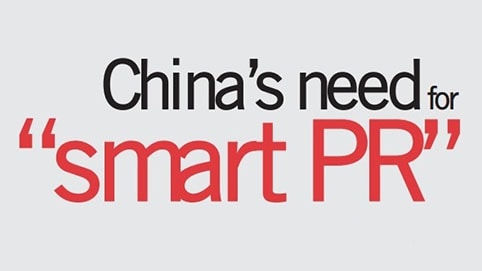 Chinese companies have been bidding frenziedly for foreign assets. Many of these bid attempts have failed despite China being the highest bidder. Obviously, having the largest pot of gold is no longer the key to a successful takeover, as takeover targets and the public are becoming fussier in terms of accepting new owners. Winning the public over can be a difficult task, but ultimately that is where the case is won or lost. Conducting clever PR and planting seeds with the public might be just what is needed to ensure future successes.

Western business leaders have been looking at China for a long time for investment opportunities and low cost manufacturing. Throughout this process, product knowledge has been transferred from the West, and China is now in a position that lets these products stand on their own feet. Now they just need a front-end brand by either buying or building one. Chinese firms are, therefore, opting for the acquisition route to secure international differentiation and brand advantage.

One factor that remains in China’s favour is its abundance of capital to make investments. China’s trade surplus is currently in excess of $900 billion, and its state banks are offering firms favourable financing terms through with low cost of capital. When acquiring brands, firms can also cut costs by relocating factories and tapping the huge domestic market. Chinese companies’ unbeatable cost structure and years of manufacturing for the world's best companies has given them a good base. However, this pot of gold is met with concern in the West. Western companies are reluctant to be acquired through non-transparent financing.

Two particular themes arise when looking at acquisition targets: global brands and access to natural resources. Due to little competition in China, domestic companies have not needed to develop recognisable brands to date. However, to be successful overseas, they will need a recognisable brand, and foreign acquisition will be their first step into markets outside China.

Further, China's rise as a major economic player has left it scrambling for energy to power its economic engine. Despite its large land mass, China has limited energy resources to maintain current production levels. Several of China’s attempted bids have been unsuccessful despite offering the highest amount. China faces a long learning curve when it comes to playing the energy game on the world stage.