What can we learn from a global adventurer? Sir Ranulph Fiennes is regarded by many as the world’s greatest living explorer, as well as ...

Sir Ranulph Fiennes
Leadership
Save to my profile

What can we learn from a global adventurer? Sir Ranulph Fiennes is regarded by many as the world’s greatest living explorer, as well as a prolific author. He recently spoke at London Business School about his adventurous achievements and the valuable lessons that can be learnt from them. 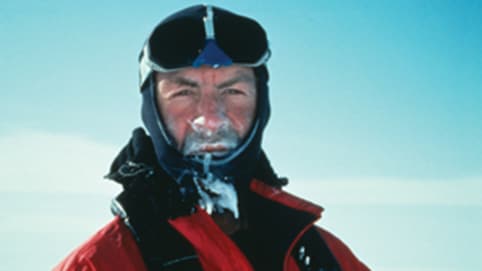 “I think I started doing expeditions because of failing to get ‘A’ levels at school.  I tried very hard to get ‘A’ levels because I knew what I wanted to do.  I knew that I wanted to be the Commanding Officer, the boss, of the Royal Scots Greys Regiment because my dad had been the boss of them when he got killed during the War.  So I wanted to do that, but, when he was the Colonel of the Regiment it didn’t require ‘A’ level exams.
By the time I arrived on the scene they had stopped using horses and switched to high-tech tanks.  Therefore, the tank commanders had to have physics, mathematics and so on and I was not designed to pass exams in that sort of thing so I never got them.”

“When I left the Army I had to make a living.  I hadn’t got any money, nor had my wife, and so we decided that we would go into the things I had been doing when I was in the Army which was training soldiers to canoe and to climb and that sort of stuff during the Cold War in Europe.  That was called adventure training in the Army and it was paid for by the taxpayer.  But when it was me and my wife there was no taxpayer to help.”

“The team needs to be selected unless they are all volunteers.  If there is no process of selection you are bound to get some pretty bad pennies in the team.  They are people who shouldn’t be there in the first place. In which case you must select them out as quickly as possible. Otherwise they’ll drag things down whether it’s a school or a business. The bad pennies need to be removed as quickly as possible.”

“Loyalty is absolutely vital. If people stop being loyal let them get out at once, rather than them getting behind and starting bad feeling within a group.  So loyalty is number one.”

Know where you are going

“Share the aim of your corporation or your design team or whatever it is and go for it.  Humans can cause problems so if you’re going for a world record or a world Polar record, or whatever, keep the team as small as you possibly can.  If there are two people they’ve only got four ankles to break to stop the expedition.”

“But, if you’re trying to find a lost city in a huge desert, as I did for 26 years, you’re going to have to have a big team.  You’re going to have to have the four wheel drive people, archaeologists, and so on.  The team becomes very important.  We choose people, not so much on their skills but for their characters and then we will train them in the skills that they might need -- communications, photography or whatever it happens to be.  So you’ll take a wonderful bloke and teach him photography rather than a superb photographer because you can teach skills, you can’t change characters.”

“Over 40 years of doing expeditions and trying to beat world records which other superb characters have failed to achieve, our team has also failed from time to time. But we always go back and have another go.  Unless our rivals have got there first, we will continue battering at it and getting nearer and nearer by learning from the mistakes from our last failure and that is very important.  If we are going somewhere for a first time, we will meticulously study all those people who have already failed and look at their mistakes and failures.”

“I have not succeeded in confronting my fears.  I have learnt that the best way is to know where my fears are and to circumvent them and go round them.  So, where I think there will be a huge risk from a crevasse field, we work out in the preparatory stage how it’s possible to get where we want without going through the crevasse field.  If there are polar bears likely to be aggressive in a certain area we will work out how to go round them or at least how not to make ourselves attractive to them.  So we don’t confront fears; we avoid them.”

“Vertigo happens to be a weakness that I’ve always had and I did try to confront it.  I thought, well, if I went up Everest that would be confronting vertigo.  I did eventually get up Everest, on my third attempt, but didn’t confront my vertigo because on Everest there are no drops.  There’s a big white shoulder all the way down below you not some big black drop.  So I thought, that’s no good.  Somebody said, the North Face of the Eiger would be a good test of vertigo.  So I went on that one. But I was so frightened that I avoided it by listening to the guide. He said if you never look down and you never allow yourself to think down then you won’t get vertigo.  You must, for every second for the four or five days it takes, only think upwards.  So we did get to the top of the North Face of the Eiger but I didn’t confront my vertigo.”

The full article on Sir Ranulph Fiennes can be read in the Winter 2011 issue of Business Strategy Review. Click here for subscription details.