Reem Althawadi EMBADJ2016 has always sought to carve her own path in life. Most recently, her passion for personal development and communication has found an outlet in designing innovative business training and leadership development programmes for a variety of clients in China.

She’s the ﬁrst to admit that her path to professional success has not always been clear – beginning her career as an architect in Dubai before becoming a published translator, editor, Communications Director and now Senior Manager for global consultancy PwC in Shanghai.

“I don’t think I ﬁt in with most stereotypes,” she says. “I’m not conservative in the way I dress and not traditional in the way I live. I’ve zigzagged a lot in my career and jobs. I’ve travelled a lot, most of the time driven by my curiosity and my need to ﬁnd my purpose. It’s not something that you are typically encouraged to do or rewarded for, not by society and surely not by the world of work.

“And now people are often curious about my story – an Arab woman in China.”

Althawadi was born in Bahrain to a Bahraini politician and an Emirati poet. She spent her early years in Syria before settling in Dubai, where she studied and worked before moving to Shanghai in 2016. Fluent in Arabic, English and Spanish, she is currently learning Mandarin.

'Building an independent value system and a universal self is a quest worthy of pursuing, especially for leaders with power over others'

The city in the desert might not seem like the easiest location to pursue a green agenda, but it worked: “It was all about trying to ﬁnd the levers we could push to bring signiﬁcant change,” she says of programmes that included establishing a national park, researching marine turtles and working to reduce energy consumption. “I learned a lot from that experience. Now I always look for such levers to create change in leadership, in communication and in my projects.”

Wanting to know more about the corporate world she was encountering, she undertook an Executive MBA  with London Business School in Dubai. It was a rigorous programme, with monthly face-to-face learning for 18 months alongside her full-time job: “The programme wasn’t just about business education, it was a lot about ourselves,” she recalls. “It made us ask ourselves diﬃcult questions about what we wanted to do, what impact we wanted to have and it actually built my self-conﬁdence. I felt more comfortable about the idea of taking risks.”

Driven by a desire to shift sectors, cultures and geography, the new-found conﬁdence was evident in the move to Shanghai to do her second-year electives at the China Europe International Business School (CEIBS): “I could have stayed where I was and wondered what might have been, or I could go.”

It was a sudden immersion in a new culture and, not speaking Mandarin, she found herself “knocking on a lot of doors that weren’t opening”. But while she was at CEIBS, the school received a request from PwC for support in launching a new programme.

“I was senior at my job, so taking an internship at that age was a bit laughable, but I thought I had nothing to lose and a lot to gain. I had the opportunity to lend my experience to a programme that wanted to change the way education and training is done in China. And with my skill-set and experience, I was oﬀered a full-time position,” says Althawadi, who works for a part of the company developing new services around education, urbanisation and food trust and safety.

She supported the launch of PwC’s You Plus Programme in 2017 when it became the ﬁrst foreign-owned vocational training institution in China after new rules were unveiled for the Shanghai Free Trade Zone. The initial 12-month course is aimed at recent university graduates with six months of classroom training in fundamental business concepts and six months of practical support, including a mentorship scheme designed to help with self-development and career guidance.

Since then she has been involved in designing and launching more training and leadership development programmes – one aimed at students still in university; another for career executives. All of which neatly link her interest in self-development and her work: “It’s interesting work, because you are making strategic decisions about what information you want to bring forward and at what level you want to initiate change, and there is a sense of responsibility in that.”

Althawadi has also taught classes on power and inﬂuence, networking, managing upwards and what makes a good leader, and mentors younger team members as they grapple with issues related to corporate lifestyle, career questions and purpose.

“Taking on a senior manager role at PwC really helped me deepen my understanding on how people learn. It also revealed what drives them and what worries them. And it is no diﬀerent here than it is back home” she adds.

“As I interact with people from diﬀerent cultures, genders and backgrounds, if there is one thing that unites us, it is that we all have our boxes and imposed expectations. On many occasions we are not aware of them, and we go on being less than what we should be, limiting ourselves and reinforcing the same patterns and behaviours that have impeded our progress as individuals and as a whole.”

Being only too aware of the limiting boxes, Althawadi is determined not only to transcend them herself, but to help others do the same: “We are social beings; it is only natural to be inﬂuenced by others, but transforming and building an independent value system and a universal self is a quest worthy of pursuing. And this applies even more so for leaders with power over others. 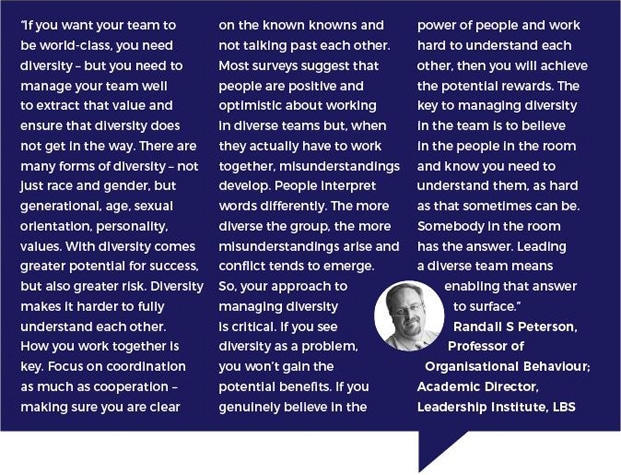 “I believe issues like gender, sexuality, race and other tools of discrimination will have a much better chance of dissolving if we are not so caught up on how we should be or not be, how we ﬁ t and don’t ﬁ t in a certain context.”

Althawadi is currently working on building her own initiative, bringing her expertise in the proﬁt and non-proﬁt worlds, as well as her strategic communication know-how to help organisations remove barriers that hinder growth (such as discrimination and immature leadership) and embrace change and ﬁnd their purpose.

While there have certainly been challenges in being in a new culture at PwC and, more broadly, in China, she’s still learning and enjoying the experience almost three years into life in Shanghai: “Even though I come from a culture that is not too diﬀerent with respect to things like hierarchy, decision-making processes and the desire for harmony and diplomacy, at times I still felt unprepared” she says.

“I have had people say to me, ‘That’s not how it’s done here.’ There’s nothing you can do when you encounter that, so I’m always thinking how to avoid that point, and pass beyond it.”

Characteristically, she has found a way to respond positively to what many might ﬁnd a highly discouraging experience and has maintained her focus on the bigger picture: “We are more similar than diﬀerent and it comes down to understanding where people truly are and when to push and when to pull to bypass built-in barriers and ﬁnd common insights.”

Realise your leadership potential with our Executive MBA (EMBA). This transformative programme equips you with the business knowledge, leadership skills and networks to accelerate your career. Choose to take it in London or Dubai to suit your own plans