Are CEOs paid too much?

Growing income inequality has turned up the heat on CEO pay. But are top executives simply an easy target for broader social challenges?

Alison Benson
Corporate governance Boards Finance
Save to my profile

CEO pay has become a thorny issue. Since the financial crisis more than a decade ago, politicians, social change think tanks and the media have been increasingly aggressive in calling out egregious pay decisions and bonuses that seem to bear no link to the long-term financial wellbeing of the business that the executive has been tasked to grow - nor indeed to other key social and environmental metrics.

Much of the heat has been directed at certain executives who have received eye-watering windfalls from performance-based shares contained in increasingly complicated reward structures called long-term incentive plans (LTIPs).

Despite being described as “long-term”, these pay deals, which were adopted en masse during the late 1990s and early 2000s, are typically linked to various financial measures and company share price over a three-year period.

The controversy over these pay deals has grown amid press reports of certain executives who seem to be hitting the jackpot despite reporting financial losses for their businesses, overseeing difficult restructuring programmes and the worst – walking away from the ashes of high-profile businesses that have collapsed under their watch.

But is CEO pay really too high? Or, apart from a few high-profile offenders, do they generally get paid what they deserve?

This was the highly-charged topic of a recent London Business School conference about the current state of CEO pay - level, design and process - where possibly the only non-contentious statement of the day was that CEOs get paid really well.

At the Centre for Corporate Governance (CCG) 2020 event, Market or racket – do we need a new approach to executive pay, Alex Edmans, Professor of Finance and Academic Director of the CCG, introduced the event by saying that it aimed to bring a diversity of views, from academics and practitioners, and from defenders of high pay and fierce critics. Edmans said he aimed for the discussions to be grounded on rigorous evidence but stressed that “evidence is not an excuse for dogma, nor does it mean that there is only one valid view”.

Dirk Jenter, Associate Professor of Finance at London School of Economics, opened the discussion with an overview of trends on the level of CEO pay. He pointed out that executive reward had plateaued over the past two decades in contrast to popular views of ever-increasing pay. But the massive hike in the equity component of incentive schemes – up 16% in the 1970s, 26% in the 1980s and 47% in the 1990s – means that CEOs are still now compensated seven or eight times more these days than they were in the 1970s.

Do they deserve to be?

With in-work poverty at a record high, Rachel Reeves, Leeds West MP and Chair of the House of Commons Select Committee for Business, Energy and Industrial Strategy, could not see how the average FTSE 100 CEO pay packet of £4 million was justifiable.

She said it was particularly “disgusting” that certain companies have executive incentive plans that could pay out such large amounts if certain share price targets were met, while not paying their own workers the living wage.

“The truth is one in five workers in this country are paid a wage they can’t afford to live on. I just don’t think that is right, and certainly companies that pay huge sums to those at the top should not be going cap in hand to the taxpayer to subsidise the wages of those at the bottom of the pay distribution. It’s not fair because those people are also contributing to the success of the company.”

"If you give the CEO long-term shares - a slice of the pie - then she'll have incentives to grow the pie."

Alex Edmans, Professor of FInance and Academic Director of the CCG

Reeves argued that such income imbalances in society were not just “morally wrong”, but  ultimately not helpful in creating a sustainable and well-functioning economy, pointing out the work the Government needs to do in the UK to compensate for having one of the most unequal pay distributions in an OECD country.

She wondered why there was not more focus on discussing incentive schemes for all levels of the workforce – the people who actually keep a company going and expressed disappointment that tracker funds, which have to hold all the stocks in a particular index, couldn’t do more to hold executive remuneration to account.

Diandra Soobiah, Head of Responsible Investment at NEST, the largest UK workplace pension scheme set up the by Government to increase pension scheme take up, asked why executives should be randomly rewarded for external events.

“Variable pay tends to be linked to a number of metrics that are tied to the market and we have seen strong bull runs over the years from investment markets and as a result CEOs have been handsomely rewarded. But unfortunately, we don’t think workers at those companies and society at large were rewarded. Company success is not just generated by the CEO but by all the people in the company, so at NEST, we take a wider lens to the conversation,” Soobiah said.

She defended the value CEOs bring to the largest companies whose choices would have repercussions for decades to come but she suggested that in the 1970s, the decisions top executives would have been making would have been as significant for a fraction of the reward.

“Should executive pay be reined in?” she asked. I think it should definitely be made fairer. It should be better structured. And it should incentivise the right kinds of behaviours.”

The design of pay

The Purposeful Company is a research-based think tank set up to encourage British business to serve all stakeholders, not just shareholders, for broad-based economic growth. In one report, published in October 2019, it highlighted that deferred shares or restricted stock units are a valid alternative to LTIPs and support long-term value creation.

But just 5% of the UK’s largest companies had so far adopted this incentive approach, despite consensus from the companies surveyed (in the FTSE 350) that it could be appropriate for up to a quarter of the businesses surveyed.

Tom Gosling, Partner at PwC, Executive Fellow at London Business School and on the Steering Group of The Purposeful Company, said: “I do believe that a model based on restricted stock would be a better model for many companies than the one we have at the moment.” And he argued that change was “too slow”.

But executives from some of the world’s fund management firms, BMO Global Asset Management and Schroders, issued caution over the “unintended consequences” of new models before they become too widespread.

Jessica Ground, Global Head of Stewardship at Schroders, believes it is important for executives to have “skin in the game” for long-term value creation and generally is supportive of the deferred shares model. But she agreed with Lazarova that care had to be taken in how and in which companies and sectors this new model is introduced.

Ground also argued that it is necessary to take a broader view on the whole compensation picture. She said: “I think it could be worth going back to the drawing board and working out what LTIPs were originally designed to do. You know – you’ve got your cake: that’s your pay. You’ve got your icing: that’s your bonus and the LTIPs were designed to be the cherry on the top. Somewhere along the line schemes started to be designed so that the LTIP always pays out and that’s what really has to change.”

Professor Jenter approached the argument from another perspective. While both acknowledged the “very serious” challenges of growing social and income inequality, they argued that attacking CEO pay was akin to flogging the wrong horse for wage stagnation, worker pension insecurity and growing social inequality.

He argued: “If we were to rein in CEO compensation through regulation or other means, we would end up making the biggest shareholders richer, not the employees. So, the notion that you sometimes hear in the press that if somehow the CEO was paid less, there would be more money left over for employees. It’s just not the case.”

He also argued that given the size of listed companies these days, CEO pay is actually relatively small. “How can anyone claim that no one can be worth $10 million? If the company they are running is worth $10 billion, 1% is $100 million.

"I think it could be worth going back to the drawing board and working out what LTIPs were originally designed to do."

“So, let’s assume that the Board believes their CEO can add at least 1% of value to that company. Then all of a sudden, a pay package of $10 million doesn’t look that much.”

Steve Kaplan, Neubauer Family Distinguished Service Professor of Entrepreneurship and Finance, University of Chicago Booth School of Business, took an even more provocative stance, arguing that currently, if you were to follow the logic of Lucian Bebchuk and Jesse Fried’s 2004 book “Pay Without Performance”, CEO pre-tax pay is “actually too low now”.

He based this view on the increased average size of listed companies, particularly in the US, and rising CEO turnover, with longevity in post much shorter than in the past. Moreover, CEO pay has not risen any faster than, and in some cases has not kept pace with, pay in law firms, consultancies, private equity, private medicine, and unquoted companies.

Professor Edmans took a more nuanced stance.  He stressed that companies have a responsibility to employees and wider society but cutting CEO pay is not the best way of fulfilling this responsibility.

Referring to the findings of his new book, Grow the Pie: How Great Companies Deliver Both Purpose and Profit, he said society was best served by incentivising CEOs to “grow the pie” (create value for society) rather than splitting the pie differently by cutting CEO pay. In turn, he argued that aligning executive incentives with long-term share prices, which capture almost all measures of company performance from worker satisfaction to governance and ESG goals, encourages them to grow the pie.

Echoing Professor Jenter, he said: “CEO pay is actually very small compared to firm value. So, the amount of the pie that you can redistribute by reducing the CEO slice is tiny. Instead, if you give the CEO long-term shares – a slice of the pie – then she’ll have incentives to grow the pie. Indeed, evidence shows that long-term shares improve not only shareholder value, but also the welfare of various stakeholders – customers, the environment, society, and in particular employees.

“A further advantage of paying the CEO with shares is that this can be rolled out to the wider workforce. If a company does well, it’s not just due to the CEO. All employees deserve to share in the firm’s success.”

London Business School’s Centre for Corporate Governance has a mission to use rigorous research to influence effective corporate governance around the world.

Alex Edmans is Professor of Finance at London Business School and Academic Director of the Centre for Corporate Governance. His new book Grow The Pie: How Great Companies Deliver Both Purpose and Profit is available to purchase. The right way to do business in a pandemic Facing racism, and what to do next

Doing nothing is not an option. Educate and inform yourself so you can address biases in yourself, your organisation, and society 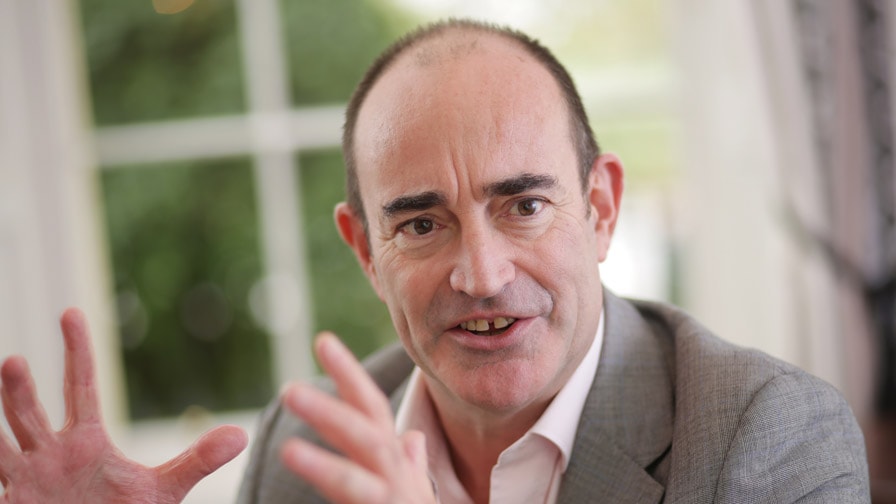 Connect with others – and yourself – for better leadership