Cashing in on moral credits

Social psychologists believe that moral behaviour is like a monetary currency that people save up and then later draw on.

Margaret Ormiston
Sustainability
Save to my profile

Social psychologists believe that moral behaviour is like a monetary currency that people save up and then later draw on. Margaret Ormiston investigates whether this happens in companies. 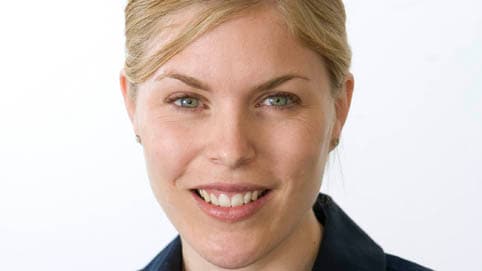 I (along with my colleague, Elaine Wong, assistant professor at University of California, Riverside) have set out to understand whether firms’ socially responsible actions can have unintended negative consequences. A logical assumption would be that firms that engage in corporate actions made in the interests of stakeholders - including customers, employees, community and the environment – in one time period should subsequently engage in behaviour that benefits those same stakeholders.

Enron is one such example. For all its giving, we know now that Enron also engaged in surreptitious accounting fraud that eventually cost shareholders $11bn (£6.73bn) when its stock price dropped from nearly $100 per share to $1 at the end of 2001.

BP is another example. In 2008, the CEO of BP, Tony Hayward, announced that BP's safety record, which was one of his key focuses as head of BP, was "now among the best in our industry". Under his leadership, BP ran operational safety training sessions for its employees and encouraged a culture of safety in an effort to attend to key stakeholders such as employees, the community and the environment. However, in 2010, the Deepwater Horizon explosion shattered BP's positive safety record when managers missed key safety warning signs, resulting in the loss of 11 lives and creating the worst offshore oil spill in US history.

Why would firms exhibit unethical behaviour after having previously engaged in socially responsible behaviour towards their stakeholders? Is it simply because they are led by one or two bad apples or is it something more? Unfortunately, we can’t just chalk it up to a few rogue elements.

Psychological research indicates that this kind of behaviour is fairly common: everyday people engage in morally questionable behaviour after previously engaging in moral behaviour. For example, during an experimental session, researchers Nina Mazar and Chen-Bo Zhong found that people who purchased "green" products that were advertised as good for the environment were subsequently less altruistic towards others and more likely to lie in order to receive a greater payout.

One rationale put forth by social psychologists for this phenomenon is that moral behaviour is like a monetary currency that people save up and then later draw on. Applying this logic to publicly traded firms, it suggests that CEOs with a track record of taking care of their stakeholders are more likely to feel justified in breaking with that record at a later date because of a sense that they have accrued "moral credits" from their prior ethical behaviour. These moral credits mean they feel justified in engaging in less ethical behaviour and being less vigilant in managing the needs of their stakeholders without fear of discrediting their image.

Our research found that for every five positive actions a firm undertook for its stakeholders, it committed one negative action further down the line. For example, an organisation might take five positive actions such as giving more than 1.5% of its earnings to charity, then subsequently engage in controversial behaviour that negatively affects a community's economics (e.g. taking actions that reduce property value within a community). Moreover, our findings suggest that this relationship between socially responsible and irresponsible behaviour is even stronger in firms with CEOs who attempt to put forth a moral image.

Given the propensity for even "ethical" companies to engage in morally questionable behaviour after a previously strong record in CSR, it is important to consider what "everyday" organisations can do to minimise this negative consequence of corporate social responsibility.

CEOs and top executives need to be made aware of this tendency so that they can prevent their companies from falling into this pattern. Additionally, corporate boards cannot allow CEOs to rest on their laurels. Boards need to closely monitor CEOs' management of their firms' varied stakeholders. Ironically, this is especially important after a particularly good year in stakeholder relations.


Hear more from Margaret Ormiston who is speaking at TedXLondonBusinessSchool on 25 April 2014.