Can globalisation be fixed?

On the streets of Gothenberg, Genoa, Seattle and elsewhere, capitalism and globalisation have been loudly and violently challenged.

Deborah Doane
Strategy and entrepreneurship
Save to my profile

On the streets of Gothenberg, Genoa, Seattle and elsewhere, capitalism and globalisation have been loudly and violently challenged. While it appears improbable that the juggernaut of globalisation can be halted, its direction and objectives could yet be – and may need to be – changed. 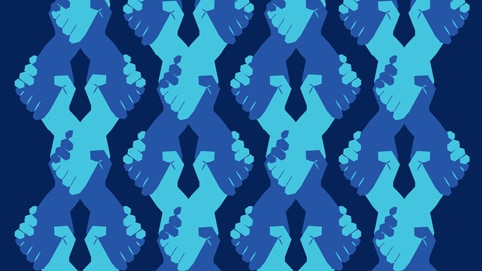 It has become almost a truism that corporations are the big bad guys of globalisation, stomping over the world like a herd of elephants. Intellectuals condemn them; governments quiver respectfully in their presence; and young protesters give up their holidays to throw bricks through their windows.

But the truth is more complex. In many ways the great corporations, as well as governments, are caught up in a complicated tangle of relationships that hold them captive as much as the rest of us. The real truth is that nobody’s in control. Globalisation has left us with a vacuum in which we lack the systems to manage the challenges so well defined by the anti-globalisation movement but so poorly prescribed for.

If that’s true, then what can we do about it? On an individual level, probably not enough. But collectively – either as business or government – there are some modest steps forward that could have considerable impact and may just generate enough momentum for us to turn the corner. The challenge is to find the political will needed to take the first steps.