David Ogilvy
Leadership
Save to my profile 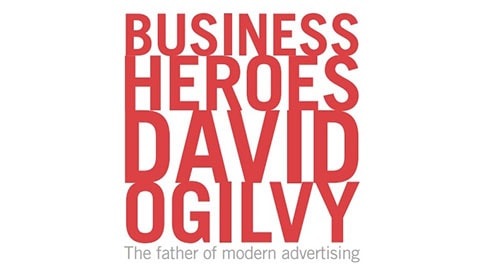 The son of a stockbroker, David Ogilvy was born in 1911. He was destined for a privileged upbringing until his father met financial ruin following the outbreak of World War I. Despite the family’s reduced financial circumstances Ogilvy was dispatched to Fettes School, a prestigious private school near Edinburgh, Scotland. What Ogilvy lacked in natural academic ability he made up for in scholarly application, securing a scholarship to study history at Christ Church College, Oxford University.

When he left university, the young Ogilvy sought adventure, trading the Cotswold stone of the Oxford colleges for the boulevards of Paris. In France, he worked in the kitchens of the Hotel Majestic. His first assignment was to prepare meals for customers’ dogs. When Ogilvy had tired of la vie Parisienne he returned to England to sell a new type of cooking stove, the AGA. As a salesman Ogilvy proved a great success. So much so that he was asked to write a manual on how to sell the cooker for the AGA sales force (thirty years later the editors of Fortune magazine announced that it was probably the best sales manual of all time). Ogilvy sent his manuscript, “The Theory and Practice of Selling the AGA cooker”, to his brother who was working at London-based advertising agency Mather & Crowther. His winning way with words earned him a place as a trainee at the agency.

Ogilvy displayed a natural aptitude for his new vocation. Very early on he began to develop his own theories about advertising. “Concrete figures must be substituted for atmospheric claims; clichés must give way to facts, and empty exhortations to alluring offers,” an enthusiastic Ogilvy wrote in a presentation to his colleagues in the early 1930s. Such bold assertions from a wet-behind-the-ears 25-year-old may have irked his colleagues, but the young Ogilvy was already developing the theses that were to underpin his success.

In 1938, Ogilvy left his job and embarked on another adventure. This time it was the United States that attracted his interest. On arriving in the US, he quickly acquired a circle of celebrity friends including Harpo Marx and Ethel Barrymore. He enjoyed himself so much that he decided to stay, moving to Princeton where he worked with Dr George Gallup, the man behind the Gallup polls. His experience working for Gallup was invaluable, if poorly paid, as it provided him with insights into US consumer preferences and the way they were formed.

During World War II Ogilvy worked for British intelligence in Washington. When the war ended he decided to try his hand at tobacco farming, acquiring several acres of land in the heart of the Amish community in Lancaster County, Pennsylvania. Quite what possessed Ogilvy to pursue a pastoral career is unclear. What is certain is that he was most unsuited to it and before long he was back in New York.

Casting around for a job, the 37-year-old enlisted the help of his brother to set up his own advertising agency in America. His brother not only rounded up $45,000 to help finance the new venture, but also persuaded another British advertising agency SH Benson to invest another $45,000 in return for a partnership. The newly created agency Hewitt, Ogilvy, Benson & Mather opened for business in 1948. The early days were tough for the new business. As an Englishman Ogilvy struggled to win over US clients, although the addition of ex-J Walter Thompson employee Anderson Hewitt helped. It was Hewitt who saved the day when the business threatened to run out of capital after only a few months. Hewitt’s uncle, fortuitously the chairman of JP Morgan & Company, lent the agency $100,000 with no security. And it was Hewitt who brought in the first major account, Sun Oil worth some $3 million.

At the time, however, Hewitt, Ogilvy, Benson & Mather was a small fish in a large advertising pond of over 3000 agencies. Yet despite the agency’s diminutive size, it was clear from the beginning that Ogilvy’s advertising intuition set the company apart from its competitors.

Ogilvy’s style was evident in an early campaign for shirt makers Hathaway. Ads featured the man with the eye patch, known as the man from Hathaway, who supported the small shirt makers from Maine in their efforts to take on the giant shirt maker Arrow. Ogilvy used photographs, then still a rarity in advertising, featuring a male model complete with eye patch performing a variety of unusual tasks. The Hathaway campaign made Ogilvy’s reputation and was an early example of his approach to brand building and supporting brands through brand image. Ogilvy followed the success of the Hathaway campaign, with a campaign for Schweppes, the soft drinks manufacturer. Putting to good use the knowledge he gained with Gallup, Ogilvy assuaged US consumer sensibilities about class with Commander Edward Whitehead, the distinguished looking Schweppes boss at the time. Schweppes sales in the US bubbled up by 500 per cent over the following nine years.

Ogilvy’s role at the agency was Jack-of-all-trades master of most. The exception was administration, for which Ogilvy had little time. To his credit he realised that this weakness was hampering the firm and employed Esty Stowell, a Benson & Bowles executive, as vice president in 1957. Stowell took responsibility for managing the entire agency, with Ogilvy retaining control of the creative department only.