The black and white terrain of business ethics is often, in fact, grey. But what are the implications of this?

David De Cremer
Leadership Ethics
Save to my profile

David De Cremer and Henri-Claude de Bettignies argue that the black and white terrain of business ethics is often, in fact, grey. But what are the implications of this? 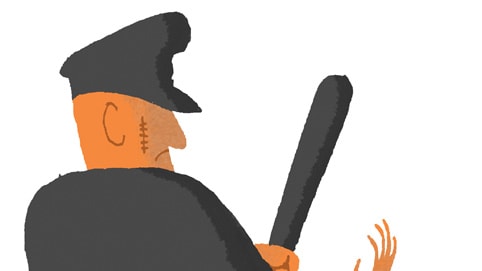 On a daily basis we are confronted with a wide range of ethical dilemmas. Due to the pressure to succeed in business and make profits, we face the challenge of having to make choices that can lead us in opposite ways. Conflicts of interest can easily arise. Ethics becomes something that is not easy to define — let alone comply with. As a result, good people can end up doing bad things.


Research shows that in people’s minds business is associated with notions of competition and greed. So these implicit expectations and norms can lead people into ethical misconduct. The fact that it’s all a part of business induces us to tolerate some level of moral disconnection. In other words, business is not an easy game, violations of ethics can happen, but they are part and parcel of the game.

What do these sayings imply and why are they easily accepted in their use?


Pushing the limits but not crossing the boundaries


Business ambition often lies in the extent to which one is willing to push the limits. Of course, this has to happen within the limits of what is legally permitted. To determine ethical limits we no longer rely on our own moral values. Instead, we check the existing laws and rules to see what is not legally acceptable. The advantage of this approach is that if the law does not mention that it is not acceptable then by definition it should be acceptable.


This attitude of pushing the limits effectively clouds our own moral limits and, as a result, increases the chances that we eventually will cross the boundaries. What at first seems like a small deviation — not severe enough to be seen as ethical misconduct — may after a while turn into a full-blown instance of corruption or fraud.


After a while, a whole new reality is created based on missing information. This effectively deceives the business’ stakeholders. As business owners may determine that this kind of unethical behaviour is not necessarily illegal, grey-shaded areas are quickly created and unethical behaviour escalates. As a result, it is no surprise that pushing the limits becomes synonymous with good business. At the same time, however, it becomes clear that pushing the limits as a business model becomes fertile ground for confusion and uncertainty about what is morally acceptable and what is not.


Despite the fact that everyone in business is aware that the “pushing the limit” approach creates grey zones, allowing for more opportunities to deceive, the system continues. Even more, this system is unquestioned and becomes the default setting. Business is comfortably grey. Research in the behavioural sciences shows that as long as people can rationalise behaviours they can feel comfortable with them. Put differently, as long as we can justify our actions, we will not feel that we are pushing the limits in unacceptable ways, let alone crossing the boundaries.


It is important to realise, however, that by the implicit (and sometimes even explicit) use of these self-justification processes we actually deceive ourselves. We make ourselves believe that we do not cross the boundaries, simply by pushing them a little bit — a clear act of ethical fading. We become blind to the fact that we are actually crossing the boundaries.


A paradox thus seems at work. We argue that business situations are often intrinsically grey zones but, by means of our own behaviour, we actually create these grey zones or at least promote and foster their existence. It will not bother us too much when finalising the desired deal if it takes place in the grey zone.


An endless long-term continuation of this process will lead to failures in our market and business systems. The financial crisis in 2008 was a perfect example of this. So, what to do? The most common response is to create more control systems, rewarding the behaviour we would like to see and punishing the behaviour that we wish to avoid. Although this may give some positive short-term results, the inherent nature of a control system will not help in the long-term. As one executive told us, the use of rules and controls is a guide in the absence of judgments.


And it is exactly these judgments that are needed. We would like to see a situation emerge where business people are able to judge whether we have crossed moral boundaries or not. In other words, that we become aware of our moral compass and allow it to influence our decisions.


A more direct way of pointing out the potential failure of control systems is by saying that the more controls we want, the less we may understand the reason behind the control. By using control systems to regulate our moral decisions and actions, we as humans detach ourselves from any sense of responsibility — after all, it is the system that is now responsible for the moral culture of our business. The result of this is that we all start suffering from moral amnesia. Under those circumstances, the action or decision that is most favourable to one’s own interest will then become the most justifiable option.


For the survival of our business systems it is imperative that managers are made aware of the psychology behind decisions taken in the context of moral dilemmas. We need to understand that we are not perfect rational beings and that we make mistakes — and start working with this reality in developing the responsible leaders we need. We also need to develop corporate cultures which foster the strengthening of people’s moral compasses, while inducing an open and trustworthy leadership that allows discussions of the grey zones we all encounter in business and how they come about. It is thanks to awareness — along with vision and imagination — that responsible leaders will be able to take actions conducive to a culture that respects people and contributes to the common good. The poor image of business and the lack of trust in its leaders can be changed if they learn how to navigate in the grey zone (that they have often created) through their own awareness of and reliance upon a strong moral compass. A long journey is ahead of us.