The Brexit hand has been dealt. We’re going to leave and grumbling about it is pointless.

Julian Birkinshaw
Politics
Save to my profile

Cards on the table. I’m a ‘remoaner.’ I don’t want the UK to leave the European Union and I don’t agree with the arguments put forward by those who did. I accept the result of the referendum, but I will continue to argue against it – that is how democracy works. The Brexit hand has been dealt. We’re going to leave and grumbling about it is pointless. 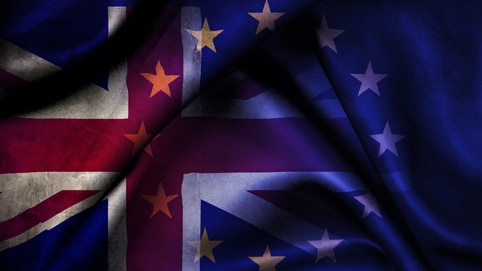 Facing a situation that isn’t ideal is probably a familiar feeling. During our careers most of us have worked with difficult bosses and colleagues, or we have sought to achieve goals we don’t fully support. We’ve had to buckle down, get on and make the best of it.

What does that mean in today’s Brexiting business world? At a time when everything feels unpredictable and uncomfortable it’s good to start by looking at what we know for certain.


The state of play


Soon after the result of the Referendum was known, the cogs of the bureaucratic machine tasked with extricating the UK from the EU started turning. Lawyers and civil servants are going to be kept very busy for a very long time. Proposed legislation – commonly known as the Great Repeal Bill - will convert European law into British law on the day the UK formally leaves the EU. There will eventually be changes to regulations and tariffs as trade agreements are hammered out and questions about, for example, the free movement of workers and the future of integrated supply chains are resolved. These will alter the way some businesses operate and certain sectors will be affected more than others. But you won’t know how they’re going to impact your organisation for at least two years, probably longer.

The point is, Brexit is two very different things. On the one hand, it is this new set of regulations and trading arrangements that won’t materialise for years and, for many businesses, will actually have a limited impact on their bottom line. On the other hand, it is a state of mind that affects how people feel about themselves and the world they live in. This intangible manifestation of Brexit has already happened. Its impact on business may be, ironically, far greater than the changes to regulations and trading agreements that might follow later. Exchange rates are one clear manifestation of this impact.

So stop worrying about regulatory changes that may be coming down the road. The idea that business might be freed from large swathes of red tape post-Brexit is a red herring. And the scaremongering about international trade drying up is equally unlikely. Your job as a business leader is to find a sensible path through a fog of uncertainty, focusing on what is, rather than what might be. Here are some guidelines for coping with this strange new world.


1. Action beats reflection – just do something


When confronted with a threat a very natural reaction is to freeze on the spot. But this is no time to be a “deer in the headlights”. Postponing investment or hiring new staff may feel foolhardy when we’re unsure of the economic terrain but treading water while waiting to discover what the new business environment will look like is a mug’s game. Inertia is not a business plan.

Remember, strategy is one-tenth inspiration, nine-tenths perspiration. Success in business is about enabling people to move forward in a coherent way, not dreaming up a brilliant plan. The former Government Digital Service head, Mike Bracken, used to say “The strategy is delivery” – in other words, no more lengthy policy documents, just get out there and build digital products people need. This approach creates impetus and it avoids the analysis paralysis that many large businesses suffer from.

In the context of Brexit, this means shutting out the “white noise” – the daily bombardment of speculation about the manner and timing the UK’s exit from the European Union. In a world where information is ubiquitous, the scarce resource is our own attention. Don’t waste yours. Rather than following every bump in the Brexit negotiating road, focus on what’s directly in front of you - the way forward for your business.


While most of your energy should be spent on business-as-usual, you need to work through the worst-case scenario of Brexit for your own business, and make sure the necessary contingencies are in place. If you are a UK-based financial service firm, you have almost certainly done this already, by investing in a small office on the continent that can be scaled up if need be. But there is a broader principle at work here, the notion of building capability in advance so that you are more resilient than others when the storm hits.

For example, many businesses are anxious about how they are going to recruit staff. Remember that there are still another two years during which Europeans will be entitled to come to live in the UK. Use that time to become smarter about finding future sources of labour. Are you able to enrich jobs by altering or adding responsibilities that make them more appealing to potential employees? Obviously some jobs, such as farm labourers and careworkers, are immutable but it may be possible to automate others or to outsource them overseas.


3. View uncertainty as an opportunity to think creatively


Use the shifting landscape as a catalyst to galvanize new ways of thinking. It is often said that necessity is the mother of invention, and indeed there are plenty of examples of businesses –from GE and Revlon to Microsoft and Fedex –that took shape during recessionary periods. So take a close look at the new constraints that Brexit is placing on you – in terms of access to key components, labour, or certain customer segments – and brainstorm creative solutions to those problems. As economic commentator and author of Messy: How to be Creative and Resilient in a tidy-minded world, Tim Harford says, "Messy disruptions will be most powerful when combined with creative skill. The disruption puts an artist, scientist or engineer in unpromising territory – a deep valley rather than a familiar hilltop. But then expertise kicks in and finds ways to move upwards again: the climb finishes at a new peak, perhaps lower than the old one, but perhaps unexpectedly higher.”


4. Exploit confidence (while it lasts)


Despite dire warnings and predictions of the economy taking a nose dive, business and consumer confidence is still high. Rain Newton-Smith, Chief Economist at the CBI, has reported that, “the economy is growing solidly, with consumer-facing sectors leading the way for now. And it’s encouraging that firm growth is expected to continue over the next three months.” Perhaps we shouldn’t be surprised about this. Consumer spending is typically the biggest driver of economic growth, and it is affected as much by intangible factors, like nationalist pride and optimism, as it is by how much discretionary spending power people actually have. For half the country, at least, Brexit has led to a bounce in spending, much as Trump’s election has buoyed consumer confidence in the US. And of course exporters and the UK tourism industry are benefiting from the fall in sterling.

But you need to make hay while the sun shines. One of the inevitable consequences of a weak pound is a rise in cost of imported components. Inflation has started to rise already, and before long these price increases may well lead to a falling-off in consumer confidence.


5. Learn the lessons of Brexit


Whichever side of the ‘Vote Leave’/ ‘Stronger In’ debate you were on, the two campaigns and the referendum result provided salutary reminders about human nature and behaviour. They revealed how people felt alienated, thinking that faceless Brussels bureaucrats – and many homegrown politicians – had no understanding of their daily lives and concerns.

Banish ‘Brussels syndrome’
Make sure that employees and customers don’t view the people at the centre of your organisation as disconnected, unsympathetic and beyond their reach. Is your CEO as out of touch as Jean Claude Juncker? Hopefully not. So if you sit at the corporate centre, get out and discover what people really think. Talk to people on the front line of your company, visit customers and try to see the world from their perspective.

Build on emotional conviction
During the Referendum campaign Vote Leave’s Michael Gove famously remarked: “people in this country have had enough of experts.” Will Straw, Executive Director of Stronger In, admitted that his side’s failure to recognize this groundswell of opinion had been a major strategic error. “In an age of emotion, “he said, “we sought to fight a rational campaign.”

The lesson for business is clear. Tapping into the aspirations and desires of customers and employees triggers positive feelings of satisfaction and belonging. Businesses need to create intimate connections between what they’re selling and their customers. Apple and Harley Davidson advertisements do this by linking products with experiences - filming on an iPhone makes a school play as significant as a Hollywood movie, and a motorbike road trip becomes a voyage of self-discovery.

Craft a simple, popular and positive message for your business
Sharing what your business stands for and where it’s headed can harness the support of staff and customers. Following the referendum Andrew Cooper acknowledged that Stronger In’s vague assertion that leaving the EU would be ‘a leap in the dark’ lacked impact. “The Leave campaign seemed to have all the best tunes,” he wrote. “‘Take back control’ was a strong, clear message requiring no explanation.”


6.Trust your instinct and go for it


In the workplace we rely heavily on financial data to guide our decision-making. However, sometimes focusing too much on numbers not only leads to analysis paralysis but also sucks us into a way of thinking that loses sight of the human and emotional elements vital to doing business effectively (see my forthcoming book Fast/Forward: Making your Company Fit for the Future for more on this). Faced with the unquantifiable outcomes of a post-Brexit world it will become increasingly important to rely on gut feeling and intuition and to take decisive action.

When Jeff Bezos was launching Amazon’s first Kindle e-reader in 2007, there was no rational data he could rely on to predict its success or failure. Trusting to his gut instinct that there would be a market for the Kindle, he accepted that there was a risk involved. “Failure and invention are inseparable twins,” Bezos later wrote to Amazon shareholders. “To invent you have to experiment, and if you know in advance that it’s going to work, it’s not an experiment. Most large organizations embrace the idea of invention, but are not willing to suffer the string of failed experiments necessary to get there….Big winners pay for so many experiments.”


Whichever side won our vote in the referendum we’re all agreed on one thing: grappling with how Brexit will affect the UK is going to be a drawn out and complicated process. While you work out what it means for you and your business in the long term, don’t stand still. Be brave, be proactive and bear in mind the wisdom contained in the prayer used at Alcoholics Anonymous to help to weather periods of doubt and confusion: