Boosting strategy with an online community

A programme that merged online communities with strategic development and implementation at Nokia has provided valuable lessons about ...

Lynda Gratton and Joel Casse
Organisational behaviour
Save to my profile

A programme that merged online communities with strategic development and implementation at Nokia has provided valuable lessons about the new ways employees are able to engage and interact. Lynda Gratton and Joel Casse tell how “deep involvement” evolved 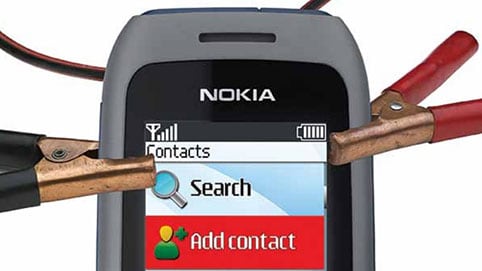 Nokia is one of the great innovative companies of the last 10 years. In an industry defined by six-month product cycles, by constant changes in both technological capabilities and the competitive landscape and by customers who want to be involved in designing the features of the next phone they use, Nokia is being watched as never before.

Founded in 1865 and based in Espoo, Finland, Nokia is the largest mobile phone maker in the world. Its 123,000+ employees generated around e52 billion in revenue in 2009. Yet, despite its marketplace prominence, Nokia must now compete with both old competitors (such as Motorola) and new competitors (such as Apple), all of whom have launched new phones and phone services in the last year. Even Google entered the phone business earlier this year.

All of this explains why Nokia is being so closely watched today. One commentator on the industry, Michael Gartenberg, wrote an online column last December titled “Entelligence: What’s the future of Nokia?”

He wrote: I increasingly look at Nokia’s products and listen to its strategy wondering if the company can remain relevant in a mobile world that’s changed drastically over the last two years. I’m not talking about a Nokia death watch, or whether the company will remain in business – that’s foolish. Of course Nokia is going to stick around; it’s what it’s going to look like that concerns me. A future of selling low-end phones into emerging markets with some minor services might be profitable, but it’s not a direction that leads to industry relevance or influence.

Yet, no one is watching Nokia as closely as its own employees, who are very much involved in shaping its future. And that is why Nokia may quite possibly prove to be the strongest competitor in the field of telephony. Nokia is using creative online communities and open innovation today to expand its marketplace lead tomorrow.

For more than a decade executives at Nokia have focused on including employees in shaping the company’s destiny in two key ways. First, Nokia’s strategy creation has evolved into a process in which, every six months, over 400 people across the company pool their knowledge and experience in building what is termed a “strategic road map” for the company. Second, Nokia frequently restructures its operations through the use of modules (think of groups and communities of employees).