"'Bankers' bonuses continue to receive ample critique, being qualified as immoral and unethical. However, that the bonus system suffers ...

Freek Vermeulen
Banking
Save to my profile

Freek Vermeulen, Associate Professor of Strategic & International Management, London Business School, said: ‘Bankers’ bonuses continue to receive ample critique, being qualified as immoral and unethical. However, that the bonus system suffers this critique seems largely the result of awkward semantics. “Bonus” suggests a reward for good performance, which seems something at odds with banks over the past few years. 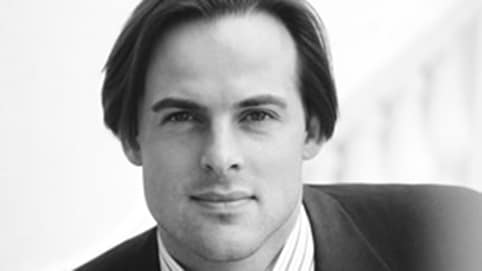 ‘Bankers’ bonuses continue to receive ample critique, being qualified as immoral and unethical. However, that the bonus system suffers this critique seems largely the result of awkward semantics. “Bonus” suggests a reward for good performance, which seems something at odds with banks over the past few years.

However, in reality, these bonuses do not really serve the role of rewards for good performance. Instead, they are just a form of “flexible pay”. That is, most bankers’ salary consists of a fixed and a flexible component. The flexible component decreases if their firm performs less well, which it has done for most bankers over the past few years.

If banks would just rename their “bonuses” into something like “flexible pay” that might not only be closer to the reality of things, but also shield them from much of the vigorous critique of outraged outsiders. Instead, some might even be inclined to applaud them for taking such a heavy pay cut in these meagre times. I do not see many other job categories agree to such heavy pay cuts as they went through recently; imagine proposing a 40 percent pay cut to Tube drivers or BA crews – bankers accepted it without much grumble.

However, this does not mean that the flexible pay system that banks have grown to use (i.e. their bonus system) is a smart way of rewarding people. It is not; it is outright clumsy. Flexible pay is intended to motivate people, make them emotionally tied to and proud of their firms, and prevent them from leaving. Bonuses do no such thing. People just wait for their bonus to arrive and then leave; it has no influence in terms of retention. Things get even more awkward (or perhaps ridiculous) when they introduce “guaranteed bonuses”; how on earth are they supposed to motivate anyone?

Research on employee remuneration does not look good for them either. Bonuses tend to increase wage differences between people within the same organisation and team. Yet, research by professor Matt Bloom from the University of Notre Dame showed consistent evidence that wage differences actually demotivate people, and make a team perform worse; they even demotivate the team member with the highest relative pay. In comparison, teams with much more homogeneous pay tend to perform much better. In addition, research by professor Dan Ariely from DukeUniversity and colleagues provided evidence that individuals are also negatively affected by extremely high pay, the same people performed better when their remuneration was within more normal bounds.

Thus, rather than being immoral and unethical, the bonus system is simply rather crude and clumsy; it does not get the job done. That is not unusual for banks, which generally seem to be run by people who are excellent bankers but very poor at managing stuff. Common sense would suggest that they rethink the bonus system’s name (and change it into something like flexible pay). Scientific evidence would suggest that they rethink the set-up of the entire system altogether.’