On the eve of the World Economic Forum in Davos, I’m excited about learning from global leaders about a wide range of topics.

On the eve of the World Economic Forum in Davos, I’m excited about learning from global leaders about a wide range of topics. 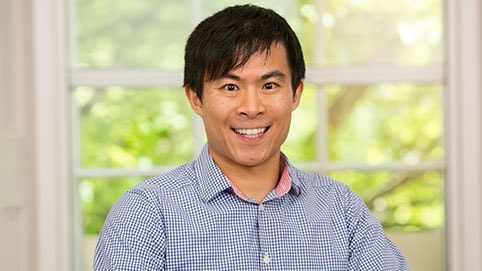 At the forefront of most attendees’ minds will be current economic issues. One is regulation. The financial crisis has led to sweeping reforms, such as the Dodd-Frank Act to increase regulatory oversight, and the Volcker Rule to restrict banks from engaging in proprietary trading.  However, many commentators are concerned that these regulations are a knee-jerk reaction to public anger with financial institutions – that policymakers felt pressure to “do something” rather than “do the right thing”. On the one hand, these regulations may unduly restrict banks from pursuing their core social function – lending to finance growth and investment. On the other hand, they may actually increase the likelihood of another crisis by failing to target the root cause. For example, the European Union has capped bankers’ bonuses at no more than their annual salary, or twice the annual salary with shareholders’ approval. This has led to banks increasing their base salaries, which is exactly the wrong way to prevent future crises. While bonuses can be lowered in a crisis, helping a bank to stay solvent, base salaries are much harder to. More generally, it is not clear that compensation caused the crisis to begin with – Lehman was arguably the bank closest to the compensation model advocated by reformers, with employees holding substantial stakes in their firm. Pay has far less effect on society than many other corporate decisions (mergers, investments, dividends, capital structure) yet gets regulated most of all as it is popular with voters.  I will be very interested to hear Davos participants’ views on how to take a measured approach to regulation, what regulations they feel are indeed justified in the light of the crisis, and which should perhaps be reversed.

There are many other topical subjects that I’m sure will be discussed – the European debt crisis and the future of the Euro, when monetary policy will be tightened, whether emerging markets will rebound from their disappointing past year, and so on.  However, Davos also provides us with the opportunity to step back from current events and discuss long-term, big picture issues that we might not normally get the chance to think about.  I’m particularly interested in how economies can encourage long-term growth and innovation.   Most methods of valuing companies, evaluating corporate performance, and deciding which firms to invest in are based on the 20th century firm, which was predominantly capital-intensive.  Nowadays, the key organisational assets are intangible – organisational culture, R&D capabilities, brand strength, and corporate social responsibility.  Supporting long-term innovation requires systemic change among multiple stakeholders – analysts and investors to focus less on short-term earnings, managers to be compensated according to the long-term, and disclosure policies to focus less on quantifiable metrics.  Separately, I’m excited to be a discussion leader of a behavioural economics session entitled “Making Better Decisions” on how we can improve important decisions such as saving for retirement.

More broadly, I’m particularly interested in the opportunity to learn about non-economics topics.  I’m especially looking forward to a session on creativity by a composer and pianist, a workshop on leadership with a pioneer swimmer, an exhibition on 3D printing, and two “ideas laboratories” on engineering and computer science innovations by Oxford and MIT, my alma maters.