We are asked four London Business School professors for their predictions on the year ahead.

We are asked four London Business School professors – Andrew Scott, Julian Birkinshaw, John Mullins and Ioannis Ioannou – for their predictions on the year ahead. 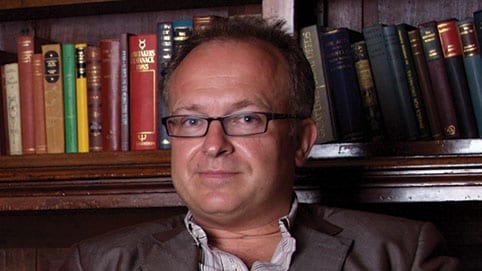 2013 will finally start to see a political shift around the lack of growth in the West with the realisation that technical financial considerations and fiscal austerity are not a recipe for growth. Expect to see real political tensions emerge as parties debate what sectors, what mechanisms and what policies are needed to generate broad based sustainable growth that is of benefit to all. Views will split between a social democratic tripartite approach and a market led emphasis on entrepreneurship and a rolling back of the state.

The legacy of the Occupy movement and the Arab Spring will continue to challenge CEOs. CEOs are now not merely answerable to their shareholders, their employees and their customers but all the stakeholders in society as the key questions posed by the economic stresses of the financial crisis challenge CEOs ­­– how does your firm contribute to the broad benefit of society rather than a narrow set of self-interested stakeholders.

Here’s an unfashionable prediction for 2013 ­– this will be the year the big banks start to regain the public’s trust.  The headlines from the last twelve months were full of fines, sackings and scandals, but behind the scenes the big banks were getting their houses in order; selling off troubled businesses, rethinking their incentive systems, and strengthening their balance sheets. The banks are still in for a bumpy ride, but the outlook is more positive than any time since 2007.

In 2012, raising early funding from Kickstarter and the like was all the rage among entrepreneurs and other innovators with new ideas. In 2013, watch out for a backlash, as some empty promises turn into dust. The challenges inherent in raising money, daunting as they are, pale in comparison to those entailed in actually building a successful business.

In 2013 the perception that businesses can meaningfully contribute towards the resolution of the world’s social and environmental problems – and do so profitably – will become more widespread. We will see increasingly more large companies voluntarily integrating social and environmental issues into their business model and strategy, thus representing a novel way of doing business.

Such sustainable organisations will have different governance mechanisms compared to more traditional companies – they will be more accountable, more transparent, and they will engage with their stakeholders in a deeper and more meaningful way – whether that be suppliers, employees or shareholders.

They will also adopt longer time horizons in their decision-making , collect and utilise both financial as well as non-financial information, and indeed they will credibly disclose how their environmental and social imperatives contribute towards value creation; such disclosures will become more integrated with traditional financial reporting.

Finally, these new business models will be regarded more favourably by investors and capital markets because of their increased transparency as well as their better contracting which is based on long-term relationships of mutual trust and collaboration with their multiple stakeholders. By significantly outperforming traditional companies both in stock-market as well as operational performance, sustainable organisations will also attract and retain investors that are more long-term oriented thus fending off market pathologies in the form of short-termism.

In other words, the world of business will continue to witness in a more prominent way, the emergence of the sustainable corporation as a new way of doing business!