Women: why some bosses find your success threatening 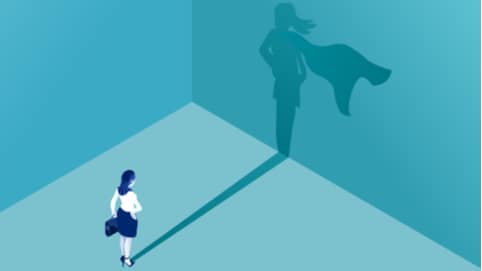 A 2018 book on how women can achieve greater career success encourages them to claim recognition for their accomplishments. While the advice is generally sound, there are instances where competence signals such as past promotions can lead to lower performance evaluations for females in their current roles.

Research by Ena Inesi, Associate Professor of Organisational Behaviour at London Business School (LBS), shows that some bosses – particularly male ones that prefer strong hierarchies – are threatened by women who have attended an elite university or demonstrated exceptional performance in a previous job.

When giving performance reviews, such managers tend to rate women with fewer past successes more positively than those with greater accomplishments. This is because they feel psychologically threatened, according to Dr Inesi. “Although competence signals can help during the hiring process, those same signals can have a detrimental effect on later performance evaluations,” she wrote in an article for London Business School Review.

• Read ‘Women: when proving your worth hinders your progress’

Dr Inesi’s research, carried out with her LBS colleague Dan Cable, Professor of Organisational Behaviour, highlights this particular challenge for women in business. While they should share their achievements – as Sally Helgesen and Marshall Goldsmith state in How Women Rise – those very accomplishments may prove a stumbling block in future appraisals.

Helgesen and Goldsmith’s book, written to encourage women to enjoy more satisfying careers, provides 12 tips on the common habits that prevent them from getting a salary raise, promotion or new job. They include building rather than leveraging relationships, failing to enlist allies from day one, putting your job before your career, being a people pleaser and wanting to be perfect.

The starting point for Inesi and Professor Cable’s study was a data set of real performance evaluations in one branch of the US military. Both academics felt it was a good place to test their ideas, as managers in the military tend to be male and hierarchically oriented.

Their initial theory was that past competence signals, which are not relevant to evaluations of current performance, could still have a negative impact on high-performing women. This belief stemmed from the idea that past achievements threatened the traditional gender hierarchy, where men are at the top and perceived to be more competent than women.

On analysing US Army data, the LBS academics spotted a negative relationship between competence signal strength and performance evaluations when the woman was performing to a high level in her current role.

“There were other studies suggesting this might be the case but to see it so starkly was surprising to us,” said Dr Inesi. “Women know they are going to encounter challenges: people are going to make assumptions about your competence based on your gender so you are going to do everything you can to prove yourself.

"What this research shows is that these accomplishments are looked upon in a threatening way by some individuals, which has a negative downstream effect.”