Politics Government and Society Financial governance
Save to my profile 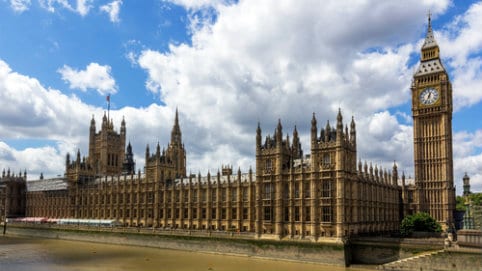 Showing companies that corporate responsibility is good for their business will encourage them to do work that benefits society.

Alex Edmans, Professor of Finance at London Business School, said that organisations would focus more on employee wellbeing if aware of the associated benefits.

“Why do people eat healthily or exercise?” he said while giving evidence at the Corporate Governance inquiry at the House of Commons.

“It’s not down to government regulation, it’s because of evidence showing that healthy eating and exercise have substantial benefits. Similarly, there’s lots of evidence that serving society boosts profits. If we disseminate this evidence, firms will start to do it voluntarily.”

Prime Minister Theresa May has proposed several regulations to force companies to become more socially responsible, such as mandatory workers on boards and disclosing the ratio of CEO to median workers’ salaries. She is also pushing for binding rather than advisory say-on-pay laws, where a firm’s shareholders vote on executives’ remuneration.

But Professor Edmans believes such laws have two major flaws. First, they send the message that serving society is bad for profit, so companies will only be socially responsible if hit with legislation. Second, they will only lead to compliance, with firms doing the minimum required to satisfy the laws.

“Forcing firms to put workers on boards or pitting executives against managers by comparing their pay would hurt rather than help, by reinforcing the myth that purpose is at the expense of profit,” he added.

The government needs to get companies to buy into social responsibility and not just adopt it to satisfy a law, according to Professor Edmans. He cited research by the Purposeful Company – a taskforce set up by Will Hutton, Chair of the Big Innovation Centre, of which Professor Edmans is on the Steering Group – that highlights how businesses benefit from adopting a long-term strategy, establishing strong corporate governance and being socially active.

“The research shows that the long-run stock price performance improves for companies that have a purpose [make investments based on their values rather than to just make money]. That comes from employee satisfaction, treating customers better and reducing the environmental footprint.”

Professor Edmans’s own research on employee satisfaction looked at 28 years of stock market data. He found that the long-stock returns for companies with satisfied employees outperformed other businesses by 2.3%–3.8% per year.

“There was this myth where companies that cared for their stakeholders did so at the expense of society,” Professor Edmans told the panel. He explained that some firms are socially irresponsible because they do not know about the benefits of working for society.

He added that more research into the reasons why companies shirk their social responsibilities was needed – and that evidence suggests that it is short-term pay, rather than high remuneration, that seems to be the cause. “Before we recommend treatment, we must first ensure we’ve diagnosed the problem correctly.”

He teaches on the following programmes: