Why machines are good for employment 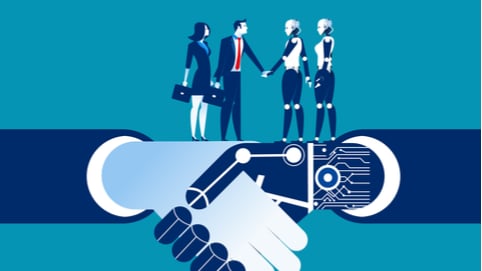 Workers worried about automation should take heart from studies showing that machines and new technology have boosted employment in the past 200 years.

Daron Acemoglu, Professor of Economics at MiT, explained that while making some roles redundant, technology had also created new jobs in many fields, according to various research papers.

“Employment in the advanced world has grown solidly for the past 200 years, a period in which automation has made some tasks obsolete and replaced them with new ones,” he said at a London Business School (LBS) event hosted by the Wheeler Institute for Business and Development.

“Looking at the industries that people now work in – healthcare technology, management consultancy and software programming – these sectors didn’t exist 40 years ago and the tasks people perform today are comparatively new. The creation of these new tasks fuels employment growth.”

However, he warned that education in developed nations such as the US needed to change to prepare people for new, technology-driven roles.

“The education system is still the same now as it was in the 1950s, so students don’t get the skills they need for today’s jobs,” he said at the LBS event ‘Automation in Emerging Markets: Killing Jobs Before They’re Born’. “Without those people, you can’t exploit the latest technology or boost productivity.”

There are two types of technologies affecting workplaces around the world, according to Professor Acemoglu. The first is enabling technology, making staff more productive when performing tasks that they generally undertake. For example, designers now use computer-aided design software to draw with more precision.

The second technology is replacement, which can lead to reduced wages and job losses – commonly known as the displacement effect. In the car industry, manufacturers now use robots on assembly lines that carry out the tasks previously performed by labourers.

In the US, replacement technology has forced about 400,000 out of work
– a relatively small percentage of the nation’s 6.6 million unemployed.

Companies that invest in replacement technology benefit from improved productivity and spend less on wages, which is bad news for employees. More positively, such automation can also create new tasks and roles, according to Professor Acemoglu.

He points out that a car manufacturer may think, ‘I have machines doing the work, reducing my costs. That means I can now sell more cars for cheaper, which encourages consumers to buy better stereo systems [which requires more people to make them]’.

“The same applies to other labour-intensive industries such as healthcare or education,” he said. “Increasing productivity through technology creates increased demand for labour.”

The Wheeler Institute for Business and Development is an LBS research body that aims to help tackle the world’s most urgent economic and social problems.