Why digital banking and banks can co-exist

Finance Telecommunications, Media and Technology
Save to my profile

Mobile and online banking is on the rise, but customers still like a personal touch 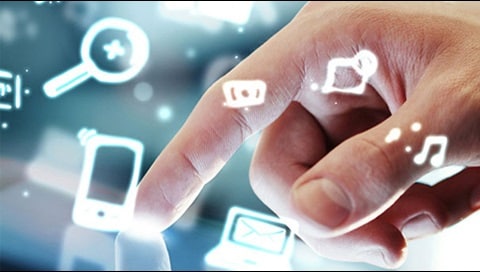 The need to gain people’s trust by interacting with them in person means that banks operating in a digital world cannot afford to close their “bricks and mortar” branches.

Industry experts at the London Business School’s Tech Media Summit said that global demand for mobile payment and online services would continue to rise in a digital age, where people with a smartphone can transfer money at the press of a button.

But while technology such as Apple Pay – which allows people to make payments in store by holding their iPhone, iPad or Apple Watch near a contactless reader – enables customers to bank-on-the-go, they still want a physical interaction with a bank manager or employee when buying a house or making a big purchase.

“Many people still want the trust of looking someone in the eyes when making a big decision to take out a loan or mortgage said Terry Cordeiro, Head of Proposition Development for Lloyds Digital Transformation.

Cordeiro added that bank branches would need to evolve, as the services they traditionally offer such as transferring money and paying bills can now be done using mobile phones and tablets. He believes branches of the future will hold masses of digital information, enabling banks to find products and services that match their customers’ preferences and handle their requests quickly and more efficiently.

Julian Wilson, Head of Mobile Innovation at Barclays, told delegates that the bank’s CEO, Antony Jenkins, sees Barclays as a technology company with 125 years of banking experience. He added that bank customers still like having the option of dealing with someone face-to-face.

Demand for digital banking has grown strongly in recent years. The British Bankers’ Association revealed in July 2014 that mobile phone and online transactions across the UK amounted to £1 billion a day. In the US, 51 per cent of adults were banking online by August 2013, according to PewResearchCenter, while MobiThinking estimates that China’s top four banks account for 352.1 million mobile banking customers.