Faculty, students and experts explain what it means to be tough 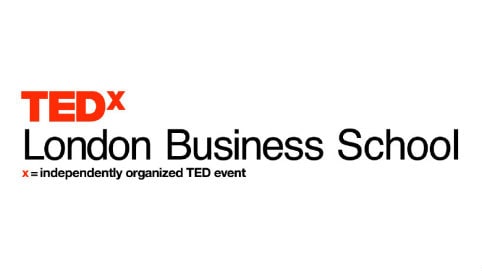 At this year’s student-led TEDxLondonBusinessSchool, 16 storytellers convened on stage to share “ideas worth spreading” around one common thread: resilience.

She urged the audience to consider this definition of authenticity – being true to yourself.

“Which self? We have many selves, depending on the different roles that we play in life. We evolve and even transform ourselves with experience in new roles.”

What got you here won’t get you there, she said. Thus, doing what it takes to be effective going forward versus being true to yourself creates an authenticity paradox.

Professor Ibarra candidly shared a story of her early teaching days when she needed to try out new techniques. When the advice “just be yourself” didn’t work she pivoted and became more playful with her sense of self.

“This experiment changed how I saw my job and how I saw myself,” she said. “Authenticity is not a trait but a lifelong process of learning.” Resilience here is about adaptability and growth.

Dan Cable, Professor of Organisational Behaviour at LBS said: “I don’t think there’s such a thing as a self. A self is just a story that we tell ourselves about ourselves.”

Professor Cable explored core themes from his book, entitled Alive at Work: The Neuroscience of Helping Your People Love What They Do. He asked: “What if you got a chance to hear your own eulogy when you were still alive?”

Research suggests that learning what people appreciate about you most can activate a best-self mindset, a phenomenon that can make employees happier, more resilient to stress, more productive and less likely to leave a firm.

Drawing on resilience as the capacity to recover quickly from difficulties, Jennifer Lynch, a third-year PhD student in Organisational Behaviour at LBS, tackled the challenge of loneliness. Despite being born and raised “embedded in a web of connection”, we “don’t know how to make meaningful connections,” she said. In her talk, ‘Why you’re more creative than you think you are’, she offered four ways to connect with people in more creative ways.

• Curiosity: “Am I coming from a place of curiosity?”
• Appreciation: “Put your finger on a virtue they value.”
• Vulnerability: “Share a meaningful story.”
• Engagement: “Dial down distraction.”

Lynch reminded the audience that, “Creativity isn’t what we do. It’s how we do it.”

In the 15 years since America’s invasion of Iraq, some 300,000 Iraqis and 4,400 American soldiers have been killed. Abdullah Al-Shakarchi, a current MBA student at LBS, spoke about growing up in Iraq in the aftermath of the Gulf War. “Need is the mother of innovation,” he said, adding that he watched his uncle adapt useful technology using spare parts. The slogan, “Screw the impossible!” shaped Al-Shakarchi’s thinking, making him “un-fazed” and “durable”, he said.

Lucy Choi, a current MBA exchange student at LBS from Hong Kong University of Science and Technology, discussed bridging modern society and opera. As a classically trained pianist, through injury, she stumbled into finding her voice and her passion in one of the world’s most sophisticated art forms – opera. She was shocked, however, to see an exclusive audience belonging to the “silvery-haired generation”. “Is the theatre only for the social elite?” she asked. Determined, Choi is taking opera to the masses with her start-up, More Than Musical.

“Opera is a shared moment of magic,” she said. “It’s a way to escape from the world.” A way to be resilient.

Find links to this year’s talks here when they become available. In the meantime, check out the full speaker line-up.