What Nespresso tells us about the ecosystem economy 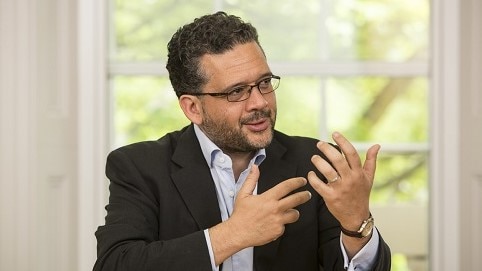 When world's leading nutrition, health and wellness company Nestlé was preparing “to go mainstream with Nespresso and its single-use espresso capsule, it knew that users would need a machine specifically designed to work with the pod,” writes Professor Michael Jacobides, Sir Donald Gordon Chair of Entrepreneurship & Innovation at London Business School in Harvard Business Review.

“The company cultivated a network of manufacturers. It didn’t tell customers to buy a Jura, a Krups, or a Braun - it just decided which manufacturers could be on the list. And because the capsule and its interface were patented, other manufacturers could not make Nespresso-compatible machines without permission.”

In 'In the Ecosystem Economy, What’s Your Strategy?' (Harvard Business Review, Michael G. Jacobides, September-October 2019 Issue) describes how new technologies and platforms have created “designed ecosystems” such as Nespresso’s that are increasingly important, owing to the convergence of three big structural changes in our economy.

“The first is an unprecedented rollback of regulations protecting firms that once had the exclusive privilege of serving particular customer needs. As those protections fall, organisations in other domains are free to partner to provide more-integrated offerings, as when accountancies team up with law firms. The second change is a blurring of the separation between products and services because of regulatory changes and digitisation. The latter has also led to offerings with more-modular structures whose components can be recombined in new ways, which in turn has encouraged the rise of product-service bundles provided by networks of interdependent suppliers. The third change involves technology that is revolutionising how firms can serve their customers. Our dependence on mobile devices, along with the internet’s influence on buying patterns, has dramatically expanded the possibilities for linking previously unrelated goods and services - reinforcing the effects of the first two changes.”

The Nespresso case study is a potent illustration of the power that flows from successfully building a business ecosystem. Until recently, many companies - indeed, entire sectors - could get away with acting like insular silos. Now, three things have changed. First, regulatory overhaul has shaken things up. Second, digitisation has enabled low-cost connections between firms. And third, Lego-like modularisation has thrown up completely new ways of connecting products and processes.

Professor Jacobides concludes his article in HBR by making the observation that business is currently undergoing a paradigm shift as a result of digital innovation.

“Competing is increasingly about identifying new ways to collaborate and connect rather than simply offering alternative value propositions. But as the scope of opportunity expands, so too does the confusion of executives confronted with digital ecosystems. The complexity of those systems doesn’t mean we should give up trying to make sense of them; it means we need to adjust. We must shift from rigid strategies based on prescriptive frameworks to dynamic experiments based on a process of inquiry. Start by asking yourself the five questions I’ve just proposed.”