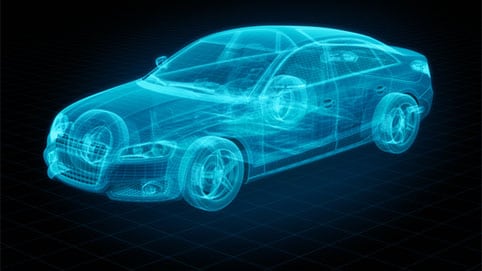 Carmakers worried about the fallout from the Volkswagen emissions scandal should explore more innovative ways to produce cleaner vehicles rather than dwell on the repercussions for the industry. That is according to Ioannis Ioannou from London Business School (LBS).

The European Union is considering tougher regulations and emissions tests in the wake of the scandal, which saw VW admit to cheating in the US by fitting its cars with a ‘defeat device’ that allows them to pass lab testing. The cars actually produce 40 times the emissions standard.

Automotive companies are concerned that such measures will make it more expensive to produce clean diesel cars. But Dr Ioannou, Assistant Professor of Strategy and Entrepreneurship at LBS, believes they should already be investing in sustainable technology for their latest models.

“The best companies do not wait for laws and regulations to be introduced,” he said. “If decarbonising leads to more efficient operations and energy savings, they should go ahead and do it before the regulation comes in. What’s the point of waiting for new rules if there are short-term gains to be had today?”

Dr Ioannou added that cost is no reason for not developing cars fuelled by clean technology such as electric. “Companies that use this excuse haven’t innovated enough and they are not financially sustainable. Achieving sustainability while being profitable and environmentally responsible comes from innovation and developing products with a function or attribute that consumers are willing to pay for.”

Going green
The VW scandal has brought into focus the issue of sustainability, which should be high on the agenda for carmakers. In 2009, the European Commission set a stringent target for cutting emissions and energy consumption by 20 per cent each over the next 11 years.

Depleting oil reserves is another reason for car manufacturers to develop automobiles that run on renewable energy. In its benchmark annual review of world energy, BP revealed that at current production levels, global reserves could fuel the world for another 52 years.

The report, which was released in June 2015, showed that global demand for oil grew by 843,000 barrels per day in 2014. Russian and US reserves climbed to 103 billion and 48.5 billion barrels compared with 93 billion and 44 billion respectively for the previous year. Their increases have boosted global reserves to 1,700 billion barrels.

“Given all the talk about emissions and the car industry’s dependence on oil and gas, it’s hard for me to see how sustainability is not a daily preoccupation for the sector’s corporate leaders,” Dr Ioannou said.

“Industry change can come in two ways: either existing companies adjust or new, entrepreneurial businesses enter the market. The VW scandal shows that some of the current automotive firms may cut corners to satisfy emissions targets, leading to smaller, more agile companies entering the industry with new technology.

“They may be able to overtake the existing players, so it’s worth keeping an eye on who enters the industry, the technology they bring and how they may be a better fit in terms of the global sustainability trends that we’re seeing.”

Regaining trust
Since the emissions story broke in September 2015, VW has been ordered to recall millions of vehicles worldwide that carry the device. Its shares are down 40 per cent, while the now former chief executive Martin Winterkorn resigned following the revelations.

The scandal has rocked an industry that relies on trust from customers, shareholders and regulators, according to Dr Ioannou. “People are suspicious about all car companies that have introduced diesel models,” he said. “Shares of other automotive firms have gone down, which reflects the lack of trust.”

Regaining that trust is achievable if VW follows the lead of companies in other industries. BP was responsible for one of the worst environmental disasters in US history, when an undersea oil well exploded in the Gulf of Mexico 40 miles off the Louisiana coastline in 2010. The incident killed 11 workers on the Deepwater Horizon rig and saw millions of gallons of oil leak into the ocean over the next 87 days.

To repair its tarnished image, BP has pledged to commit US$500 million to research into understanding, responding to and mitigating the potential impacts of oil spills on marine and coastal ecosystems.

Dr Ioannou believes VW could win back trust by exploring ways to address the discrepancies in lab versus road tests for car emissions or building stronger relations with customers.

“Apologies are fine but only when backed with action,” he said. “Fixing the cars that already have this emissions data software is important, but it’s also important for VW to focus on helping improve the car tests. The company could also engage with consumer associations to understand their expectations and use that to mend the relationship with them.

“As for shareholders, VW should show its commitment to transparency, explain how it is dealing with the people responsible and outline their long-term plans for the company to ensure this doesn’t happen again.”