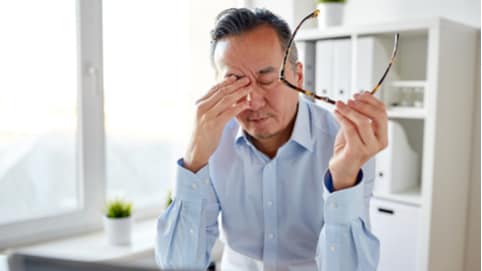 British chief executives were nearly twice as likely to leave their jobs last year as the global average, according to research by executive search firm Heidrick & Struggles (H&S). At FTSE 100 and FTSE 250 companies, the CEO turnover rate was 16.5% in 2017, compared to a global average of 9.3%.

Jenni Hibbert, Regional Managing Partner, Financial Services at H&S, told the Telegraph newspaper that this high churn rate was due to “external pressures from demanding investors”. “The UK is more unforgiving than some other markets in terms of the demands it places on leaders,” she said. “Shareholder demands, the degree of regulatory scrutiny and the extent to which the media has an interest in organisations mean there is a higher level of scrutiny in the UK.

“There is also a degree of volatility that we haven’t seen for a long time,” she added. “That has led to a heightened pressure. Because of the rate of change, and the rate at which organisations are having to change, someone who is fit for purpose as a leader today may not be fit for purpose in five years’ time.”

Jolly described some of the particular pressures that chief executives face: “You’re not even sure what success means. You have to figure out what your role is. The higher you’re promoted, the more ambiguous your job becomes. This isn’t the 1930s where the ‘great man’ at the top of the company was seen as a genius who could conceive and design a whole process and strategy and then be in ultimate control of it. The role of a CEO is evolving rapidly. Your job is no longer to tell your people what to do and then administer the systems and processes to check they’re working.”

The cliche of it being “lonely at the top” holds true, he said. “As CEO you know that the millennials entering your organisation are much better educated and more qualified that you were at their age. In fact, with your current skillset, you’d never get a job if you were starting out in your sector today. That’s lonely.”

He also cited the challenge of being expected to have all the answers. “People come to you for guidance. Say someone asks you: ‘How should we respond to Brexit?’ All you really want to do is shrug your shoulders and say, “It’s complicated and we don’t really know.’ But you’re still expected to provide an answer. Publicly, you might need to say something that shows confidence. But in yourself, if you’re an intelligent leader, you have to stay with the complexity, the not knowing. That’s uncomfortable.”

Jolly suggested various ways in which C-suite executives can avoid burnout, from protecting their thinking time to making time for family, friends and fitness. “Eat well and get enough sleep,” he said. “Most senior executives are constantly exhausted, which affects your ability as much as if you were drunk. Just because you can spend all night making global conference calls and doing your email doesn’t mean you should. Your energy is finite. Focus on the things you can change and don’t waste effort on things you’d do better to accept.”

He also recommended asking yourself honestly, are you in the right job? “Just because you are successful, it doesn’t mean you have found the right job for you to lead a really fulfilling life,” he pointed out. “Ask yourself what would you be doing if money didn’t come into the equation? Lead your ‘second life’ now.”