Uber underestimated its reputation as a resource 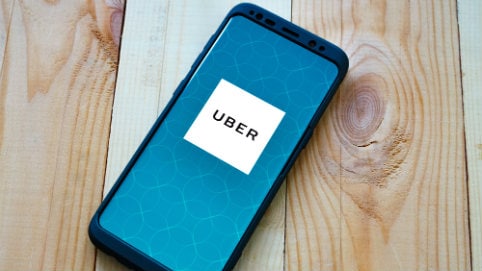 Both Uber and London’s tech scene have been dealt a significant reputational blow after one of the fastest growing companies was stripped of its London licence, according to Freek Vermeulen, Associate Professor of Strategy and Entrepreneurship at London Business School.

The shock decision made by Transport for London (TfL), the mayor’s transport authority, sparked an outcry from customers, drivers and government ministers. A petition to reverse the ban has already reached 600,000 signatures, the fastest-growing UK petition this year.

TfL said Uber, which has 40,000 drivers and 3.5 million customers in the capital, was “not fit and proper” to operate in the city in part due to the company’s failure to report sexual assaults to police.

Dr Vermeulen said: “Uber should have realised sooner that it needed to take action. On the day the news broke, I told a student that Uber was like the Greek mythology character Icarus, who flew too close to the sun and was blind to danger. Uber has been pretty blind because it has ignored important signals.”

Dr Vermeulen sets out 10 commandments for eliminating bad practices in his new book, Breaking Bad Habits. Uber would have benefited from the sixth of these: asking outsiders for their suspicions. “Uber ignored outside suspicions from institutions such as TfL and the public. It was more focused on growing rapidly than adhering to institutional rules.

“Being given a temporary licence was a clear signal that the firm needed to do better; it was basically put on probation. Problem is, Uber has not taken any real action in response.”

There are also key lessons for establishments such as TfL, said Dr Vermeulen. “Institutions are responsible for legislation and they also categorise organisations, but there is no Uber category. TfL said it banned Uber to protect people, but it isn’t set up to deal with a disruptor.

“The message this sends out is that if you want to create a new category in an industry that doesn't yet exist, traditional institutions will try to push you out.”

The Mayor of London has said that he wants to see London “at the forefront of innovation and new technology” but has also warned that companies must “play by the rules”. This is an example of espoused theory versus theory-in-use, according to Dr Vermeulen. “Espoused theory is what we say are our values. Theory-in-use is what we show with our actions.”

Rival firms, such as Lyft, a $7.5 billion (£5.5 billion) San Francisco start-up, are already grappling for a piece of the ride-hailing pie. Lyft has held a series of conversations with TfL and is eyeing the London market.

Dr Vermeulen said: “Uber is a network-based company; it only works with thousands of cars on the road. Most network firms, such as Facebook, operate in winner-take-all markets. For instance, we might choose Facebook over Google Plus because our friends do.

“Uber is different because it’s not exclusive. Customers can have multiple ride apps on their phones and choose the fastest and the cheapest option. The entry barriers for peer-to-peer transport firms are now pretty small. Having said that, they will face some of the same institutional barriers.”

In June 2017, Uber announced it had lost US$708 million (£529 million) in the first three months of the year. Critics have said that compared to other tech giants, it is making giant losses. As a comparison, in the quarter before Amazon went public, it reported losing just US$2.3 million (£1.7 million).

“Uber is losing money on every ride,” said Dr Vermeulen. “Peer-to-peer firms have to do that to build up their network. But I’m sceptical. If I were an Uber investor I would be worried right now.”

Can Uber absorb such a reputational knock as it continues to make colossal losses? Only if it takes swift and convincing action, said Dr Vermeulen.

Its new CEO Dara Khosrowshahi wrote in a public letter on 25 September: “On behalf of everyone at Uber globally, I apologise for the mistakes we’ve made.
“We will appeal [against] the decision on behalf of millions of Londoners, but we do so with the knowledge that we must also change.”

If Uber wants to prove it can change and London wants to continue to be known as a place for innovation, now, Dr Vermeulen said, is the time for action.