Strategy
Save to my profile
Only a third of senior managers can correctly identify their firms’ top three priorities, a survey has revealed. 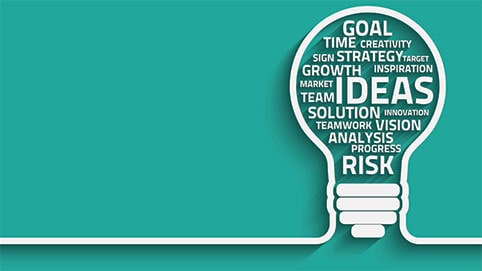 The survey of 11,000 senior executives, leaders and managers from more than 400 companies, including participants on London Business School's Executing Strategy for Results programme, was designed by Donald Sull, a senior lecturer at MIT Sloan School of Management and London Business School Teaching Fellow, Rebecca Homkes.

Rebecca Homkes, Teaching Fellow of Strategy and Entrepreneurship, London Business School, says: “For firms to execute a strategy well, that strategy must be clearly communicated and understood, throughout the organisation.

“Most surveys do a poor job of assessing how well strategies are communicated and understood. In our survey* (Sull and Homkes) we asked people to list their company’s top three to five priorities. The results are not good news. Even with five tries, on average, only around 50% can list the same one priority. Only a third can list their firm’s top three.”

The result is only slightly more than half for those involved in developing the strategy.
It’s a fairly bleak statistic, but that’s not the only de-railer of execution in large organisations. When cross-company co-ordination comes into play, things really break down, as Homkes explains: “When it comes to relying on teams in other departments or business units, senior managers trust their colleagues to deliver all of the time, less than 10% of the time.”

This leads to endemic mistrust and over-commitment. Senior managers, who cannot rely on others, tend to do the job themselves or let their own commitments to others slip, which only compounds the problem.
“It’s little wonder that over-worked executives stretched too thinly across tasks that often don’t even need to be within their remit, lose sight of the firm’s priorities”, Homkes says.

This persistent issue results in a huge amount of duplication, inefficiencies and perhaps most damaging, passive commitments.

“It’s not always malice or ill-will that lead to cross-department (horizontal) commitments breaking down”, Homkes explains. “People are taking on huge volumes of work to ensure a job well done, but they also feel they cannot say no”. The tendency is to say ‘yes’, but then certain things just don’t get done. That’s when things start to break down.”

Some firms have taken bold moves to buck the trend and rid themselves of the ‘never-say-no’ culture and faux-commitments that go un-kept. These include having “no” cards, which encourage employees to say no a few times a year so that when they do say yes, colleagues can rely on them to deliver. Another tactic is ‘no response @’ email addresses encouraging employees to report colleagues who fail to respond. You can still say no sometimes, but you have a commitment to at least respond.

Large firms with multiple business units, operating in a number of different geographies, have to get to grips with horizontal co-ordination, Homkes believes. And dysfunctional compensation measures must catch up. Ultimately employees will follow the money and if that’s coming top down, they will prioritise delivering on commitments to their own business unit bosses over collaborating with other departments.

“It’s a real problem”, Homkes says. “Top down hierarchy and the systems and processes that follow, simply don’t cut it when you’re trying to deliver integrated solutions to customers.”

So what do teams do when going it alone is no longer an option?

Faced with mistrustful silos, many firms reach for matrix management as the go-to solution. But it is not the silver bullet some have thought, as Dominic Houlder, Adjunct Professor of Strategy and Entrepreneurship, London Business School, explains: “A matrix structure simply highlights the need for coordinated efforts. But that need can only be met where the personal commitments between key players in your organisation are strong and effective. Informal, personal networks trump formal structures every time. Those networks need to be known and nurtured.”

Firms that want to trim the fat and please the customer will ultimately have to get over commitment phobia. Voluntary, transparent commitments linked to the overall objectives of the company might seem like a simple solution, but experts at London Business School believe they could be really quite powerful.