Trump spurs on LBS alumnus to run for Congress

Brian Forde believes the US president’s domestic policies are flawed 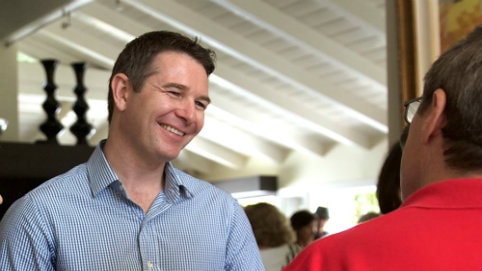 The former White House technology adviser to Barack Obama is running as a Democrat candidate in Orange Country, California. He joins several other Democrat candidates hoping to replace Mimi Walters, a two-term Republican.

When announcing his campaign, Forde said he would fight against the Trump-Walters agenda.

Forde, who has an MBA from LBS, is a senior lecturer at the Massachusetts Institute of Technology. In his campaign launch video, he talks about the US government needing more tech experts.

“We need more people in government who understand how technology impacts our society, our economy, our civil rights and our jobs,” he said.

“Today, more than a third of Americans work for themselves. If we love the convenience that that provides us we also need to be able to develop a healthcare system that can support people starting out in this new economy.”