Too cool to rule? Theresa May and limits of logic

Save to my profile
The Tory leader failed to win people’s hearts in the run-up to the election, says LBS’s Randall S Peterson 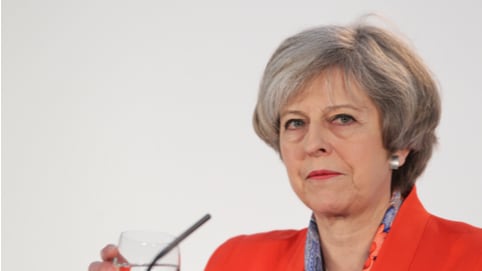 On the morning of 9 June 2017, Britain woke up to discover that Theresa May’s confident decision to hold a snap election had spectacularly backfired. The results reflect May’s failure to appeal to voters’ emotions, according to Randall S Peterson, Professor of Organisational Behaviour and Academic Director of the Leadership Institute at London Business School (LBS).

“Jeremy Corbyn kept making an emotional point, over and over again: ‘Have you seen that there are people suffering?’ He appealed to people’s hearts and their conscience. Theresa May, by contrast, appealed to the head and the practical realities of the situation we’re in,” Professor Peterson said. “But as human beings we’re 50% rationality and 50% emotion. Political leaders need to appeal to both.”

May should in theory have had the upper hand, said Professor Peterson, because many people distrusted Corbyn’s ability to successfully negotiate Brexit and Labour’s policies were “economic recklessness”. “But there was just that repeated line, ‘Strong and stable leadership’ – what does that mean? We want more than strong and stable, we want inspiring! We want emotion. She badly misjudged that.”

May’s refusal to take part in the television debate was the turning point, suggested Professor Peterson. “She’s too detached, she’s unemotional, she’s not engaging people as human beings. That served her well as Home Secretary but it’s a disaster as Prime Minister. It’s a completely different role: she needed to change her strategy.”

Professor Peterson said that May’s tendency to maintain a low profile and to keep her cards close to her chest had worked against her. Her desire for secrecy around Brexit, for example, was strongly criticised. “As Home Secretary you have to keep lots of secrets and stay out of the firing line. It’s almost as if she learnt too many lessons from being a successful Home Secretary.”

Referring to a recent London Business School Review article by Nigel Nicholson, Professor of Organisational Behaviour at LBS, Professor Peterson added that May seemed not to have understood that there is a difference between campaigning and leadership. “Her unwillingness to campaign and actually ask for the job was astonishing.”

He also pointed to May’s reaction to the terrorist attacks in Manchester and London. “Her response was, ‘We will keep you safe at any cost and if human rights laws are getting in the way, we’ll change the laws.’ That was jaw-dropping. What are we being protected for if we don’t have liberty? Again, there’s a sort of mechanical logic to it but there’s also a complete lack of understanding that people have an emotional need for autonomy and freedom.”

May was once described by a Home Office insider as “calm, cool, thoughtful, reserved, enigmatic”. When once asked if she would be celebrating her long tenure as Home Secretary, she replied, “No, I am not somebody who celebrates those sorts of things. Frankly, I just get on with the job.” Is it ironic that she may soon be out of a job?